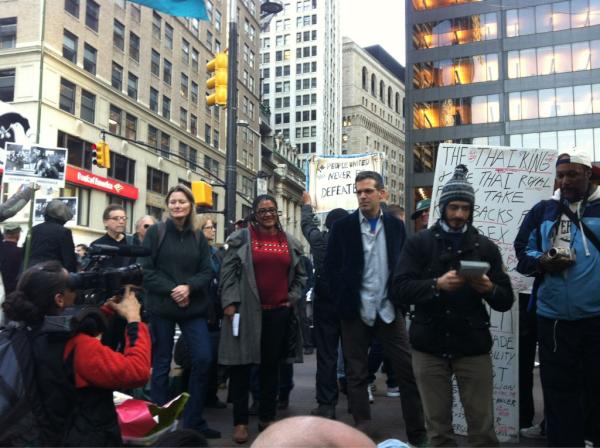 – Susie Cagle, a member of the press, writes about her experience being arrested while reporting Occupy Oakland, and of misleading information given by the police, and of outrageous sexism and sexual harassment on the part of her jailers.

– A video from Occupy Oakland, showing a cameraman being shot with a rubber bullet, while peacefully filming.

– A news report describing some of the details of the video clip above.