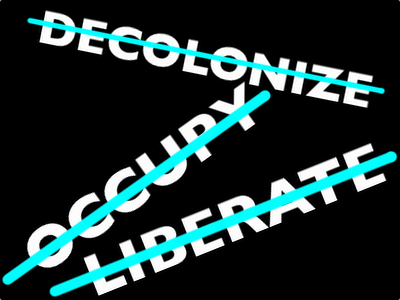 Some human being decided that tonight, he was somehow empowered to tell the rest of us how it is, and how it is going to be. Well, fine. I respect a person’s right to talk about crazy made up things, like nation-states, politics, and the general good of our economic situation. Some might enjoy it, I suppose, as background noise while the highways decompose and the sound of marching boots in the street outside grow ever closer.

But I thought I might take the occasion to add my own words. Not about the State of the Union, which is, frankly, mostly unimportant to anyone not running for re-election. Instead, I submit, if I may, an address on the State of the People. From one person, to other people, here’s how I see it.

Thank you for giving me the opportunity to address you tonight. Thank you for allowing me, as one of your own, to speak amongst you and to you as an equal. I do not speak for you, of course, but only within our entirety as a single fragment of our whole. I write this address as one of the people, and only one of them. I am one who levies the responsibility of personhood at himself as much as to others. And I am nothing more. I say, absolutely, It is privilege to do so. To speak as simply one person to several others who join me in life upon this planet, is perhaps the act that makes us most human.

This privilege has not been as widely available of late, not nearly so universal as we hoped. The situation is grim indeed for human beings that want to express themselves among their compatriots. As if the media environment was not already unfriendly enough, overrun by feudalism of the word, the strip mining of communication for the colonial capital it may yield to advertisers. As if the double agents of obfuscation and intellectual oblivion weren’t running rampant across the channels, poisoning our waters with divisiveness, racism, fear, and depression.

In this terrain, upon which people such as myself and yourself already work our minds raw to be able to think clearly, new obstacles have been thrown before us. Things are getting rougher for self-expression by the day. We have seen Internet Censorship be proposed as a defense of jobs. We have seen indefinite detention been used against so-called “enemies of the state”. We are now hearing propositions to strip the few defenses left in what they call “citizenship” at the whim of the government, so that opposition may not just make dissidents of us, but literal non-legal persons. And facing dangers such as these, we are told to cheer up and go online, because a corporation like Facebook is the answer to our cries for free speech.

It was not too long ago that we looked forward to a future full of idealism for speech. We were told by the few humans that claim to be in charge that technological tools would make us free. We were directed to videos of our fellow humans in Tunisia and in Egypt, and shown the promise of the speech that would exist when every one of us had bought an iPhone. Now, we take another look. We see Egyptians shot by police with weapons sold by the “land of the free”. We see our democratizing devices made by workers whose only remaining organizing tactic is the suicide pact. And then we look back to the campaign stage. There, behind the podium, that same sick, slick smile is waiting. White teeth. A bit of pink tongue. “Idealism.” The word undulates off that bit of wet muscle. And then the hand extends.

These few compel us to “do what is right”. Their police compel you to go inside, to keep quiet, to leave the chamber. The courts compel you to decrypt your computer. The banks compel you to pay another surcharge. And we are all compelled to vote. Once every four years. For one person who him or herself is compelled, perhaps by a god, to tell us all what is best for us. What is best for an age of freedom, for a zone declared a democracy, for a people who value their liberty above all else–for all of this supposed idealism, there is an awful lot of compulsion going on. There always has been, and we are not so naive to believe that because it is the present day, the badge on the chest of the police officer will have suddenly be a comfort to us, or that the gun at the officer’s waist will suddenly be used to defend our safety. We see the knife in the outstretched hand.

We are not unaware of the facts–you and I. It is hard to be unaware when the facts are constantly rubbed into our faces. When our politicians spit on us and tell us to bathe, it is difficult to forget. When we lose our jobs so that our bosses may buy new cars, it is hard to ignore. When the debts pile up, when our banks harass us by phone and by mail, and when the clerk at the cell phone store tells you that his company doesn’t want you as a customer because of your credit rating–these facts begin to collapse into a thesis. We begin to remember. Our politicians, our bosses, our banks, and our credit ratings–these things are not ours at all. They are aspects of control, that are forced upon us. They are not part of us, as people. They are part of the state of compulsion, prodding us, pleading with us, placating us, to “please, get in line. Stay in control. Think about the future. Do what is right.”

We remember what is actually ours, even if it is small and ignored. It is our voice. It is in our power to continue to speak, despite what overwhelming forces are brought against us to drown out the sound. When they take away our amplifiers, we repeat each others words so that they can be heard. When they tell us not to gather, we separate, while continuing to speak. When they tell us we cannot even speak to each other we simply stand, and in silence, say the omnipresent fact that we all know well: they can’t take that away. They can beat us, gas us, even shoot us. The human way is one of constant communication. That will never be destroyed.

Threatened in this way, our power of communication is reaching out, and remembering something else. It is not just a voice that we have. As we speak out, we remember the hands that hang at the ends of our arms. These hands build things. These hands hold each other. These hands ball into fists. These hands start twitching when these eyes see injustice. And when the voice has said its piece, and laid out our ideas for what we want to happen, it is only these hands that are going to get it done.

This year will be the year of the hands. As our voices face challenges, our hands reach downward to push us back up off the ground. They reach forward to defend ourselves against the blows of batons, and the spray of caustic weapons. Our hands reach out to either side of us, to find the hands of our partners and our compatriots, to pull them up along side us, to lock our arms tightly against those few that would attempt to prevent us from continuing our existence as humans.

Let me remind you through this address, my fellow humans, of our hands. Let me speak to you about these tools we are born with, which can be cut off from our bodies by violent blades or bomb blasts, crushed in the machinery of industry, or neglected and allowed to die of disease and disuse. Our hands can be taken from us, but we are born with them by nature of what we are. I look at my hands as I write, and I look out your hands as you hold them. Perhaps they are by your sides or in your pockets. Maybe they grasp tools, for building, manufacturing, or for communicating. Or they might even form gestures, either of derision or support. But they are yours.

These hands do incredible things. They reach inside of machines, and figure out how they work, learning the art of manipulating the controls to accomplish what we want. These hands dig into the soil, creating beds for seeds to sprout, and water for channels to flow. They build the structures that the government refuses us, either through malice or ineptitude. The hands, like the feet, make these streets into our streets.

I have seen your hands, in concert with my own, accomplish all of these things and more. I expect them to take on a great many more tasks in the near future, as the situation gets more dire, and our resolve increases. As we learn exactly what we can do, and we teach each other how we are going to do it. Today, on this day that one person decided was a day of giving addresses to people, I speak to you about our hands. But in the near future, our hands will be speaking for themselves.

The State of the People is, in fact, not an address at all. The State of the People is action. It is the act of speech, and the act of beginning to do what we are talking about. It is not a statement about something so meaningless as national borders. It isn’t a lie, told in colorful words, about what one human being is going to do for others, so that the vast majority of our species may relax about the threats to their freedom while a meager few take control. The State of the People is of calluses, and of tools. It’s made of skills, and lessons learned. It’s about the things we have accomplished today, so that we can plan the things we are going to do tomorrow.

And because it is already your action, you don’t need to know the State of the People, and you don’t need me to tell it to you. The only people who need to hear it, are those who think their speeches are more important than what we are already trying to tell them–more important than what we are trying to make with our hands. The State of the People is that we don’t need anyone to tell us what is good for us. We aren’t going to be compelled by any of us. We don’t rely upon any of us. We only rely upon all of us. Hand in hand, and voices together: that is the only state we need.

5 comments for “State of the People Address”