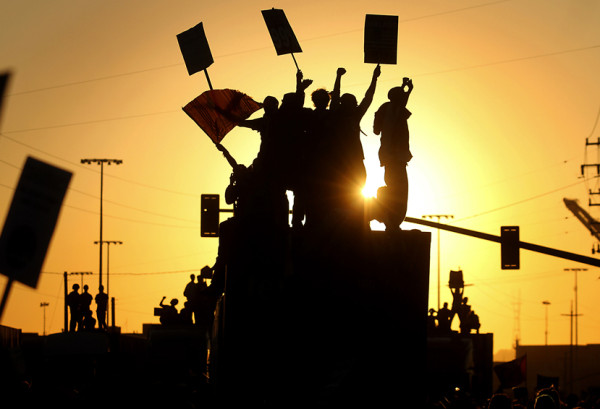 David Cagle, father of Susie Cagle, comments on his daughter’s arrest at Occupy Oakland last night, as she covered the event with a press badge.

Aaron Bady, (aka zunguzungu)’s long and thoughtful narrative, with photos, of the Oakland General Strike’s occupation of the Port of Oakland and a building, yesterday.

Also check out the Occupied Oakland Tribune, mentioned by Bady in his essay. (Solidarity with Occupied Media!)