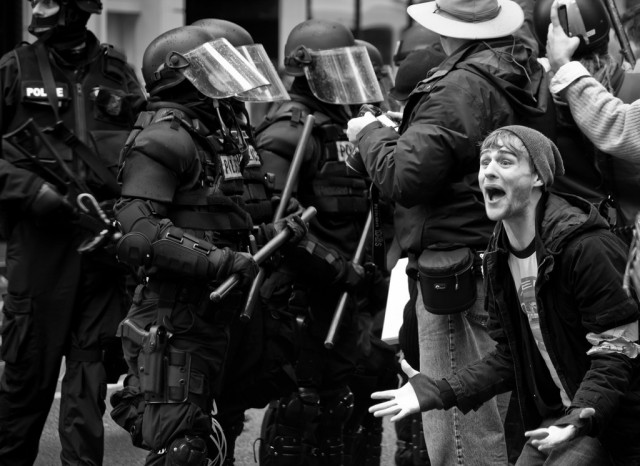 Portland’s encampment was evicted Sunday, Wall Street’s encampment Monday, and other big camps were broken up this past weekend in Oakland and other cities.  The show of force by police on November 17 was massive. The mayors are conspiring with each other in a coordinated effort to put an end to the Occupy movement, and I believe that they are not the only members of our government who are scared right now.

And they should be scared. With the technology that we possess we are able to form groups and communicate with other groups all around the country in an instant. There is a unified, unarmed militia that has a presence in most major cities right now and the government wants to shut it down before it shuts down the government. They are scared. They will try their hardest to use the corporate media to persuade the gullible into believing whatever it is they want them to believe. They will try everything in their power to discredit this and EVERY OTHER movement that may come up in the future.

Find common ground with your neighbors, your friends, your perceived enemies and every person you come across because the government has deliberately pit us all against each other. They want us to argue with each other and to become enraged to the point that we wish death on those who don’t fully agree with our opinions. We need to put an end to the division that keeps us all from coming together, the division that has been manufactured through petty issues and debates which are only meant to mask the true intentions of the powers that be. When we all come together, our leaders will fall to their knees and beg for mercy. And maybe, if they’re compliant and willing to put an end to the charade that they are currently playing, we might show some of them a little bit of mercy. 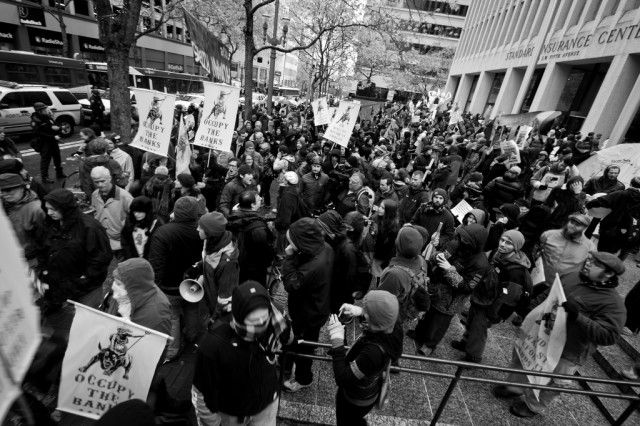