By K. Kendall, with photos by Kendall and Paul Cone. 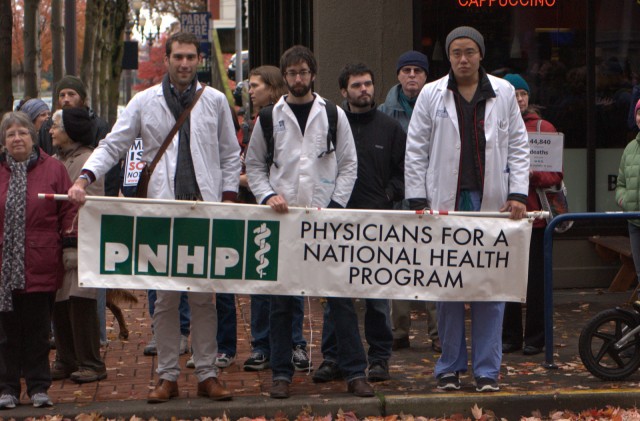 According to Dr. Paul N. Gorman, specialist in geriatric and internal medicine, who was one of the speakers at today’s March for Universal Health Care, “It’s time to get the 1% out of the way so that we can have the health care that every Oregonian deserves.”

Gorman continues, “We’ve been told no one is clear about what we want. What we want is very clear. This is our manifesto:

“First, health care for everyone in America. Cradle to the grave.

“Third, patients and their doctors make decisions; those decisions aren’t made in back rooms and board rooms.

“And fifth, no one should go bankrupt because of health care expenses.”

About a thousand citizens attended the rally at Salmon Fountain, after which they buried 558 crosses, representing the 558 uninsured Oregonians who die each year because they lack health care.

The large group marched peacefully, in two large groups. They used the sidewalks instead of the streets. They stopped for traffic. They proceeded without incident, and without a single police officer to escort or obstruct them,  to Pioneer Square and then back to Ankeny and 3rd. 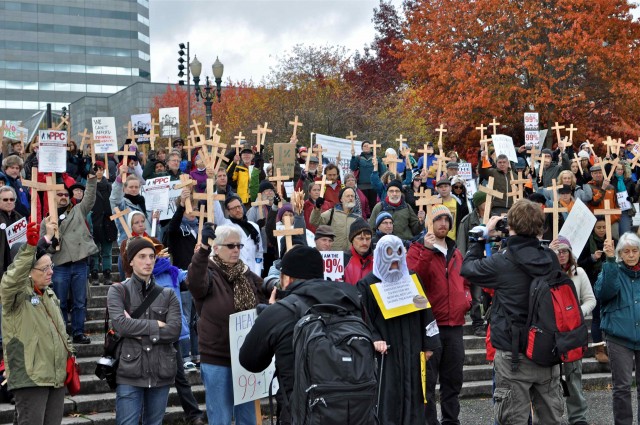 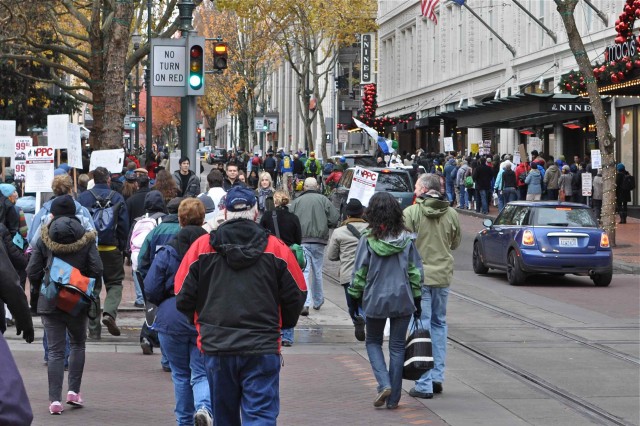 Marchers stay on sidewalks with no orders from police. 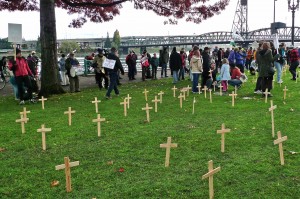 VERMONT DID IT! SO CAN OREGON… 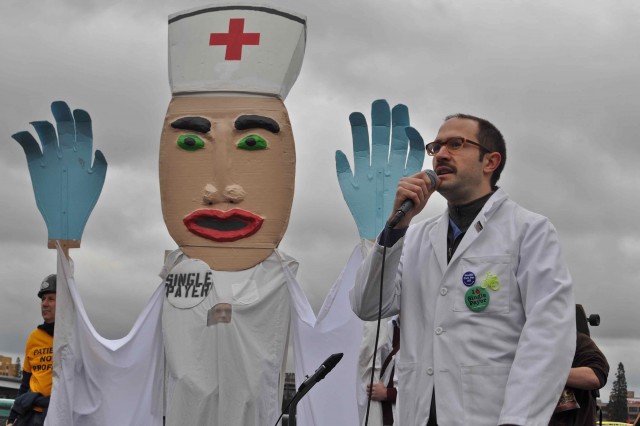 The Vermont Workers Center was part of the political action that granted single-payer health care to every citizen of Vermont. According to a flyer distributed at the rally this morning,

“Last June, Vermont signed into law a plan to create a statewide, universal health care system. Now the spirit of Vermont is coming to Oregon! Come hear from Kate Kanelstein and Sarah Weintraub, two organizers with the Vermont Workers Center, whose three-year campaign convinced the Vermont legislature to declare

health care is a human right.” After their presentation on December 17, break-out groups will give local folks the chance to take part in the campaign for universal health care in Oregon.”

The workshop is sponsored by Jobs with Justice, Oregon Single Payer Campaign, CIO , APANO, and KBOO.

5 comments for “Many Doctors, No Cops”