Surprise! Come to the south park blocks between Jefferson and Columbia, the newly christened People’s Park.

I’m Nate Perkins, and I’ll be your liveblogger today. Other sources of information include occupyportland.org, livestream, and @OccupyOregon.

10:32 – underwear party until the cops let people set up tents

9:49 – Don’t forget about the Single Payer Healthcare March today at Naito + Salmon at noon. And the 10pm candlelight vigil at City Hall.

9:31 – Police van showed up. The cops who got out of it are now taking down signs.

9:26 – Tarp wall is being removed by the blue-gloved cops. About a dozen total cops present now. ~50 citizens.

9:13 – Warning has been given to the camp that structures, including the tarps around the edge of the park, will not be permitted and will be seized. Fire inspector, on the other hand, defines tarps hanging from ropes as a canopy, not a structure.

9:02 – Citations being written for people setting up tents

8:43 – Library here in limited capacity, a small selection of books handpicked by our beloved Lumena. Fantastic day to read in the park.

8:34 – Camp is being set up. Tarp barrier in progress. Two camp entrances, at the north and south ends. Info desk 3.0 is here! Come get info. 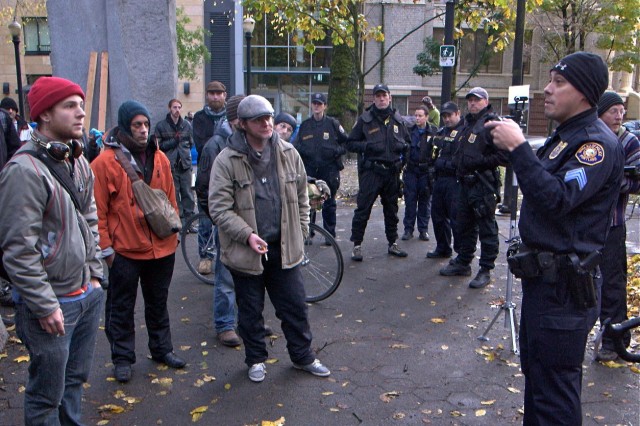 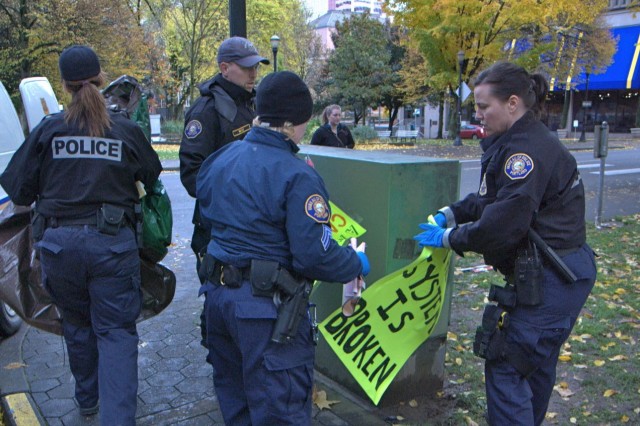 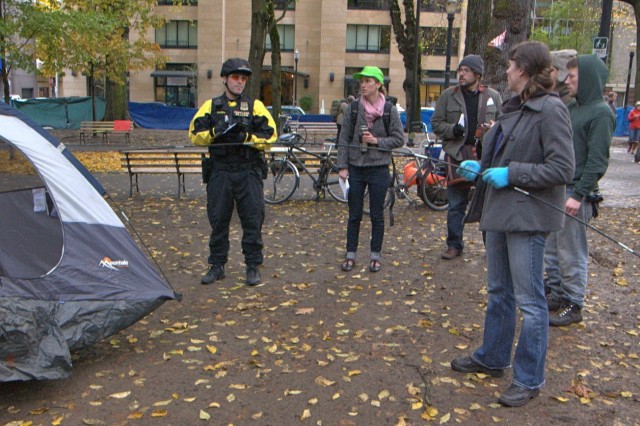