If you’re reading this in Portland, the Occupy Calendar is now being kept here. Please check daily.

A number of actions are planned for today, Saturday 19 November.

Current: New Occupation now forming at Park and Jefferson. People are invited to be present and support the occupation.

Noon: Rally and meetup at Salmon & Naito. March for Universal Health Care. Occupy Portland, along with many other organizations and other Occupy groups, will join in the “Universal Single Payer Healthcare March.” The rally will meet at noon at Naito and SW Salmon, march past the Saturday Market and Pioneer Square, and end by placing 558 crosses in Waterfront Park in memory of the estimated 558 people who die in Oregon every year because of lack of health care.

10 p.m.: Vigil at City Hall. In the words of one Occupier: “I want the vigil to allow people to connect quietly with the heart of our movement and the lives of those displaced by the eviction. I know that many of the houseless people who were served by our camp are experiencing extreme hardship right now, and that is a primary focus of this event: the poverty of our society and the commemoration of the hardship that some of our supporters now experience nightly.” 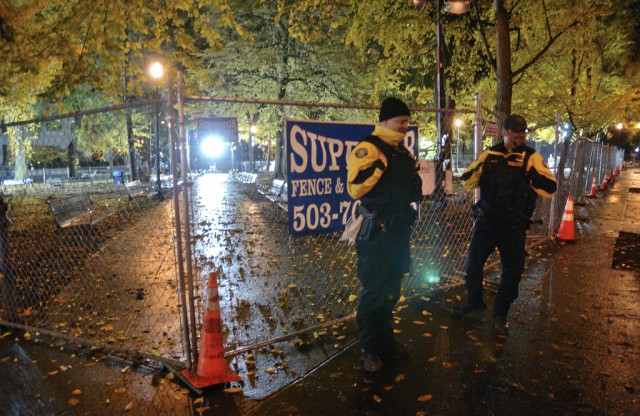 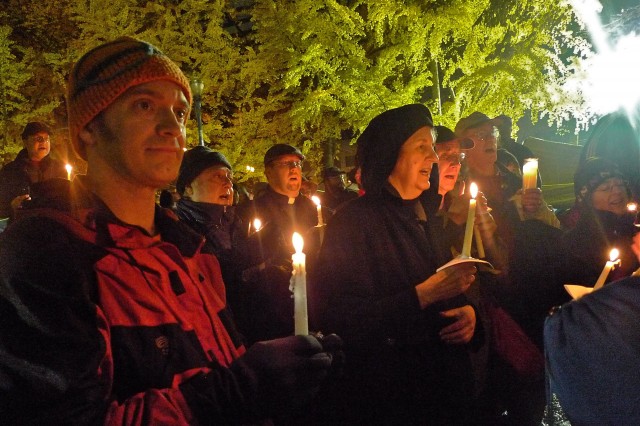