Decades Ahead of His Time 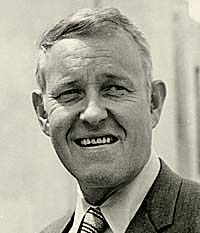 Tom McCall (1913-1983), Oregon’s Republican governor from 1967-75, was an occupier decades ahead of his time.
In his official capacity as governor, he supported a multi-day encampment in 1970 in which there was food donated by the local community, free medical care, classes, teach-ins, and of course, rock music.  It was called Vortex I: A Biodegradable Festival of Life. It is the only state-sponsored rock concert in American history.  It took place at Milo McIver State Park near Estacada and is described in a book called The Vortex Baptism, by Matt Love.

According to Ted Mahar, writing for The Oregonian, McCall staged the festival as a way to ease tensions in the city during an American Legion convention he expected local hippies to protest. Whether or not that was the underlying motive, Vortex I was Portland’s Woodstock, and it was Tom McCall who made it happen. 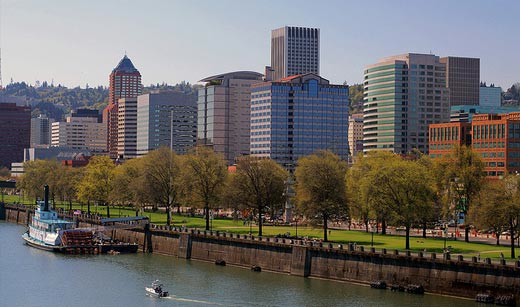 Tom McCall Park, which runs along the west side of the river in downtown Portland, was once a freeway.  In the 1970s, the freeway was removed and replaced by trees, grass, a promenade, water features, memorials, and benches. It provided just the ambience Occupy Portland needed for its genesis.

What is the legacy of Tom McCall?  Brent Walth, in Fire at Eden’s Gate: Tom McCall and the Oregon Story, writes,

“McCall entered office when Oregon’s heartland river, the Willamette, ran poisoned by the industries and the population growth of its valley.  When he left office, the Willamette ran clean. His administration tamed mills that for years had stained the air and water with impunity. He left behind the nation’s toughest land-use laws. Through opportunism and force of personality, McCall ended forever the threat of private development of the state’s public beaches.  He won the first mandatory bottle-deposit law in America, which freed Oregon’s streets and beaches of bottle and can litter.  When the nation found itself in an energy crisis, McCall was the first political leader to demand –and receive–action on energy conservation.” (Walth, p. 3)

McCall’s legislative achievements and legacy extend even wider and deeper.

For a sampling from a long career of uncommon political courage, consider this gem from 1971: McCall vetoed a bill sponsored by the farming industry to prevent migrant farm workers from forming unions to address issues such as low wages, poor housing, and the use of health impairing pesticides.  Standing up to corporate interests, McCall showed, again in Walth’s words, “…he was not the governor of powerful interests but of all those who lived and worked in Oregon.  That included the migrant workers who lived amid poverty and who had no one in Oregon government to speak for their concerns.  McCall spoke for them” (p. 336).

There is a statue of McCall in the window of the Oregon Historical Society on the Park Blocks. The museum offers free admission for residents of Multnomah County.  If you’re in or near Salem, you’ll see the bigger than life-sized statue of McCall on the river’s edge just a short walk north of the carousel. Read about the man, if neither of those options are immediately available. Actually, read about him either way. 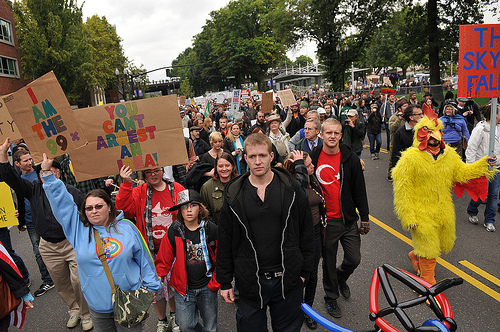 There is a reason Occupy Portland is so strong, so varied, so diverse, and so deep.  The spirit of putting people over profits, creating livable communities, and linking our choices today with the distant future, are all key parts of “The Oregon Story.” Tom McCall is one of the authors of that story.