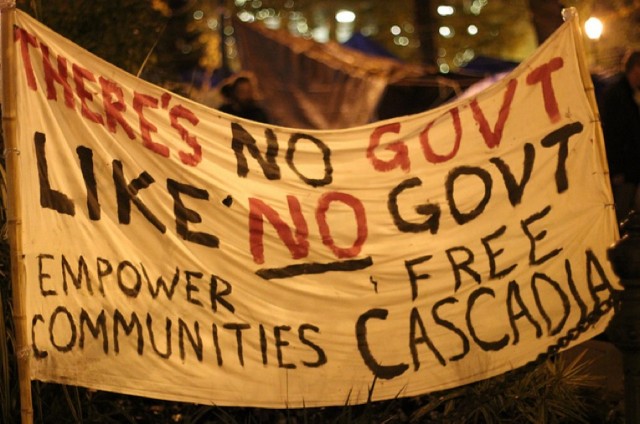 (Author’s Note: I’ve chosen not to capitalize the terms “republican” or “democrat” because I have no respect left for them.)

It’s no secret that the republican party exists to maintain power for the 1%. This week, republican Governors from around the U.S. met in Orlando, Florida, the future site of the 2012 republican convention. One of the questions that came up during a strategy session was how these Governors should best respond to constituents that see themselves as the 99%. Frank Luntz, a republican strategist, offered these pearls. I’ve taken the liberty of assessing them from a 99% perspective.

Aside from the fact that republicans even need a slimeball like Luntz to teach them doublespeak when it comes to addressing the 99%, what’s really disturbing is how dang easy it is to manipulate the masses. I’m not going to let them get away with it, and I hope neither are you. Exerpts were borrowed from Chris Moody’s Yahoo News article summing up the do’s and don’ts.

“I’m trying to get that word removed and we’re replacing it with either ‘economic freedom’ or ‘free market,’ ” Luntz said. “The public . . . still prefers capitalism to socialism, but they think capitalism is immoral. And if we’re seen as defenders of quote, Wall Street, end quote, we’ve got a problem.”

–Keep saying “capitalism”, say “free market”, say “economic freedom” – because regardless of what it’s called – it’s NOT WORKING. Both democrats and republicans know that if they defend Wall St in public, they’ve made an enemy in the 99%. Meanwhile, we should not be afraid to use the words “socialism”, “anarchism” and “communism”. The word I’d like to define is “STATISM”. It’s important to understand that this word describes a country in which one central government owns and runs everything from politics to military to the economy. From my conversations at Occupy, statist-communism and statist-socialism is not the future we’re hoping for. It’s too easily corrupted and it’s over-reaching. We need AUTONOMY first! Let’s stop telling each other what to do and just start doing what works for us and our communities.

Now for the three scary words – COMMUNISM, SOCIALISM, and ANARCHISM. When statism is taken out of the equation, communism and socialism need redefining, for our cold-war education has left most of us with no concept of what these terms mean if “the state” is not in charge. All three refuse to accept a hierarchy – a second of the tenants of Occupy across the globe. If I and others at Occupy have our way, these tenants will be paving the way to our future.  This is why Occupy scares the 1%.

–This will be a challenge. How do we portray the 1% as lazy Americans taking money from the real hard-working Americans, oh how!? Did someone say “predatory lending practices”? “Debt crisis”? “Foreclosures”? “No jobs”? “Unfair tax rates”?  “Trickle-down economics?”

3. Republicans should forget about winning the battle over the ‘middle class.’ Call them ‘hardworking taxpayers.’

–So the republicans think the 1% are hard-working taxpayers? Looks like it’s time for an independent audit of the 1%!

“Everyone in this room talks about ‘jobs,'” Luntz said. “Watch this.”

He then asked everyone to raise their hand if they want a “job.” Few hands went up. Then he asked who wants a “career.” Almost every hand was raised.

“So why are we talking about jobs?”

–Whoa. I completely agree with this. Dang! We should be talking about careers instead of jobs. Careers, vocations, trades, skills people can be proud to have. Skills they can pass down to their children or an apprentice. Skills that do not include the proverbial “flipping of the burger”. If we want to live in a society that values real skills and careers over jobs, can the 1% fork over some money already to actually fund schools to teach these skills?

Appalachian farmer-philosopher Wendell Berry described the old way in which an apprentice learned their trade and I’d like to share this method with you, dear reader – This young person would go to an established professional in their field and offer a certain sum for 6 months of education/room/board. After the six months, the teacher would then potentially hire on the student for an additional six months and return them the funds while providing room/board. Fair? Seems so.

“It’s not about ‘government spending.’ It’s about ‘waste.’ That’s what makes people angry.”

–Waste absolutely makes people angry. And when we recognize, as a whole, that most of government spending IS waste, then the real work will begin. Local tax collection for local communities!

–We, the 99%, don’t want compromise either. The republicans can say whatever they want. The Occupy Movement operates on the principles of autonomy and no hierarchy. Let’s keep our message strong. It will mean that the messages of the democrats and republicans will fall away when more of us realize that their goals are absolutely counter to what the 99% want.

7. The three most important words you can say to an Occupier: ‘I get it.’

Then, he instructed, offer Republican solutions to the problem.

In the meantime, let us continue building the lateral power structure we want to live by, through general assemblies and spokes councils. We are taking back our democracy one community assembly at a time.

Use the phrases “small business owners” and “job creators” instead of “entrepreneurs” and “innovators.”

–Republicans pretend that the 1% are job creators and that in order for them to create jobs, we need to keep corporate taxes low. We know that “trickle-down economics” doesn’t work. It will never work. The work we need is work that feeds local communities, creates local infrastructure, and provides local services. This requires money to be circulated locally. So by that logic, keep investing locally! Credit unions keep money local. Eventually, we can move to using local currencies, which keep communities strong. There’s no need for us to waste our tax dollars supporting a failing system which does nothing but protect the interests of the 1%.

9. Don’t ever ask anyone to ‘sacrifice.’

“There isn’t an American today in November of 2011 who doesn’t think they’ve already sacrificed. If you tell them you want them to ‘sacrifice,’ they’re going to be be pretty angry at you. You talk about how ‘we’re all in this together.’ We either succeed together or we fail together.”

-The republicans are not going to ask the 1% to sacrifice. They’re asking the 99% to sacrifice. Why is that? Could it be because they’re protecting the interests of the 1%? They certainly don’t believe “we’re all in this together”. If that was the case, taxes would have been raised on the rich long ago.

It’s up to us, the 99%, to understand that we’re all in this together. We must strengthen the bonds between us. We must discard the ideas of libertarianism and understand that if we want healthy communities we will need to work together, look out for each other, and take care of one another. A perfect example of this is the current foreclosure crisis. When one of us is under threat of losing our home to the big banks, it’s up to all of us to come together and defend that home. This is happening nationally and should be happening in Portland, too.

Tell them, “You shouldn’t be occupying Wall Street, you should be occupying Washington. You should occupy the White House because it’s the policies over the past few years that have created this problem.”

The revolving door between Wall St and Washington is the 1%’s favorite door. The elected official that no longer holds office slips out the back to join a lobbying group to fund their friends. The executive from Monsanto gets appointed to the Food and Drug Administration. We point our fingers at both Wall St. and Washington.  At the same time, we’re actually doing something about this door. We’re creating the foundation of a new democracy and sealing out their entrance. This is really what scares the 1%.

Luntz advised that if they give their employees an income boost during the holiday season, they should never refer to it as a “bonus.”

“If you give out a bonus at a time of financial hardship, you’re going to make people angry. It’s ‘pay for performance.'”

–Let’s make sure that this Christmas, the only “pay for performance” that the 1% get will be plenty of SHAME and PUBLIC OUTCRY. Let’s demand that the 1% spend their bonuses on cleaning up their mess. Perhaps it’s time the 99% create a charity that dispenses funds to teach sustainability and stewardship.