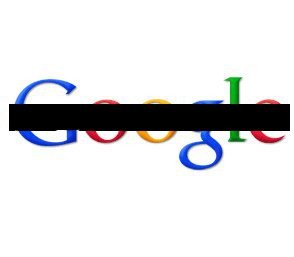 “You can make money without doing evil.”

This just begs the question: “What does Google define as evil?” Evil, if Google’s philosophy is to be the source of divine inspiration on the topic, is not to be defined as setting old people on fire and kicking them down a flight of steps, does not include tossing kittens into wood chippers, and does not mean operating a tightly knit system of surveillance monitoring their users activity across all of their services over the internet so that their privacy can be packaged like spam and sold to the highest bidder. Evil, according to the bullet points in section six of their philosophy, is inaccurate keywords in ad searches. That’s it. Ted Bundy had a more highly defined grasp of good and evil.

This is unfortunate because you poor schmucks that downloaded Google Chrome so that you could install Google Desktop in order to reach Google Groups via Gmail so that you could find a sample of literature on Google Books that you’re considering buying on Google Products as reference for that thesis you’re writing in Google Docs and hope to post on Google Plus, are screwed. Effective March 1st (be sure to mark it on Google Calendar) of this year when Google’s privacy policy changes, you’ll be a fly in Google’s web.

On the bright side, Google (long rumored to be a CIA front) most likely anticipates that shareholder dividends will rise when, under Google-friendly NDAA legislation and mutual investments by Google and the CIA in Recorded Future, your information is sold to and utilized by the military. Employment will probably rise as goon squads are hired to kick your door in, hog tie you and spirit you off into the dead of night (Don’t want any evidence of the mass abductions popping up on Google Images). Bureaucrats need to handle the paperwork transforming you from a human into an enemy combatant, a pilot needs to fly you to Guantanamo (or some other black site around the globe- you might want to check Google Earth on that), and a crack team of sadists need to be paid to squeeze your testicles in a vice while waterboarding the truth (or their version of it) out of you.

What are the changes to Google’s privacy policy? The change is that you will have none. The current ability Google users have in their privacy settings to opt out of Google analytics, ad preferences manager, and the sharing of information across the 60 different services that Google offers. will be eliminated. Everything you do in the spider web of Google services will be logged, sifted, analyzed, and sold. This is of particular concern because this will all be connected to Google’s new social network, Google Plus. The FBI has recently released a statement announcing that they are now actively monitoring social networks.

Maybe after reading all this, you think you shouldn’t have any concern because you think you have nothing to hide, or someone has told you that you have nothing to hide (at which point you should determine which one they possess, a badge number or a diagnosis code). Just because you are engaged in non-violent resistance that you believe to be culturally acceptable, this is not “nothing to hide”. Recall that the Social Democratic Party occupied the majority of seats in the Reichstag right up until June of 1932. Shortly thereafter, they occupied the barracks in Hitler’s new concentration camp system.

4 comments for “Google Changes Business Model to “Do Evil””