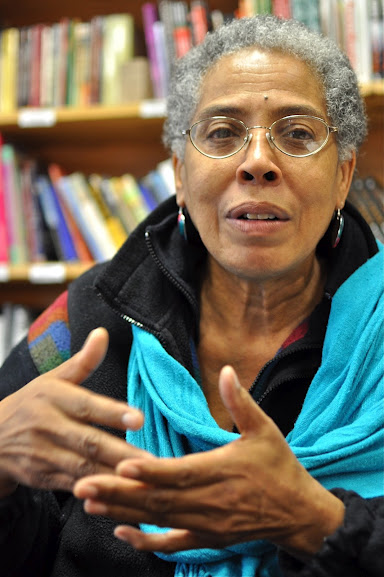 Cindi Fisher is trying to save the life and sanity of her 34-year-old son, Siddharta Fisher, and she wants our help.

Siddharta was identified as “gifted and talented” as a child. He was the Washington State Chess Champion at the age of 11, and when he was 12, he won an award from Johns Hopkins University for outstanding performance on scholastic tests. However the following year he entered a mostly-white junior high school where, simply because he was Black in a racist environment, he was ridiculed, feared, maligned, and falsely-accused of stealing someone’s coat. (His father was a pharmacist and his mother a teacher; he didn’t need to steal a coat. In fact his mother explains that when Police apprehended him, he was returning the coat, which he took from the person who did steal it.) That incident formed the basis of his “criminal record,” and from that time forward he was watched by law enforcement, blamed for crimes he did not commit, committed a few acts of rebellion against an unjust society, and within a few years was labelled “mentally ill.”

At the age of 17, Siddharta was medicated on a very high dose of Risperdal (6 mg, instead of the recommended half-mg. suggested for his age). Risperdal is a psychotropic drug that can have severe side-effects when given to adolescents, including violent behavior, suicidal ideation, and the development of chronic severe mental illness. A brief overview of the American custom of labeling children mentally ill and then subjecting them to psychotropic drugs that can result in lifelong mental illness, by Dr. Peter Breggin, is here.

Currently Siddharta is in Clark County Jail in Washington, about twenty minutes by car north of Portland, charged with spitting on a policeman, a third-degree felony. His mother believes he is suffering from Post Traumatic Stress Disorder and from psychiatric disorders brought on by pharmaceuticals administered to him without his consent. She writes, “He is in isolation and both his mental and physical health is deteriorating. He is in crisis.”

What she hopes we will do: