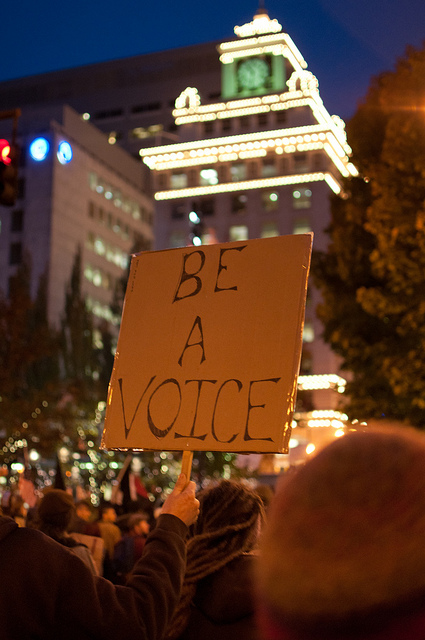 This quote attributed by Robert Green Ingersoll to Ferdinand Magellan (1480-1521) is a great example of non-conformity: “The Church says the earth is flat; but I have seen its shadow on the moon, and I have more confidence even in a shadow than in the Church.” Imagine if he had not had the courage to go against what the Church was teaching. Imagine what our own country would look like if our Founding Fathers hadn’t fought against the taxation and oppression of the Church.

In 1915 Mignon Mclaughlin said, “every society honors its live conformists and its dead troublemakers.” We owe all progress, discoveries, and breakthroughs to those who had the courage to be different. Think about that. If we conform to what society dictates without questioning or daring to take a stand, when society demands conformity at the expense of common sense or reason, we would still be ruled by the Church of England. Our failure to question the banks and their business practices led many to lose their homes and retirement savings. Failure to question the government led to the loss of 58,000 American lives in Vietnam. Our failure to question the government also led us into the Iraq and Afghanistan wars with the cost of American lives lost still growing.

If it weren’t for Martin Luther King Jr. taking a stand against conformity we wouldn’t have the Civil Rights Movement or the Women’s Rights Movement that changed the way society thinks and acts towards African-Americans and women. The non-conformity displayed by these movements caused us as a society to rethink our positions and change our laws to benefit the greater good of society as a whole. We are seeing many non-conformity protests and uprisings all over the world, as the people begin to wake up to the oppression of their Governments, religious leaders, and laws that only benefit a select few, leaving the people who they are supposed to represent without that representation or ability to voice their dissatisfaction with them.

Occupy Wall Street is a perfect example of what happens when non-conformity meets strong resistance from the entity from which it seeks to break free. Occupy has been vilified by the mainstream media, by the government, and by those who are afraid to step outside of their comfort zone and take a stand against what they know is fundamentally wrong in this country out of the fear of being persecuted and prosecuted. The busting up of the Occupy camps, the pepper spraying, beating, and arresting of protestors is propelled by fear. The fear our government has of the people daring to question, daring to take a stand, daring not to conform to laws and policies that have robbed us of our rights and freedoms.

While conformity in society is beneficial in that it does keep us from descending into total chaos, we should not be so socialized that we act out of habit, conforming to authority figures that don’t represent the ideals and values we hold, out of fear instead of agreement. Courage doesn’t mean you are not afraid, it means you do it anyway. Courage–to go against the system, to be a non-conformist, the ability to take a stand and change society in a way that serves the greater good and not just a select few–is what made our country what was once the greatest in the land. And it is what it’s going to take to bring us back to that greatness.

So, I say rock on Occupy. Have the courage to finish what we have started, for we have changed the conversation in this country and awakened those left cold, hungry, disillusioned, and homeless who had thought their voices were lost. They have found them again in the peaceful attempt by The Occupy Movement to bring attention to the plight of the American people, who have lost everything to the corruption and greed of a select few.