photo via Wikipedia, from the U.S. Library of Congress

Today we have so many celebrities who take on social causes; it is almost a given that they will each have some charity or cause that they support. That is good, I suppose, but still there is a clear distinction between being socially conscious and being Woody Guthrie.

Woody has been dead now for almost half a century, and his deeds and exploits have fallen from public memory. Woody wasn’t socially conscious — he was its conscience. In the dark days of Depression-era homelessness and migrant camps, Woody sang, “So long, it’s been good to know ya, this dusty old dust is getting my home.” He sang, “It’s a hot dusty road that a million feet have trod. Rich man took my house and he drove me from my door. And I ain’t got no home in this world anymore.”

He left his wife and family, like millions of other men during the Depression, seeking work. When he was given his own radio show in Los Angeles, he sent for his wife and children. Guthrie played the same songs that he had played in the migrant camps, and dedicated songs to those who didn’t have enough to eat that night. Sponsors wanted only hillbilly music, but what they got was pure Woody. Management demanded Guthrie supply them in advance with a list of the songs he intended to sing, and then he didn’t play any of them.

Coming to California on foot, Woody knew that being called an Okie wasn’t a term of endearment; he was an outsider and always would be an outsider. He wasn’t just a little man who wrote songs for the oppressed. He was the oppressed, and he wrote songs for the little people who were oppressed everywhere. He walked out on good jobs because he wouldn’t be muzzled or censored. If you wanted Woody you got Woody, all of him, not just the polite parts.

In the days of strict segregation, Woody played with African-American musicians Lead Belly, Sonny Terry, Brownie McGhee and Josh White. Those things just weren’t done by white performers in polite society, but Woody didn’t give a damn about polite society. Once while working on a troop ship, Woody was playing for the troops when he heard voices from the front hold, and he asked, “Why aren’t we playing down there?”

“Well, those are colored troops, and there might be trouble,” it was explained.

Woody played and there was no trouble, but at a war bond rally and banquet in Baltimore they weren’t so lucky. Woody, Brownie McGhee and Sonny Terry had played for the crowd. Woody was seated for supper at the head table while Sonny and Brownie were offered a plate in the kitchen. Enraged, Woody flipped the table over saying, “If we’re going to fight fascism, let’s start right here!” That was Woody, and that was Woody’s last war bond rally.

In 1938 Irving Berlin wrote “God Bless America,” and Kate Smith had a hit record with it. But to Woody, the song had it all wrong. It was plastic and superficial, a blind patriotic ballad without any soul searching or reckoning of the things that needed correction in this country. So Woody sat down to write a song about what being an American meant to him:

THIS LAND IS YOUR LAND

Chorus: This land is your land, this land is my land
From California, to the New York Island
From the redwood forest, to the gulf stream waters
This land was made for you and me

As I was walkin’ – I saw a sign there
And that sign said – no tress passin’
But on the other side …. it didn’t say nothin!
Now that side was made for you and me!

In the squares of the city – In the shadow of the steeple
Near the relief office – I see my people
And some are grumblin’ and some are wonderin’
If this land’s still made for you and me.

If this song had been written by anyone besides Woody Guthrie, it would just be a catchy tune. But it was written by a man who was beaten and had his guitar busted over his head for advocating labor rights. A man who slept on the hard ground when he didn’t have so much as a coin in his pocket. A man who watched his friend murdered by railroad detectives for hopping a freight train. A man who flipped over the banquet tables of big shots when he saw injustice. And through all of this, this man with barely a fourth grade education still loved this country.

Unlike Irving Berlin, he wasn’t satisfied with America; being wealthy didn’t make it all right. Woody once said, “I never met a poor man that wouldn’t share what he had, and I never met a rich man who wasn’t afraid somebody was gonna take something from him.” And that hasn’t changed. Too many of us walk through this life afraid to throw the tables over.

This is your land — Woody meant that. He wouldn’t be satisfied that we pay more than any country in the world for health care, and almost 40 percent of us don’t have access to it.

This is your land — Woody meant that. He fought for unions so that families could stay together and earn a decent living. Because this is your land, you are not a guest or a visitor nor are you a long-lost relative, you are the owner here. And if you’re not being treated as such, flip over the table and find out why.

This is your land — Woody meant that. He advocated for peace and spoke against war at every opportunity and with every fiber in his being. He would not have quietly accepted two wars against third world peasants with hi-tech, uranium-tipped tank shells and guided missiles. 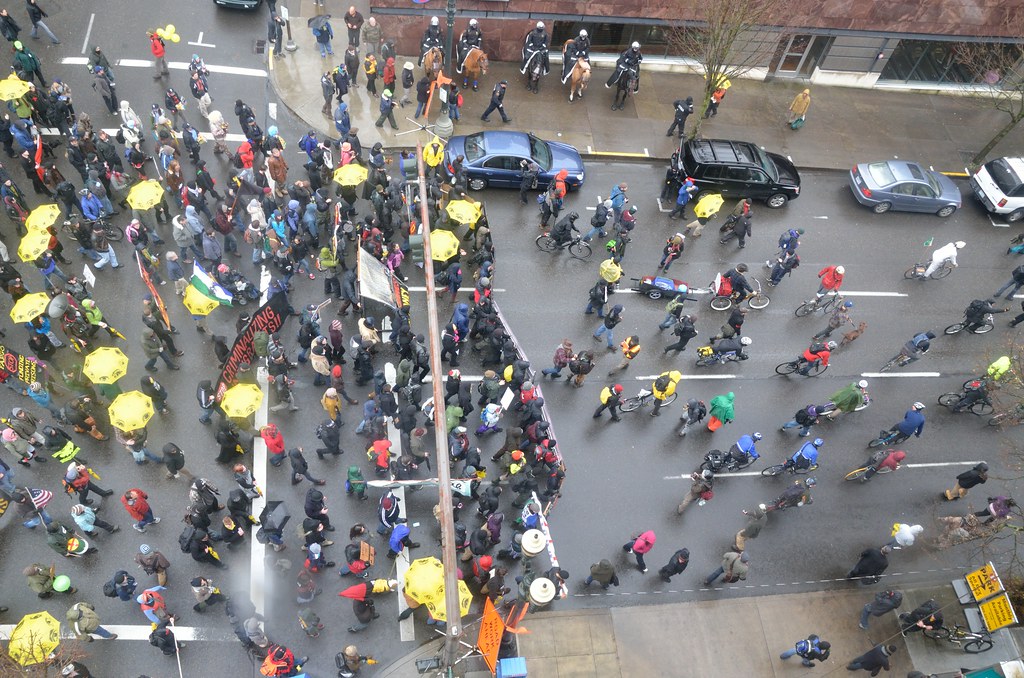 Woody never goes out of style and will never go out of style; he is for you and for your family. He is for the worker and the unemployed, the disliked and mistrusted. He is a man of God but he’s not religious. He is tenacious, unbending, resolved, untiring and committed to a better life for the American people, not because we need help or can’t do for ourselves, but because this is our land and not an investment property for special interests groups.

“I hate a song that makes you think that you are not any good. I hate a song that makes you think that you are just born to lose. Bound to lose. No good to nobody. No good for nothing. Because you are too old or too young, or too fat or too slim, too ugly or too this or too that. Songs that run you down or poke fun at you on account of your bad luck or hard traveling. I am out to fight those songs to my very last breath of air and my last drop of blood. I am out to sing songs that will prove to you that this is your world and that if it has hit you pretty hard and knocked you for a dozen loops, no matter what color, what size you are, how you are built, I am out to sing the songs that make you take pride in yourself and in your work. And the songs that I sing are made up for the most part by all sorts of folks just about like you. I could hire out to the other side, the big money side, and get several dollars every week just to quit singing my own kind of songs and to sing the kind that knock you down still farther and the ones that poke fun at you even more and the ones that make you think you’ve not any sense at all. But I decided a long time ago that I’d starve to death before I’d sing any such songs as that. The radio waves and your movies and your jukeboxes and your songbooks are already loaded down and running over with such no good songs as that anyhow.” –Woody Guthrie

6 comments for “Being Woody Guthrie”