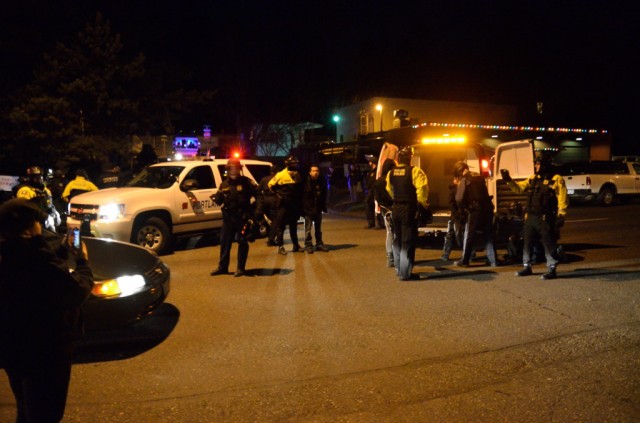 There seems to be a beautification, or as some call it, gentrification process that is taking place in our neighborhood. We have lived here for almost 11 years, and although that hardly qualifies us a indigenous to Portland’s Hawthorne district, we have noticed some changes we aren’t happy about as current residents.

I see this same officer, (I’m not certain if she gets extra credit for gratuitous violence from her male counterparts on the force, or if she is just sadistic by nature) patrol my neighborhood. I am not sure if that is Central Precinct not.

A few Saturdays back, I saw her use her bullhorn to quiet down a street musician, who she felt was too loud on a very busy active and loud, commercial district corner. This kind of logic seemed to me like waking up a patient to give them their sleeping pill. What is the purpose of music if not to be heard by the public in the vicinity? It could be argued a bullhorn isn’t a very pleasant sound to quiet down an area with, as it’s much louder than the music in question.

I have seen her make specious threats to various people, who, lets just say don’t have 2.2 children being driven in strollers, and aren’t in the upper 60th percentile for income. I don’t know what happens at night, but a pattern I see is she tends to bring her fangs out on the weekends, during daylight hours, when buskers and other street vendors and such are out in force on Hawthorne. She may just be new, and is anxious to “make a difference,” or there may just be a shift in policing on the Southeast side.

I have also seen an uptick in radar detection speeding tickets. Maybe the city is broke, but do we charge those who drive a car a ticket tax for sharing the road? The speed limit in some areas seems tortoise slow. I understand safety, but, 25 MPH all the way down Hawthorne? Down the hill from the old Safeway you’d have to pump your brakes to maintain a speed under 25 down that ski slope.

The police in my district tend to travel in police cars in pairs. I have noticed a sharp reduction in homeboys and homegirls frequenting the Hawthorne area. If that is good policing, to lock up or drive off all who are different, a bit eccentric or even lord help us, offensive, than they are doing a crack job. The only problem with such a campaign, if it does exist, is all that we are left with are good little boys and girls and wannabe hipsters who don’t get a real flavor of diversity at its base grunge, level.

These outcasts who are being banished to some wilderness are quite often very charming, and possess many intangible gifts to share. Granted, some of these “rabble” do get impaired and some do so publicly, this is life on life’s terms. We shouldn’t be putting a cushion between the harsh realities that are out there and our general population. This hinders everyone’s social development on a macro scale. There will always be some who aren’t ready for the sober life. Some people will never grow up. This is not going to change by beating the tar out of those who aren’t complying with a standard set of adult behaviors. All we get is a more resentful population who must conform for fear of reprisal from authority. Sure, society civilizes, but it shouldn’t be at the point of a gun or a jackboot.

Why, you may ask?

Because human nature is going to go where they are told they cannot go. If you allow people to make enough mistakes, they will correct themselves. Some people are probably never going to fully civilize. Not everyone grows up at the same rate. There are some who will never change. Do we kill them? Lock them up in dungeons? Put them in debtors prisons? How about thumbscrews? Since not everyone is at the same place on the responsibility curve, just because somebody has a different lifestyle than you or I doesn’t mean they necessarily deserve to be brutalized by police being dragged by the face on hard, rough pavement.

Neither does a mad hatter and her dumpy little dour mouse need to use a bullhorn to tell a street musician to turn down the sound. I would love to ask a question of some of these people who feel it’s their sworn duty to uphold quiet, a decorum of some set of rules of order. I first want to know what their training is in history. Human anatomy, psychology, physiology or sexuality, mating ritual, with regard to natural pecking orders which occur in nature. I feel that’s fair to ask of our policy makers. A reasonable person can only get upset when they see those who try to form an identity by living outside the grid on the borderlands of society, either by choice or by hard luck. Isn’t life hard enough for everyone, especially our poor and disenfranchised population? We should be more trusting of each other as a species, and chances are we’d all be better off. Civilian and police.

We need to understand everyone is a human being and each of us is on our own separate path and timetable. Can’t we respect everyone’s right to assemble and to express themselves fully? When this begins to occur, perhaps we start calling our society a just one. 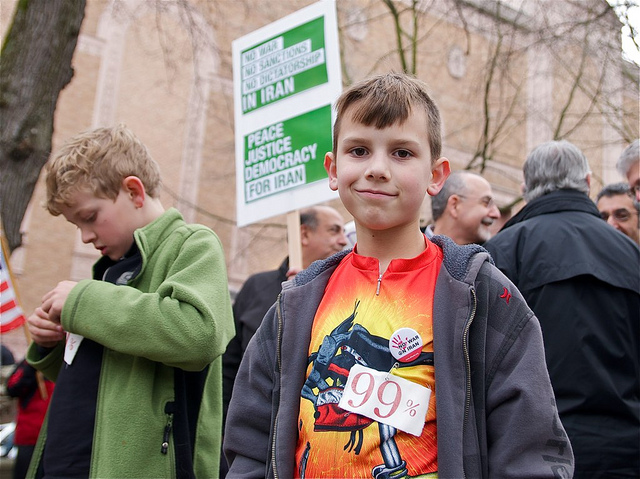 5 comments for “Beauty is in the Eyes of the Beholder”