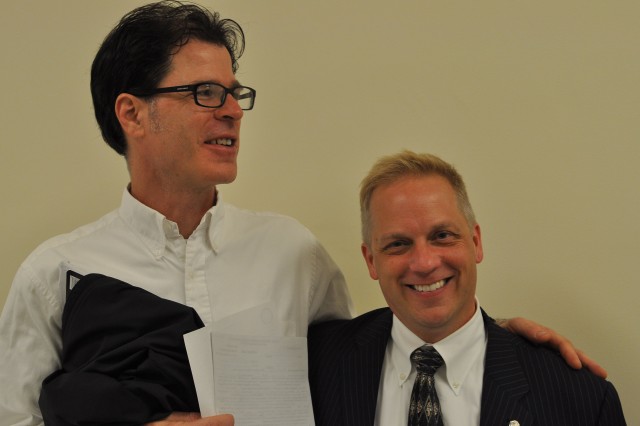 Father and middle school teacher Jonathan Zook is not guilty of resisting arrest; not guilty of disorderly conduct; not guilty of assault, according to a jury of six. However the jury concluded on April 19, 2012, after two days and a morning of testimony, that Zook is guilty of “interfering with a peace officer,” as defined by Oregon Revised Statutes 162.247.

Judge Karin Immergut, who could have chosen a suspended sentence or community service, instead sentenced Zook to two days in jail, a fine of $400, 80 hours of community service to be performed within the next four months, and a full year of bench probation. The sentence, which implemented most of what the prosecution requested, incensed the Occupy Portland community, which plans a “Justice for Jonathan Zook” protest Friday, April 20, from 1:45 p.m. to 3:30 p.m. at the Justice Center, 1130 SW 3rd Ave., in Portland.

“This feels like a paradigm shift,” said Zook, contemplating the seriousness of the charges laid against him. “It’s chilling. We’ve always gone out and protested about whatever we felt was wrong. But now if you’re part of a protest, you can’t even cross the street in a crosswalk without running afoul of the police.”

Leanne Serbulo, Zook’s partner of the past nineteen years, had a similarly sobering takeaway. “They’re using the whole State mechanism to come down on people who speak up about injustice. We want to encourage people to keep coming out for the marches and protests, and to bring their kids and grandparents. We can’t let them stop us from standing up, speaking our minds, and putting our bodies out there.”

“The more numbers we have, the more people who are willing to stand up and be counted, the more power we have to overcome these attempts at intimidation,” Zook said. “That’s my main message right now: don’t be intimidated by what they’re doing to me.”

7 comments for “Teacher Given Jail Time Urges, “Don’t Be Intimidated””