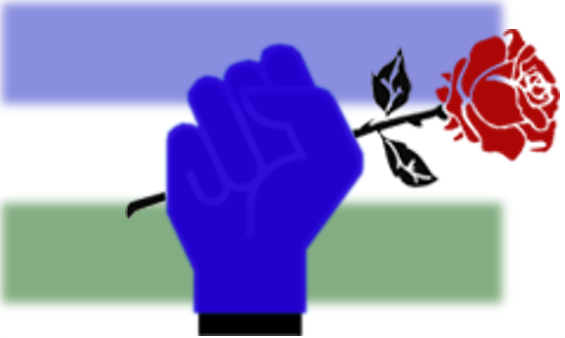 I’m revising this draft, over a cup of coffee, from roughly umpteen-thousand feet in the air, as I return to my beloved city in Cascadia. For the first time in a long time, I boarded an airplane without first being fondled by blue-gloved agents of security theater.

Earlier, as I awaited my departure, I joked: “Is it me? Am I just not attractive anymore?”

In the name of security, without asking the necessary tough questions, most of this nation has embraced the abridgment of our protected freedoms. After all, safety was at stake. We couldn’t waste time quibbling over ideology. And, except for a few marginalized voices, we didn’t. In the name of security, under the ostensible constituency of practicality, we ushered in a brave new era of previously-unthinkable laws. We would never have to feel unsafe again.

Never mind that airport belt-scanners have no means of detecting explosives within shoes. Never mind that you are ten times more likely to get cancer from radiation scanners than you are to die in a terrorist attack. Never mind that millimeter wave scanners simply cannot see anything within a body cavity, or even something strapped to your side. When people are sufficiently frightened, the illusion of security becomes an ideology unto itself.

Lately, within Occupies across the nation, we have been facing our own debate, framed within the ancient false dichotomy of security vs. freedom. We haven’t had a 9/11 moment to prompt this, but the state has done its best to goad us into turning off our livestreams. They publicly blamed livestream for the “Ice Cream 3” in Oakland, ignoring the plethora of corporate and state cameras present that day, and also ignoring the inconvenient fact that the unedited livestream footage is what vindicates the accused of their charges. We are not reacting to a threat with this debate; rather, we are prognosticating.

In other cities, the polarized camps with negative opinions regarding Livestream tend to focus on filming actions. Here in Portland, the situation is somewhat different. For the F29 day of action, three of us, myself included, were specifically requested to remain with those at the front of the march, as they expertly protected protesters with black bloc tactics. Multiple angles of Livestream coverage have been requested for May 1’s “diversity of tactics” march. In Portland, our debate over Livestream access instead revolves around providing coverage of our open, public 7 p.m. meetings. Specifically, in my experience, the debate tends to center on the Tuesday Movement Building meeting.

At a recent Agenda Setting meeting — which I, along with many others, attended, though you wouldn’t have found me corporeally present at St. Francis that day — one physical attendee questioned, “Why does the livestream issue keep coming up?” Clearly, it was suggested, there must be a problem, if the debate hasn’t been settled. From my point of view, the issue tends to recur when new faces appear at Movement Building, who aren’t yet familiar with Occupy culture. To my chagrin, when these new faces inquire why they are on camera, an educational discussion does not ensue; instead, very familiar faces resurrect the debate over whether the cameras should be there at all. The concern expressed is rarely a personal concern, but rather, a hypothetical one on the behalf of others.

For my part (and please let me be clear that I am sharing a subjective opinion, not speaking officially on behalf of anyone else), I am not so sure this is justified. We streamers have repeatedly reached out to have a dialogue — with the cameras off — with those who actually possess these concerns. Last month, at Movement Building, we provided our contact information, so that a meeting could be arranged with those concerned. Nothing ever happened. A representative contacted the originator of the current anti-Livestream proposal, requesting a private meeting to discuss his concerns. Silence. So, beyond the assertion that they must exist, I don’t know who these people are, how many of them there are, or what their specific concerns are. I only know that there are people hypothetically concerned on their behalf. And I do know that there are many, many people, who entered this movement via Livestream (myself included), and many people for whom Livestream is their primary means of participation.

Livestream participation goes far beyond passively watching. Just ask Tequila, Pablo, and Ziggy, who were bailed out on April 25th (after being racially targeted by Beaverton police on #A24) in what I would call an #orangebloc-RumorZ joint operation. Utilizing Livestream and social media, we raised $1,500 in a matter of hours.

I do know that, in my personal experience, it is those most marginalized by society who appear the most comfortable, even grateful, speaking to me on camera — once I identify that I am with Occupy Portland, that is. Once they know that I am not representing the same corporate media that so often fails to pay attention to them, only to twist their words when they do, the most immediate response I tend to receive is a broad smile. Livestream provides a voice to people who, in many cases, have never had one in society. Although everyone loves to tune in to see riot cops, the experiences that have most personally touched me have been quieter actions, such as the sleepovers outside City Hall, wherein human understanding is formed between people who, a few months ago, would have avoided direct eye contact.

Some people identify transparency as an abstract ideal. I identify it as a practical tactic. Transparency, particularly in the form of Livestream, is a check upon those who would pervert & corrupt our practice of direct democracy, to their own ends, from the shadows. It is a check upon co-option; a very real concern, in a season where organizations like MoveOn.org use the language of the “99%.” It is a check upon the gatekeepers of information; twice in as many months, Livestream footage has cleared up debate over whether a consensus existed. I have heard it suggested that “transparency zealots” would love to film everyone going to the bathroom. Personally, I believe that the role of Livestream at our open meetings is more akin to CSPAN, than it is to potty porn. And we all recognize that something shady is happening, when House Republicans (who currently control CSPAN) order the cameras to be turned off during a debate.

If we are to discuss security, we must be certain that we are being practical, and honest. We currently hold our GAs at Director Park. This park is surrounded by state-owned and corporate-owned cameras. People who attend those GAs are being recorded, every last minute, whether Livestream is present or not. To encourage vulnerable people to come to a GA, by telling them it is “safe,” because Livestream is restricted, is worse than misguided; worse than the mere illusion of security. It is an outright lie, and a dangerous one, in that it lulls the vulnerable into a false sense of security. Ironically, it may lure them into personal danger, and away from the safest space for them to participate from — the OPDXLive web site.

Regarding ideology; some people hold privacy, even within a public space (or a private space that has been reclaimed for the public commons, like our headquarters at St. Francis), as an ideal. Undeniably, she who holds the camera, holds some degree of power. For those in physical attendance, standing in the room with the camera, it is natural to ask: “Do you not have an obligation to respect it, if someone presenting a proposal wishes you to point the camera at their feet?” What may be less intuitive to those in the room, but incredibly apparent to those participating via the stream, is the obligation of the camera-bearer to the greater Occupy Portland community. To them, the question is, “Do you not have an obligation to point the camera at the proposer, and present this accurately for us?” The ethical responsibilities of wielding the camera go far beyond the abstract realms of individual conscience; far beyond the confines of the room itself. The camera-bearer represents many attendees, who are no less a part of the conversation.

Respect for the people in front of the camera. Respect for the person holding the camera. And respect for the community of people participating on the other side of the camera. It is respect for this delicate balance that the compromise, in place for six months now, has already been reached. Imperfect though it may be, the compromise of regarding security as an individual responsibility — whether that manifests as participating from the relative safety of a computer, or simply concealing one’s face — has enabled us to remain networked, locally and globally, in a way that has never before been possible. It has afforded us a level of credibility that corporate- and state-controlled media simply do not have. It has helped us avoid practices akin to state-run banana republic media, filming important moments from the neck-down.

Restricting Livestream access does not deny any information to the state, but it does deny the flow of information within our movement. We have seen this — or rather, not seen this — in the cities that have recently gone dark. Those who volunteer with the movement, but lack the privilege to attend physically, find themselves excluded; that includes the disabled, those with life commitments (such as children), and those with genuine security concerns, who mostly (or only) participate via Livestream. Self-censorship cripples the community aspect of Occupy, relegating it to the kind of self-defined bubble of obscurity that most movements struggle within. Occupy Las Vegas has split in two, in response to the divisive proposal to enforce a “First Amendment zone.” So much is lost; so many are excluded, by subjugating one of Occupy’s most successful autonomous tactics to the editorial control of a governing authority. Simply put, Livestream benefits the global Occupy revolution far more than it benefits the state, and turning off the Livestream does not, in any way, impede the state. The only people to whom the benefits would be lost, are the members of the movement itself.

What, then, is the argument of “practicality” based upon?

At some point, someone has to risk being the unpopular person to call it. These Orwellian proposals do not bring us genuine security. This is not about any practical approach that will successfully curtail the state’s ability to gain intelligence. This is not a battle of wits between the level-headed pragmatists and the cloud-minded idealists. This is, ultimately, about power; it is about control. It is about the kind of society that we are creating. By manifesting in a proposal that will come before the Occupy Portland GA this Sunday, this issue has become a matter of whether or not consensus possesses authoritarian powers over protected rights. These freedoms are, themselves, the true security of a democratic society; indeed, asserting these freedoms is the motivation for many of us to occupy. And in the end, it is not security, but rather security-state culture, that we would accomplish by passing consensus restrictions on livestream media.