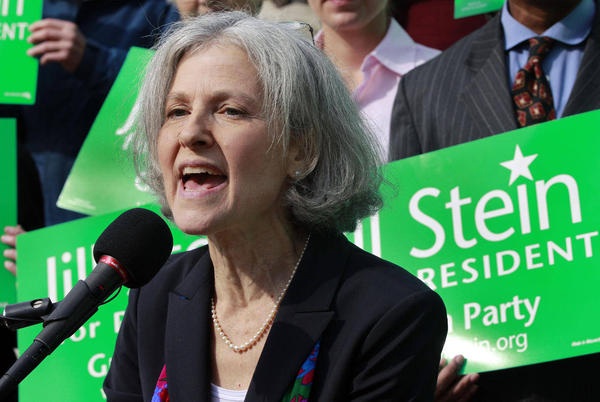 I have a radical proposal for Occupiers: let’s support a Presidential candidate.

Barack Obama rose to the presidency by appealing to the nation’s desire for progress and change. In a time when eight years under President George W. Bush saw us embroiled in illegitimate wars, belligerent foreign policy, a growing police state at home, financial collapse, and a sharply polarized and impotent Congress, Obama promised that compromise and a redress of our most recent grievances could heal our country’s wounds and allow us to move forward.

What we got was something else. Obama’s notion of compromise was running right to meet Congressional Republicans who responded by moving the political goalposts further and further away. Instead of ending the wars, he intensified them, sending more and more troops even as he claimed he intended to recall them Real Soon Now. Instead of fighting for single payer healthcare or even the so-called “public option”, he threw the progressives who helped elect him under the bus and wasted vast amounts of political capital fighting for the worst possible compromise: a healthcare plan that still fails to cover millions of Americans, yet forces us to do business with profiteering private insurance companies whether we want to or not. He made a lot of sound and fury about Keynesian stimulus, infrastructure jobs, and tough bank regulations, then drastically underdelivered on each promise and called it a day. But he didn’t stop there; he happily signed the NDAA, allowing the indefinite detention of accused “terrorists” without a trial or any of the other rights provided by the Constitution and subsequent legal documents, and now he spends his Tuesdays looking over photos of suspected terrorists and deciding who he wants to murder, even attacking weddings and funerals, while his administration claims that the CIA said they were all bad guys, and that’s close enough to due process to satisfy the pesky legal requirements. The list of disappointments and betrayals doesn’t stop there, of course, but I must.

All of this makes 2012 an unusual election year. Usually, the Democrat manages to garner progressive votes through the politics of fear; sure, you may have to hold your nose to vote for the Democrat, but at least the Republican won’t win. But this year, our so-called choice is between a typical Republican… and a Constitution-destroying war criminal and murderer. I simply can’t vote for Obama again, no matter what the consequence; my conscience won’t allow it. I suspect many of you, and many of the people you know, feel the same way. Why not make this the year we finally divorce the Democratic Party once and for all?

And yet, we progressives are a fractious lot, aren’t we? All of us drunk on the wine of independent thought, proudly marching to our own drummers, constantly resisting the world’s demands that we conform and blend in. Progressive activism has been marked by this fierce spirit of independence, always divided into separate issues and separate tactics, never coming together as one, never agreeing on the right way to do anything, always letting the perfect be the enemy of the good. So it is with the upcoming election: I have spoken to some Occupiers and found very little consensus over who to vote for this fall, or indeed, whether it is right or productive to vote at all. And while I respect your various beliefs – yes, even the vote boycotters, with whom I truly sympathize! – you all know that we’re not actually going to accomplish anything this way. As Ben Franklin said, we must all hang together, or else we will all hang separately.

Therefore I propose that we unite to support the Green Party’s Jill Stein for President.

The Green Party is supported entirely through grassroots organizing and does not accept corporate campaign donations, which reflects our desire to restore American democracy “by the people, of the people, and for the people”. And as one of the largest, most credible, and most recognized third parties in America (and certainly the largest progressive party!) I believe the Green Party stands the best chance of making a serious run for the Presidency.

More than that, though, I would direct you to Jill Stein’s “Green New Deal” (which you can find at http://www.jillstein.org/text_psou). It addresses poverty, vast wealth inequality, student debt, unemployment, our massive (and racially disproportionate) prison population, Wall Street’s corrupting influence over Washington, our need for newer, more sustainable infrastructure, electoral reform, and more – in short, it reads almost like an Occupy wishlist. And this is not surprising, because Dr. Stein is the only Presidential candidate (as far as I know) who has supported Occupy, even participating and speaking at Occupy events.

I grant that many of the solutions she proposes are beyond the reach of any mere President; they will require the cooperation of Congress, cooperation that she likely won’t get as long as it’s in the grip of corporate-owned Democrats and Republicans. But there is an ulterior reason to support Jill Stein: her issues are also our issues. Right now, Occupy is losing focus and struggling to recapture national attention; Occupy news started being drowned out by election mania months ago, when the Republican primaries were heating up and the corporate masters wanted something new to distract the public, and the buzz is only going to intensify in the coming months. Rather than fight this massive distraction, why not exploit it? What better way to force discussion about all the various issues that we’ve been struggling to bring to light back onto the national stage than by riding the wave of electoral media attention… except perhaps electing a President who can use the bully pulpit to force the media to give her the attention that it won’t give us? And what better way to engage and mobilize the people who said that Occupy should write laws or put forward candidates so that they could vote for them?

At this point I imagine that many of you are thinking that Occupy shouldn’t get involved in electoral politics no matter how great the potential synergy, that it should strive not to be seen as partisan, or that it could be harmed if (or, most likely, when) Dr. Stein loses the race. I won’t argue with this – but if you won’t support her as an Occupier, support her as a progressive. Support her as a revolutionary seeking any tactical advantage you can get, even if it means dirtying yourself with electoral politics. Support her not because electing a third party candidate should be Occupy’s goal, but because given this year’s horrible false choice between a murderer and a plutocrat, it should be everyone’s goal.

If you’re reading this in Oregon, there are two specific ways you can help Jill Stein’s campaign besides spreading the word. The Pacific Green Party, which is one of the many regional organizations that make up the national Green Party, needs more Oregonians to register as Pacific Greens in order to maintain ballot access. Registering to vote or changing your party affiliation is quick and easy, and costs almost nothing; go to www.OregonVotes.org and click the register link, or stop by your local County Elections office for a copy, and then mail or drop off the completed form. Ask your friends and family (if they’re so inclined) to do it too! The other way is by campaign donations; if she can raise at least $5000 in each of twenty states, she’ll qualify for matching public funds, and the first $250 from each donor counts towards the goal. She’s got seven states as of this writing, but Oregon isn’t one of them.

4 comments for “We Need A Third Option”