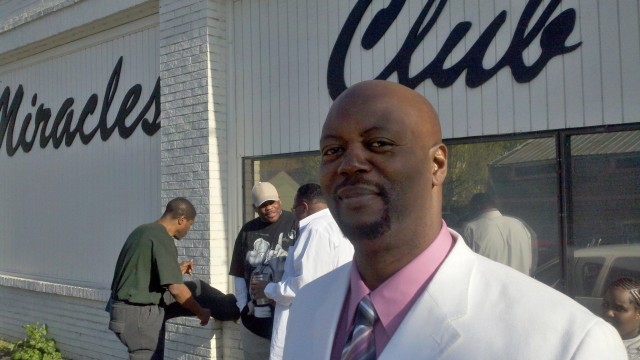 Fred Bryant was laid to rest on November 9, 2013. Bryant, who had suffered a stroke in early October, passed away on October 29th, in the 53rd year of his life. He is remembered by many Portlanders for seeking justice for his son, Keaton Otis, who was killed by the Portland police on May 12, 2010, as well as working tirelessly for greater police accountability.

During a memorial service held at Highland Christian Center, Bryant was recalled as a kind and loving man who enjoyed cooking and dancing, and was someone who was always there when needed. Just prior to his stroke he had celebrated 26 years of sobriety, and a few people who too battled substance abuse expressed their love for Bryant and the role he played in helping them achieve and maintain sobriety through his work at the Miracles Club, a Northeast Portland community center for people in recovery.

After Keaton Otis was killed, Bryant began a vigil at 6PM on the 12th of each month where his son was killed at NE Halsey and 6th. He also began the hard work of trying to hold the Portland police accountable, both for the killing of his son, and for their crimes against other victims.

Joyce Harris, who had known Bryant since he was 9 years old, described him as “a man of courage, a man who refused to be intimidated by the system.” 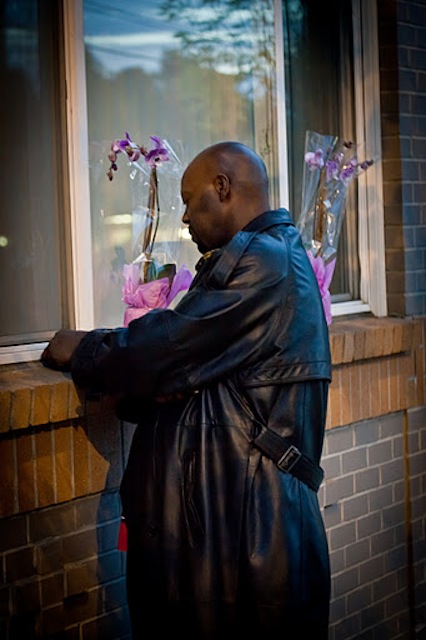 Fred Bryant at the monthly vigil for his son. Photo by Denver Warner.

During the service, a video of photos of Bryant was shown. In most of them he was smiling, happy, the way we always want to remember our loved ones: at their best. For Bryant, that best took great effort to dig up during the past few years. “May 12, 2010 changed my dad’s life,” said Alyssa Bryant, Bryant’s daughter. “He was so hurt. He fought and fought and fought for justice for my brother. He overworked himself.”

Jo Ann Hardesty, who like Bryant has unremittingly sought an accountable police force and worked with him toward that end, said she hoped Bryant would be remembered “as a loving father, an advocate for redemption through his fellowship and support of Miracles Club, and as a good man who gave much more than he took.”

Dr. Leroy Haynes of the Albina Ministerial Alliance eulogized Bryant as a “drum major for justice” and said he fought the good fight as well as it could be fought. And now that Bryant is gone, Haynes said, it is the responsibility of those who remain to carry on his work.

A member of the Campaign to End the New Jim Crow later echoed Haynes’ words, stating the Portland Police Bureau was probably breathing a sigh of relief that with Bryant’s death the issue would go away. He assured the crowd of 500 that came to pay their respects to Bryant and comfort his family that it would not.

Apparently the apple does not fall far from the tree. Alyssa Bryant said, “I’m not gonna stop until I get justice for my brother because that’s what my dad wants.”