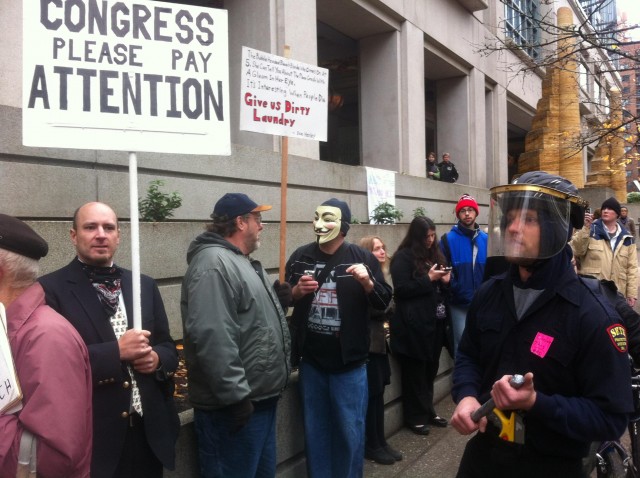 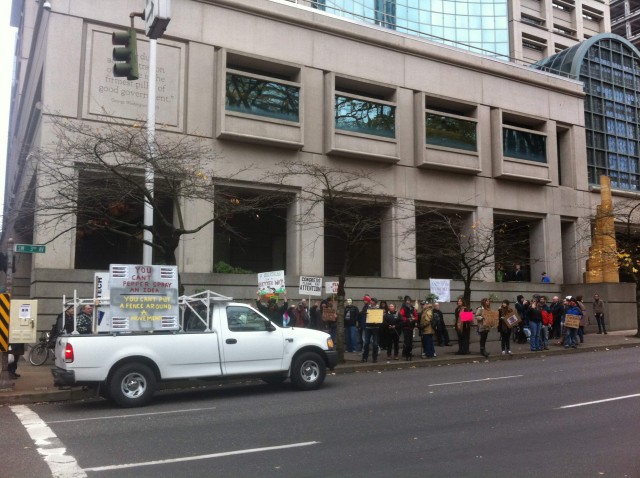 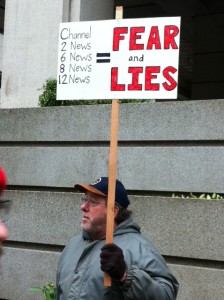 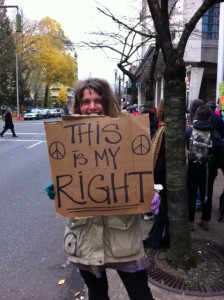 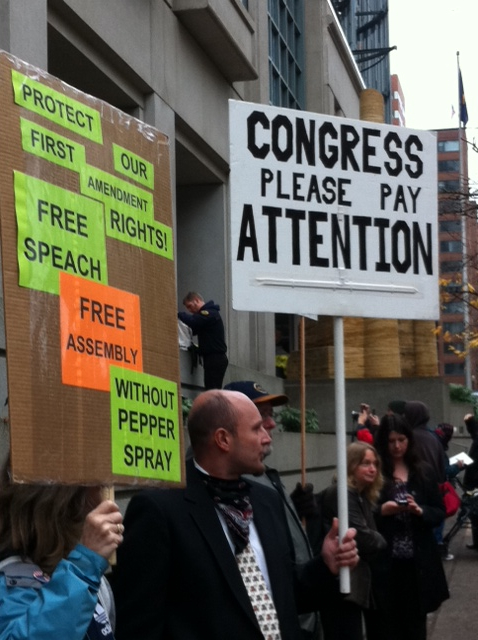 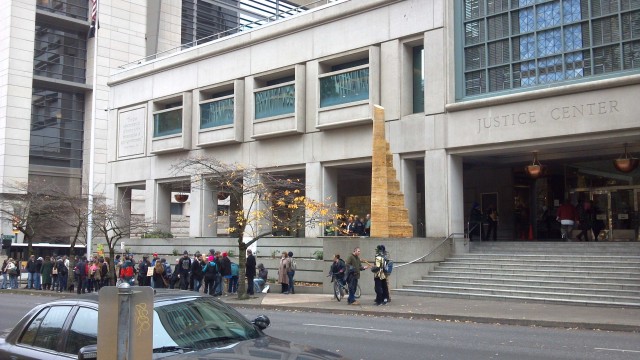 Photo by Laughin' JudeIt did me good to see somewhere around eighty fellow Occupiers gathered to support our compatriots arrested at Jamison Square. There's still a barb wire-topped fence around our parks across the street from the so-called Justice Center, yet Occupy Portland lives on, and the honks of support from passing drivers leaves no doubt that many of the 99% who can't be with us in body remain our companions in spirit. If the movement is less visible than it was a month ago, there remains no question of its vitality.At 1pm, as fellow Occupiers began to face trial for exercising their rights, we people's miced the First Amendment, which should supposedly have made the arrests in question moot. Standing across the street from our blockaded parks, watching the bike cops watching us back, I pondered over the long, potentially bureaucratic road ahead of us. I wondered how many more of us will be hauled before judges for daring to speak our minds before this societal evolution is over, and I was glad for today's reminder that this is a path none of us will walk alone. 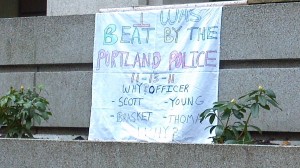 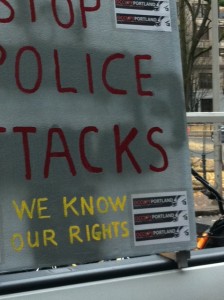 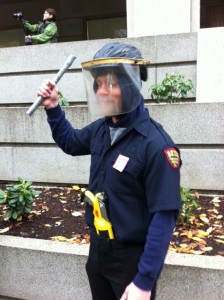