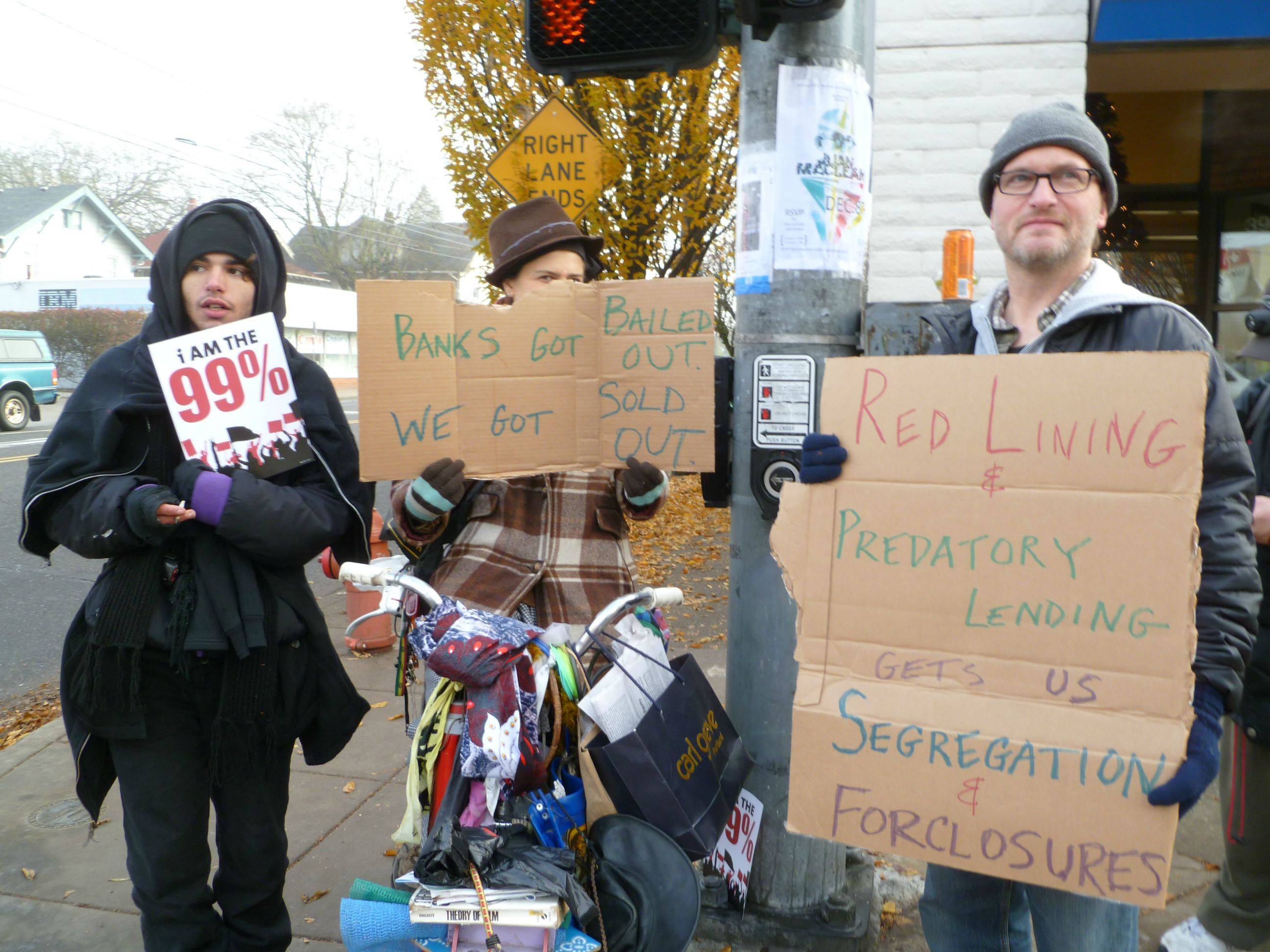 Everyone knows that the huge forclosure problems in communities all across America are due to the unscrupulous policies of the major banks. While fat cats get rich our neighbors lose their homes, but did you know some of our neighbors bear the brunt of this criminal corporate banking activity more than others?

While Rampant predatory lending helped inflate the housing bubble; and Center for American Progress investigation found huge racial disparities in lending at the big banks that wound up getting bailed out, with minority borrowers far more likely to receive high-priced loans. Studies found out that high-income blacks were almost twice as likely to end up with subprime home-purchase mortgages as low-income whites.

In 2006, Chase made high-price loans to 16.4 percent of white borrowers, while nearly half of black borrowers and more than one-third of Hispanic borrowers received high-price loans. These disparities help explain why, according to a new report from the Center on Responsible Lending, Latinos and blacks are twice as likely to have been impacted by the housing crisis as whites. In fact, “approximately one quarter of all Latino and African-American borrowers have lost their home to foreclosure or are seriously delinquent, compared to just under 12 percent for white borrowers.

Although illegal there have been quite a few housing practices that have created an unfair playing field for people of color when it comes to the American Dream of home ownership.
Redlining: Denying real estate loans on properties in older, changing urban areas, usually with large minority populations, because of alleged higher lending risks without due consideration being given by the lending institutions to the credit worthiness of the individual loan applicant.

Reverse redlining occurs when a lender or insurer particularly targets minority consumers, not to deny them loans or insurance, but rather to charge them more than would be charged to a similarly situated majority consumer, specifically marketing the most expensive and onerous loan products. These communities had largely been ignored by most lenders just a couple decades earlier. However these same financial institutions in the 2000s saw black communities as fertile ground for subprime mortgages. Wells Fargo for instance partnered with churches in black communities, where the pastor would deliver “wealth buildling” seminars in their sermons, and the bank would make a donation to the church in return for every new mortgage application. There was pressure on both sides, as working-class blacks wanted a part of the nation’s home-owning trend.

There is also Blockbusting: The practice on the part of unscrupulous speculators or real estate agents of inducing panic selling of homes below market value especially by exploiting the prejudices of property owners in neighborhoods in which the racial make-up is changing or appears to be on the verge of changing. It is an actionable wrong.

It’s not just home loans either! Big banks have turned to quietly fund Pay Day Loans, a huge problem in Oregon in particular, where the laws have been particularly lax despite multiple failed efforts to regulate them over the past several years.