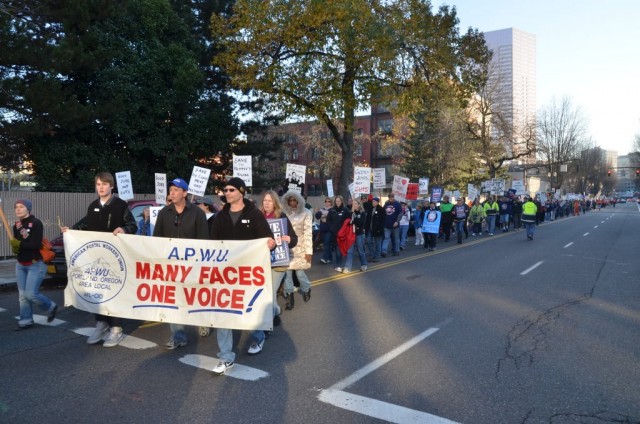 by Adam Rothstein, with additional reporting by Portland Occupier correspondents

Postal Service employees, union members, citizens, and Occupiers gathered today to rally against US Legislation that would radically downsize the Postal Service, cutting service to millions of customers.

There was a rally at Pioneer Square beginning at 2pm, and then a march that went down Morrison to SW 4th Ave, and then north to the main Post Office facility. Around 200 to 300 people turned out for a peaceful, permitted march, drawn by the threat to the country’s communication infrastructure, to US jobs, and to a part of the United States’s history.

The legislation, H.R. 2309 and S. 1789, would end Saturday delivery, downsize the Postal Service, and close thousands of post offices, many of which are in rural areas and would affect rural America disproportionately, when they are the ones who most rely on regular mail delivery to run their farms and businesses.

The president of the National Association of Letter Carriers Branch 82, James M. Cook, thanked Occupy Portland and supporters for coming out. 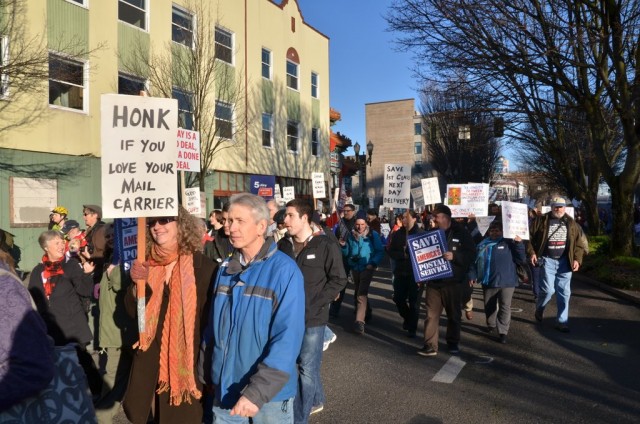