by Shawn Fleek and Adam Rothstein

Feb 29th: Shut Down ALEC from Kontra on Vimeo.

On February 29th, Shut Down The Corporations plans a nationwide day of action to draw attention to the American Legislative Exchange Council, (ALEC) a group which uses the money of large corporations to pass favorable legislation in all 50 states. This action has been approved by the Occupy Portland General Assembly, and Occupy groups in over seventy other cities.

We specifically call on people to target corporations that are members of the American Legislative Exchange Council (ALEC). The biggest corporations in America, like ExxonMobil, Bank of America, BP, Monsanto, Pfizer, and Wal-Mart use ALEC to buy off legislators and craft legislation that serves only the interests of corporations and not people. They then duplicate and spread this corporate legislation in Washington, D.C. and in state legislatures across the country. The anti-labor legislation in Wisconsin and the racist bill SB 1070 in Arizona are two recent and destructive examples of what corporations use ALEC to do.

As revealed in reports in The Nation magazine, ALEC is behind several nefarious pieces of legislation in recent years.

There is no clearer example of the disastrous impact of corporate spending on our system of government than this blatant, wholesale purchasing of legislation. People have a chance to speak out against ALEC on February 29th by initiating their own demonstration against any of the corporations which fund ALEC. A list of known donors and members below may help readers determine which of the companies to target with non-violent direct action on February 29th. 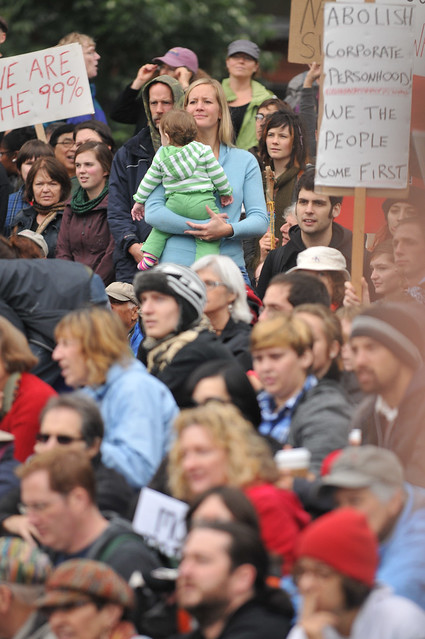 The corporate board of ALEC is comprised of companies who hold veto power over the language of the model legislation, and are presumably ALEC’s most-invested contributors.

A full list of member and donor corporations is available from SourceWatch. Scanning the list of corporate board members, you see represented big tobacco and liquor, big pharmaceuticals and insurance, big energy, and agribusiness giants. It is no wonder that legislative efforts to make drugs more expensive, or energy cleaner, or food and beverages safer, or prison a less-likely consequence are always met with such fierce opposition from business-friendly politicians. Indeed, legislation making energy dirtier, food and beverages less safe, and prison a more-likely consequence (of drug use, or simply being the wrong skin color) is a direct effect of ALEC’s corporate board members’ lobbying efforts.

As if any one of these companies were not large and powerful enough, their combined efforts ensure that favorable legislation passes in US statehouses. Politicians receive complete legislation from ALEC, after ALEC directly and indirectly (through members and donors) helps to elect these politicians. Exposing the dangerous relationship between corporate campaign donors and the politicians (and legislation) they fund is the goal of the February 29th actions, and this reality should remain at the forefront of the minds of all citizens when they do business. Support for these huge companies is tantamount to support for the business-controlled agenda of ALEC and the exclusive interests of the large corporations behind it. By refusing to conduct business-as-usual with these companies, the ordinary consumer can have a powerful effect not just on the bottom lines of the corporations involved, but in the statehouses where these corporations spend consumer dollars on lobbying efforts.

More information about the February 29th Day of Action is available at: ShutDownTheCorporations.org