From the holdings of the National Archives and Records Administration.

There is a common story to our lives. It is a story of love and loss, joys and regrets. We all share in these things equally and we are all locked inside of our times. It began as a simple conversation about how much things had changed in America since the mid-1990s. They were times of economic optimism. Perhaps they were only the sunshine of my own economic optimism, which is why I say, we are locked in our times.

I was talking to a young guy at the Occupy Portland office and I couldn’t help but to notice how well-versed in Socialism he was, but when the subject of Richard Nixon came up, his eyes kind of glossed over. He told me that he was born during the Reagan administration and it was one of those moments, sort of an epiphany for me. It occurred to me how vastly different this man’s world experiences were from my own. This is neither good nor bad and it isn’t meant with any sort of hard intentions it is merely the luck of the draw, our own place in the universe marked through time.

My own father was born in 1920. His life experience was dictated by the events of his own time. The Great Depression, the introduction of radio and Charles Lindbergh crossing the Atlantic were the mileposts in his adolescent life. He told me once, “When Franklin Roosevelt said, ‘This generation had a rendezvous with destiny,’ don’t think that we didn’t know what that meant.” These were his times and you and I can only look back and see history’s incomplete pictures of those events.

My own life experience would be of the Kennedy Assassination, the murder of Martin Luther King, the Vietnam War and the assassination of Robert Kennedy. When men landed on the moon it was something which had to be experienced to be properly understood, to understand what the world was like before and then after the event and then to see the benefits. That part of history is well documented, but Nixon is under-represented, though it is Nixon who most clearly illustrates that time.

Nixon was a turning point, to see the world both before and after Nixon. Nixon blatantly violated the law and lied with a straight face to the American people and international bodies. Nixon was a horror show of wrong-doing, yet at the same time by modern political standards Richard Nixon was a choir boy. Nixon set precedents, Nixon bombed civilian targets and Nixon bombed and invaded neutral countries.

So when we look back at Richard Nixon we see the worst the Republican Party had to offer America in 1969. Yet when we look at the policies of the Nixon administration we find a Richard Nixon politically to the left of our own Barack Obama. Richard Nixon illustrates our slide, the erosion and decomposition of American politics sinking into the quagmire of Neoconservative Fascism.

Richard Nixon was forced from office by the Congress of the United States. Could that even happen today? Without the life experience to understand how the Watergate hearings were televised for hour after hour without spin and drew a huge audience of Americans who cared. Could hearings such as this ever be arranged today, let alone televised? There is no way in hell either political party would tolerate unlimited hours of television air time attacking their Presidential administration in this day and time.

They ran Nixon out of office because of a bungled office burglary. A burglary. Nixon didn’t commit the burglary, he simply knew about it and signed off on it, and then lied about it and for that he was run out of town on a rail, as he deserved to be. Bush and Cheney weren’t even under oath when they testified before the 9-11 commission, let alone televised. I know that such details might sound trivial, but they are not. They are hugely important.

Nixon is the train-wreck and from that scattered debris are the building blocks of Reagan, Bush & Bush II. Reaganism is the root cause of Bill Clinton’s”New Democrat” which actually meant “Less” Democrat. We see a complete and total capitulation of the American Left, which Democratic Party machinery has co-opted into operating as franchises to the highest bidder while the actual brand itself means nothing more than perhaps distinguishing it from “the other side.”

There was no CNN, there was no Fox news and no MSNBC in Nixon’s time, only the three broadcast networks, a couple of wire services and the big city newspapers. It makes me question 24-hour news television as a concept; the explosion of media coverage has created a fog, and a partisan fog at that, rather than providing clarity. Case in point — the coverage of the first Gulf War in the news media versus the coverage of the second.

We see the rise of media-savvy, no more Vietnams. Embedded journalists with minders at their sides, no more My Lai massacres. Hearts and minds, flowers and candy, paid expert analysts regurgitating Pentagon talking points. Not that that Nixon didn’t try to spin the media but those efforts look so quaint by modern standards. Nixon was lying and was caught in a lie and kept on lying until even the Republicans in Congress were forced to vote against him. Could that happen again today with Fox News bleating for Republicans round-the-clock?

The world has changed so much since Nixon — today Barack Obama can launch cruise missiles or drone attacks in other sovereign nations around the world with barely a raised eyebrow. Indefinite detention and Presidential death warrants, Barack Obama ordered a hit squad to attack and murder a civilian foreign national accused of a crime. Osama Bin Laden was executed without trial and was never even charged in connection to the events of September 11th.

These are the experiences which will be the mile posts for another generation of young lives; they have little or no knowledge of a time of peace. For the rising generation, perpetual war is a normal state of being, as is a president arbitrarily murdering suspects for reasons multiplied and magnified by a sophisticated media apparatus.

The coming generation will have almost no comparison to understand how far we have fallen as a nation since the Nixon era. From a constrained economic superpower locked in a cold war, to crippled amoral fascist regime where political ideology means almost nothing. The first term of Barack Obama is clearly that of a right-wing corporate fascist who has kept most of the campaign promises of his Republican rival John McCain.

Today’s life experiences are from before we lost the house or before I lost my job, with little experience of rising wages, quality health care or economic opportunity. History is our teacher and each of us are encapsulated in the times of our life experiences. From Richard Nixon to Barack Obama is a frightening chapter and to prognosticate where such a state will eventually lead us is more frightening still.

Technology and mass media, originating from a trickle in Nixon’s time, now pour forth a raging torrent. A distraction, an abstraction, an obfuscation of the truth of words in the new media dark age. The truth is whatever you want it to be and if not, change the channel.

Cable, Internet, phone and pad, we are immersed in mass communication. We are light years from Nixon in communications. There is a noise in the world as now the inescapable cell phone follows us. We sit and talk to people who aren’t there with us while we ignore the people who are. How strange is that? The hundreds of millions of dollars raised by the Presidential candidates are intended to be spent on media communications.

Fascism is the fruit of the unholy union of money and government; it is the government of the few at the expense of the many. A government of greed, Über Alles, which sets its own agenda as it plunders society. Fascism always ends because it is a bastardized, unsustainable form of government which generally ends badly with a bang, rather than a whimper. 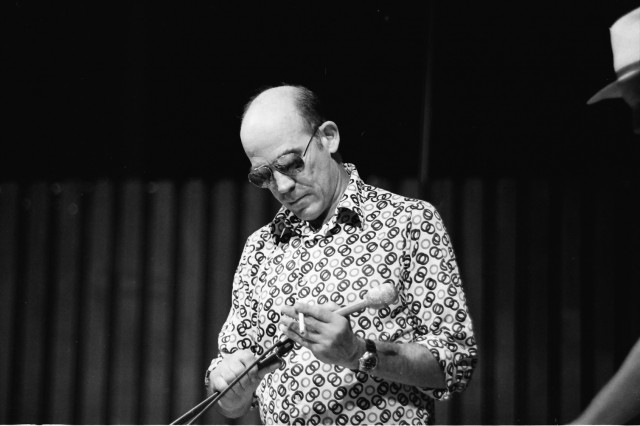