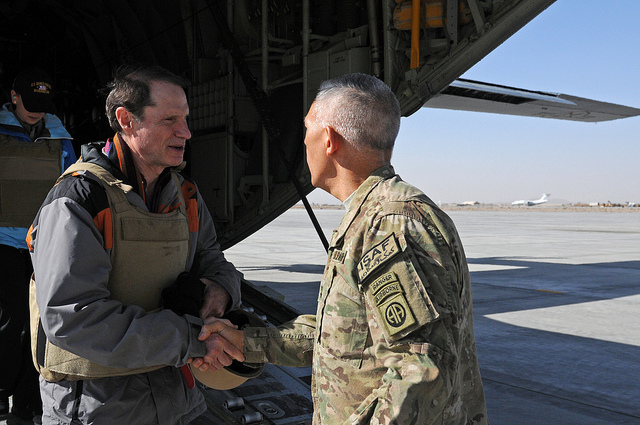 Wired’s Threat-Level blog reported on Thursday, March 15 on the efforts of Oregon Senator Ron Wyden and Colorado Senator Mark Udall to urge President Obama to release information about Foreign Intelligence Surveillance Act Court (FISA), which they say has over-interpreted the Patriot Act, creating the most expansive surveillance powers for the Federal government yet.

The Senators wrote, in a letter to Attorney General Eric Holder:

We believe most Americans would be stunned to learn the details of how these secret court opinions have interpreted section 215 of the Patriot Act. As we see it, there is now a significant gap between what most Americans think the law allows and what the government secretly claims the law allows. This is a problem, because it is impossible to have an informed public debate about what the law should say when the public doesn’t know what its government thinks the law says.

Section 215 of the Patriot Act allows the FBI to apply for a court order to receive materials to assist an ongoing investigation. However, the court order is presented ex parte, meaning that the target of the investigation does not need to be informed. Furthermore, once granted, the order does not need to disclose the reason for the investigation, and in fact contains an automatic gag order, so the recipient of the order is not allowed to disclose that they have received it.

The crux of the Justice Department’s argument for keeping the official interpretation of the law secret is that this secrecy prevents U.S. adversaries from understanding exactly what intelligence agencies are allowed to do. We can see how tempting to latch on to this chilling logic, but we would know that it would then follow that all of America’s surveillance laws should be secret, because that would make it even harder to guess how the United States government collects information.

Since its creation in 1978, FISA has issued over 30,424 (through 2010) court orders. Fewer than 200 requests had to be modified before being accepted, almost all of them in 2003 and 2004. The program represents a nearly open door for the FBI to spy on individuals and groups without any public or legal record.