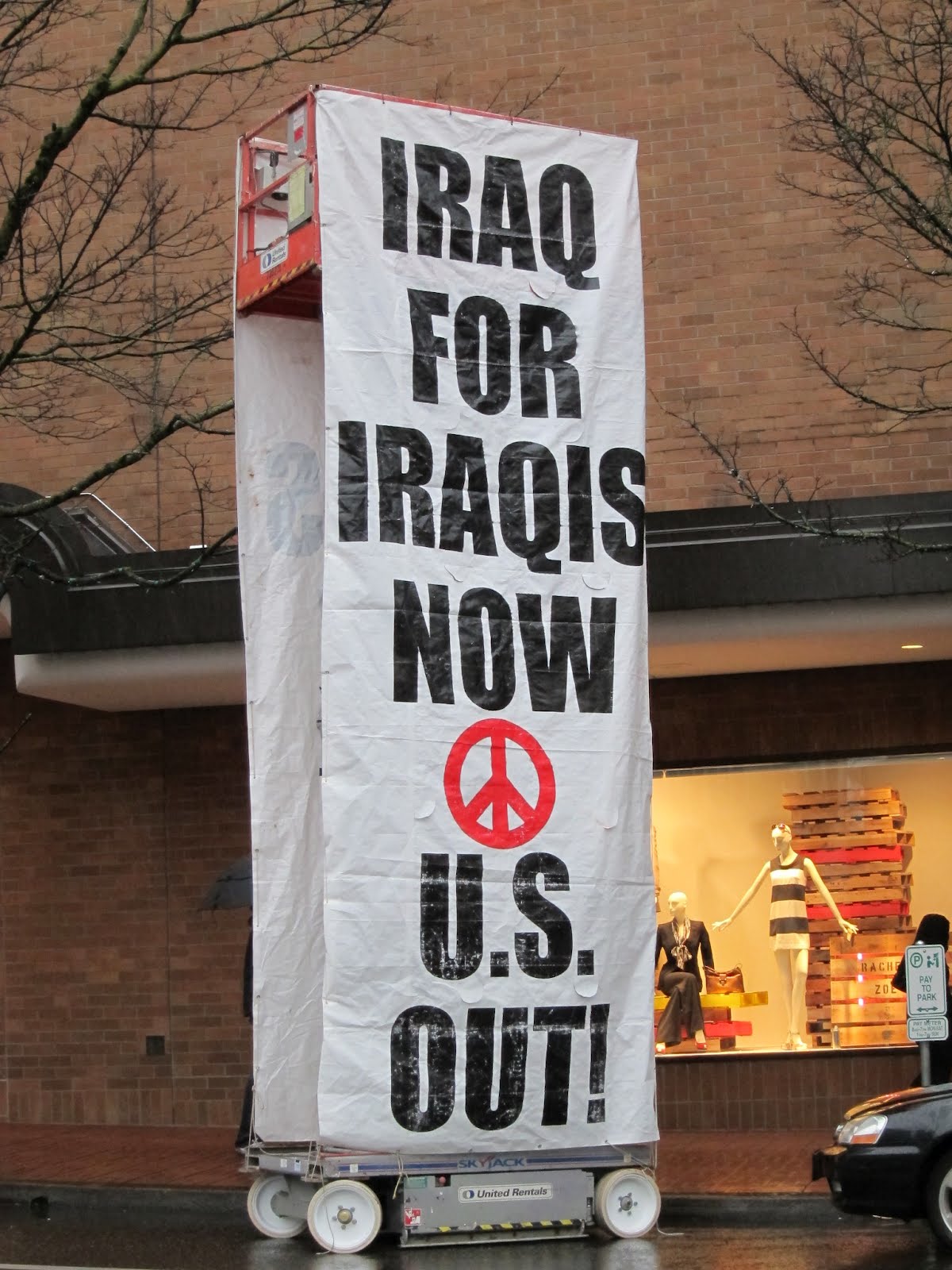 On Tuesday March 20, a Visibility Action was organized by Peace and Justice Works’ Iraq Affinity Group to mark the nine year anniversary of the US occupation of Iraq. Titled “Casualties of Iraq Nine Years Later: US Out!”, the object of the action was to remind people that there are still 16,000 Americans there and that United States corporations are still profiteering because of the invasion.

The action took place on the corners surrounding the intersection of SW Yamhill Street and Broadway at Pioneer Courthouse Square. The organizers provided signs for those that showed up without them, and two large banners made from tarps were hung from a lift truck left in a parking spot, for which the organizers had a day-long parking pass.

In spite of the heavy rain, 25-30 people participated, waving signs and flags, and eliciting honks of support from the traffic as it passed on Broadway. Portland Police, Transit Police and Portland Parks Security did make their presence known but were mostly supportive of the peaceful protest. 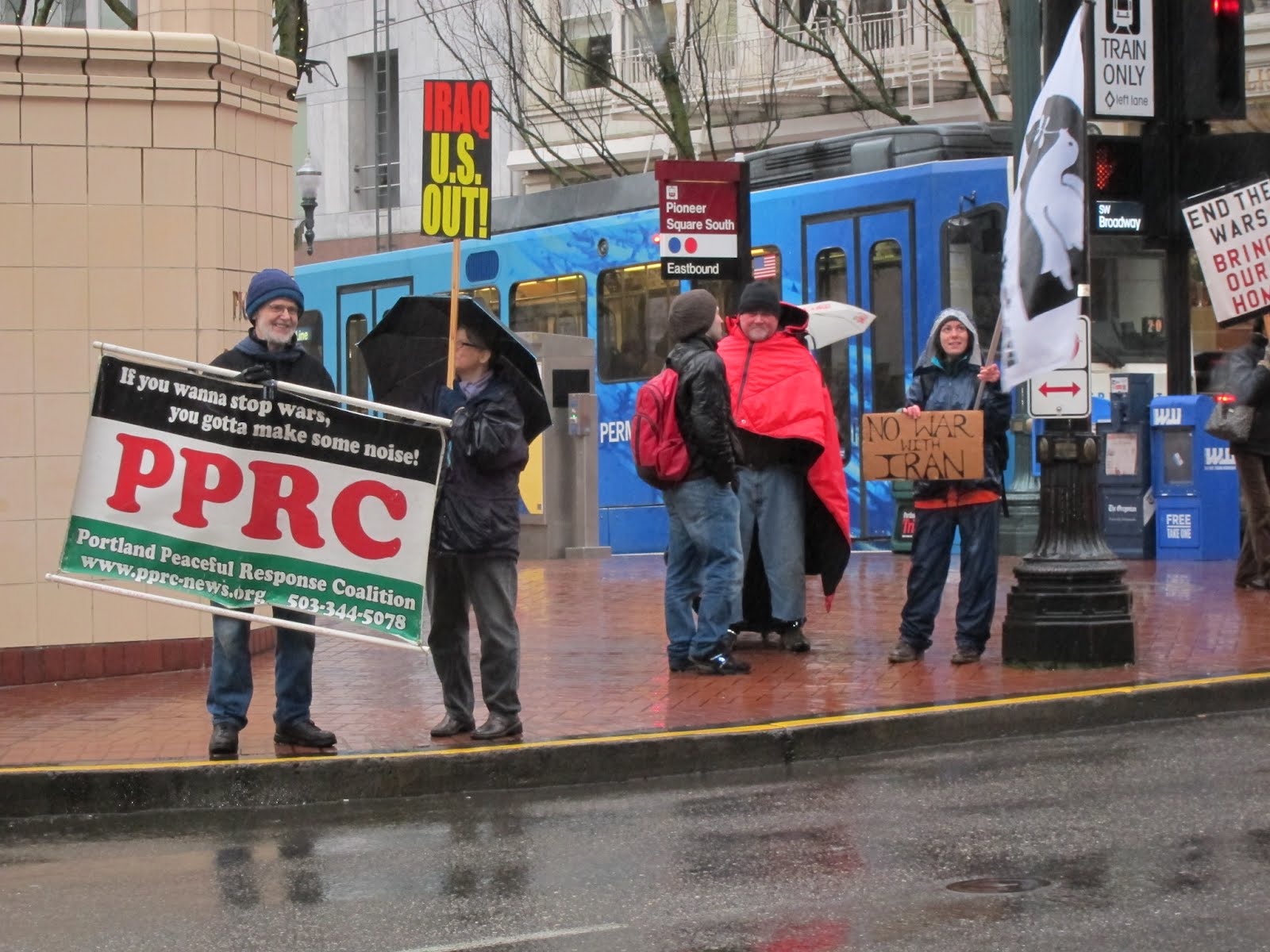