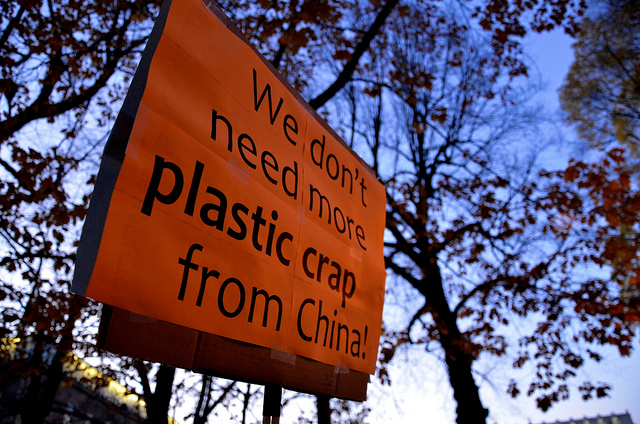 Maria Choupis, a founding member of a cashless goods and service network in Volos, Greece, is beginning to live in a sacred economy. Coincidentally, it’s a topic that packed over 300 people into the Unitarian chapel on March 7 to hear Charles Eisenstein speak about Sacred Economics during the Portland leg of his book tour.

Eisenstein’s premise is that the American Dollar, and all currencies connected to it, are based on resource extraction. No value is created unless it’s taken from someone or something else. According to Eisenstein, now that we’re reaching the limits of resource extraction and land sales, we must look forward and recognize that the value we create needs to come not from outward manipulation of people and resources, but rather spring from right relationship to our environment and one another.

There is much fear surrounding the acceptance of local, alternative economies; however, in the article on Greece, Choupis reveals that, no matter how much you have at the outset, if you’re willing to put in a little effort, there’s always the potential for growth.

“At one market, she said, she approached a woman who had come along with three large trays of homemade cakes and was selling them for a unit a cake. “I asked her: ‘Do you think that’s enough? After all, you had the cost of the ingredients, the electricity to cook …’

“She replied: ‘Wait until the market is over’, and at the end she had three different kinds of fruit, two one-litre bottles of olive oil, soaps, beans, a dozen eggs and a whole lot of yoghurt. ‘If I had bought all this at the supermarket,’ she said, ‘it would have cost me a great deal more than what it cost to make these cakes.’” (Excerpted from a Raw Story article: “Greece develops cashless, Euro-free currency in Tight Economy” by Jon Henley, The Guardian.)

Eisenstein’s extremely thorough lecture on Sacred Economics is available in the form of a 12-minute short posted below.