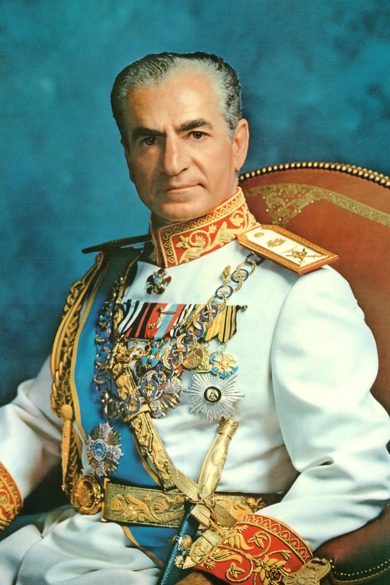 In 1953, President Eisenhower gave his ‘Atoms for Peace’ speech. As the only country having used the atom for war, we set about to export nuclear technology all around the world for peaceful purposes. Oops, this was the program that lead to Pakistan and India getting nuclear weapons. It lead indirectly to Iran’s present nuclear capability. The U.S. shipped nuclear technology all over the globe and now wants to put the genie back in the bottle–all over the world.

In 1953, by armed force, President Eisenhower engineered the overthrow of the democratically elected government of Iranian Prime Minister Mosaddegh. The Shah returned from hiding and was installed as the authoritarian leader of Iran. He served for twenty years as the puppet of the Oil interests of the U.S. and Britain.

In 1974, following the gas crisis of 1973, Richard Nixon and Henry Kissinger encouraged the Shah’s dream to transform Iran into the region’s military powerhouse over Afghanistan and Pakistan. The Shah then raised oil prices to pay for Iran’s $5 billion purchase of future US weapons systems. (Afghanistan and Pakistan are now in disarray from this and other interventions by the U.S.)

In 1985, the Reagan Administration secretly facilitated the sale of arms to Iran, and then diverted money raised by the Iranian arms sales to the Contras in Nicaragua, a country who was the subject of an arms embargo by the Boland Amendment in Congress. These illegal arms sales were to secure the release of hostages and allow U.S. intelligence agencies to illegally fund the Contra rebels, who were based in Honduras. Reagan wanted to overthrow the Sandinistas and the democratically elected government of Nicaragua. (The governments of Honduras and Nicaragua have never recovered from the 1980‘s interventions of the Northern Colossus.)

Springtime in the United States 2012

In 2012, Senator McCain and the Republican Presidential candidates now want to wage war on Iran.  The theory of the case is that we must somehow attenuate the military and nuclear wares the United States has splayed out into the world for the last sixty years through more war.

2 comments for “Springtime in Iran”