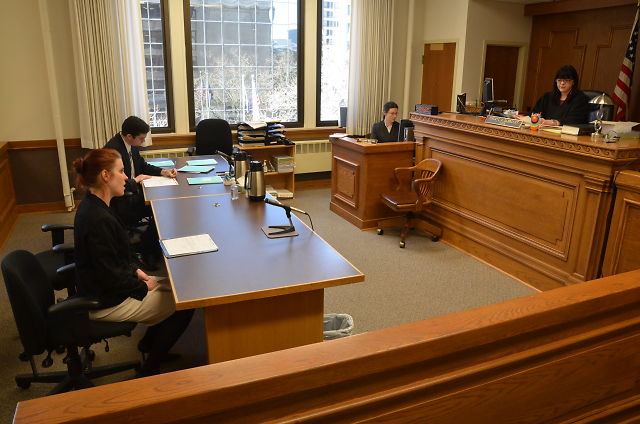 Five Occupiers arrested in the February 6 and 29 actions were rearraigned today in Judge Cheryl Albrecht’s courtroom at Multnomah County Courthouse. With the support of Stu Sugarman and the Portland National Lawyers’ Guild, those appearing today filed Motions to Join, which means they’ll appear for hearings with other Occupiers, 75 in all, on April 2 and April 30. Constitutional issues will be questioned and the people’s right to assemble will be up for judgment, with Judge Albrecht presiding.

Save the dates: April 2 and 30 (both Mondays), at the Multnomah County Courthouse, Room 602, at 1:30 pm. These are two very good days to be in court to express solidarity with those who have been arrested.

3 comments for “Constitutional Rights on Trial”