This story is from the Occupied News Wire. It was originally published by The Boston Occupier. 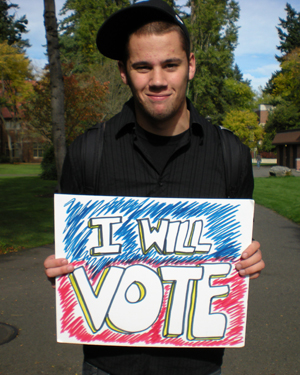 The voting booth is the means by which average Americans can directly affect their federal, state, and local governments. Voting allows Americans to select politicians who represent the views and ideologies that they would like represented in their government. Unfortunately, a massive influx of money into politics in recent years – as well as the perception of corruption and partisan gridlock – has decreased our faith in the voting process. Thus, some people see little point in voting.

Politicians receive massive campaign checks from interest groups, lobbyists, and corporations during their election campaigns, indebting them to these interests during their terms in office. While they are in office, many politicians accept cash or favors from moneyed interests (often legally, due to loopholes in our laws) in exchange for votes on legislation.

Once election season comes around, politicians who have yet to “sell” their decisions and influence are faced with a daunting task. They must fight off rival candidates who may not be so ethical or may have massive reserves of personal wealth to use in campaigning. At all levels of politics, we see the corrupting influence of money that threatens to overshadow our votes.

Why then is it important to vote, if our current political system has been so thoroughly corrupted?

The answer to this question is twofold. First, a massive opt-out of the voting system by people who share an ideology will inevitably shift the balance of governmental power away from their interests, at least in the short term. Second, voting gives us the best available tool by which we actually can shift policy in our country, so that it better fits our ideals.

If large numbers of voters voluntarily leave the voting system in protest, then the politicians representing the “other side,” or those with an ideology most contrary to protesting voters’, will receive a far larger percentage of the vote than if these voters had remained in the system. Imagine our political system as a scale; removing votes from one side of the scale will tip it towards the extreme of the other side.

A recent example of this phenomenon is the 2010 midterm elections. The massive demobilization of Democratic voters after the 2008 presidential election led to a wave of right-wing extremists being voted into office. Even if it is a choice between the lesser of evils, voting is something that everybody should do in order to represent their interests, lest they end up helping those whom they oppose.

If we don’t vote, we forfeit the right to complain about the actions of our government. We give up any hope of changing the system for the better. All Americans can, and should, use their votes to assure that their interests are represented. If a politician conducts him- or herself in a manner that you don’t approve, I would urge you to organize, mobilize, and go into the ballot booth to get him or her out of office.

Because we have the right to vote, politicians can only be as corrupt or as ideologically extreme as we let them be.

Even with the corrupting influence of money, we can affect change through the power of the vote. While money can influence voting, it cannot literally buy votes. If enough of us come together around an issue, we can overcome the influence of money and power – as examples of past activism, like the Civil Rights Movement, remind us.

Politicians may sell out, but we can organize and hold them accountable on election day. If a third of the country were to decide that they would not vote for any politician who took corporate money and didn’t publicly denounce Super PAC ads made in support of them, how long do you think it would be before many politicians stopped taking lobbyists’ calls?

Admittedly, voting is slow to affect policy and likely needs additional help to be effective. Nonetheless, it is a necessary first step in producing change. Vote, and then go out and organize to assure that your politicians don’t forget to whom they are accountable when elections roll around.

8 comments for “The Case for Voting”