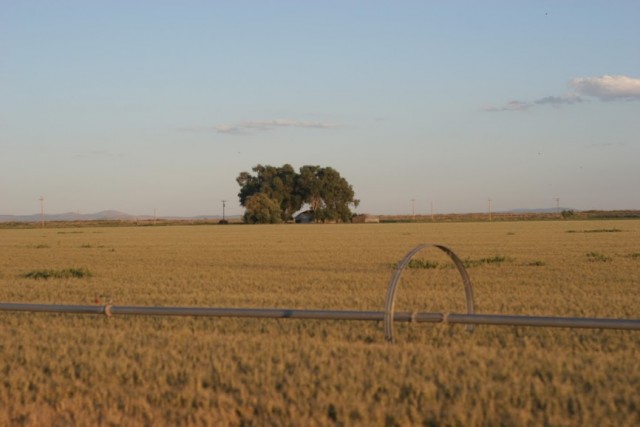 Want to expand your understanding about an important and under-served segment of our state population? Come to the Peace House on Tuesday, April 24, at 7 pm for a presentation on The Oregon Farmworker Movement, part of the History of Social Justice Organizing program.

PCUN is the cornerstone of a broader movement for farmworker and immigrant justice in Oregon. PCUN’s mission is to improve the living and working conditions of Oregon farmworkers through collective bargaining and other workplace justice organizing for farmworker rights, including consumer education, immigration representation for families who qualify for legal status, and advocacy for a new legalization program.

Larry Kleinman co-founded the Willamette Valley Immigration Project in 1977 and was co-founding member of Pineros y Campesinos Unidos del Noroeste (PCUN) in 1985.  Larry has served as PCUN Secretary-Treasurer since 1988.

Abel Valladares took up a leadership role in Oregon’s immigrants’ rights movement in the spring of 2006, during his senior year at Salem’s North High School, when he co-led a walk-out by more than a thousand students to protest anti-immigrant laws.  He went on to serve as a PCUN field organizer and as coordinator of the “CAPACES” collaborative, fostering leadership and uniting nine grassroots organizations based in the Latino communities of Salem and Woodburn. He is a native of Queretaro, Mexico.

The program is free and open to the public.

The Peace House, located at 2116 NE 18th Ave, four blocks north of Broadway, is served by 3 buses (2 on Broadway and the #8 on 15th Ave.) and is a comfortable walk from the Lloyd Center MAX stop.

History of Social Justice Organizing, a program of Occupy History and Our School, is an ongoing series of presentations by activists and scholars on a wide variety of social justice organizing both in  Portland and elsewhere. Find more upcoming programs at historyofsocialjustice.wordpress.com
[email protected] occupyhistory.us ourschoolportland.org
www.facebook.com/historyofsocialjustice Twitter: @OWS_Historians