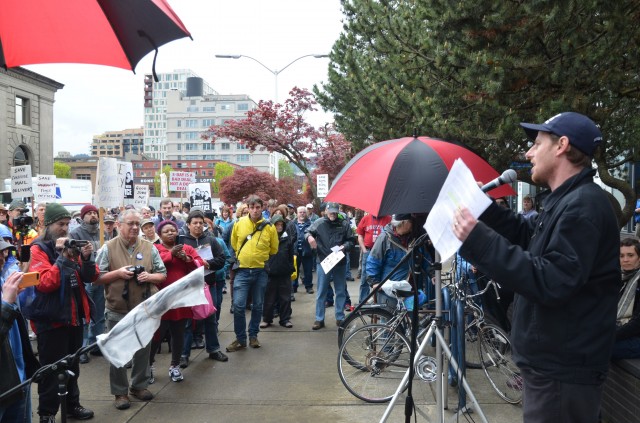 Cara Shufelt of the Rural Organizing Project (ROP) said, “After May 15th, the Postmaster General begins closing hundreds of distribution plants and thousands of post offices. These closures will cause huge disruptions to mail service, eliminating the overnight first class delivery standard, delaying delivery two or three days, and forcing hundreds of thousands of postal patrons to travel many miles to nearest post office.”

“Here in Oregon four distribution centers and over twenty rural post offices are marked for closure,” said Shufelt. “Not only will mail service be disrupted, but these communities will lose a valuable community hub and resource.” ROP staged “Occupy the Post Office,” a day of protest in rural Oregon on December 19, 2011, when 41 post offices were slated for closure. 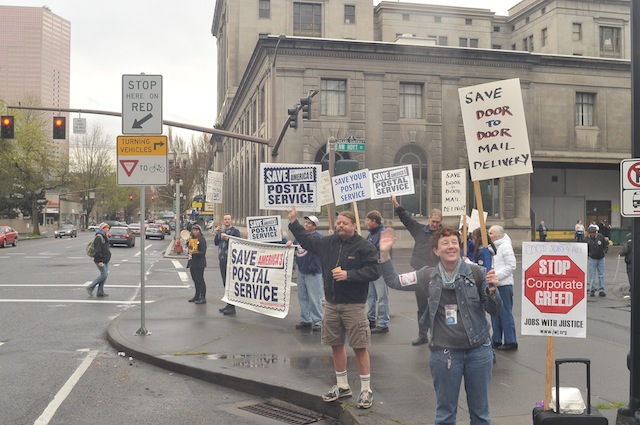 “Congress took the postal service money. Now the USPS needs it back,” said Jim Cook, president of the Portland area letter carriers union, calling the USPS financial crisis “manufactured.” Since 2006 the postal service has been forced to spend nearly ten percent of its budget pre-funding retiree health benefits 75 years in advance. “No other U.S. agency or private business faces such a crushing financial burden. Without this unjust Congressional requirement, the USPS would have been profitable,” Cook asserted.

Communities and Postal Workers United (CPWU) is a national network for the preservation of “our national treasure, the US Postal Service,” which serves over 150 million households and businesses six days a week and provides equal universal mail services for all the people, at reasonable uniform rates. Good postal jobs help build strong communities.

The CPWU calls on the Postmaster General to stop the closures and cuts. It calls on Congress to fix the finances by passing S 1853 and HR 3591, allowing the USPS access to its own surplus health benefit and pension funds.

CPWU’s rally was part of a “Portland Rising” day of action on TAX DAY, calling for Good Jobs for All – No Cuts! 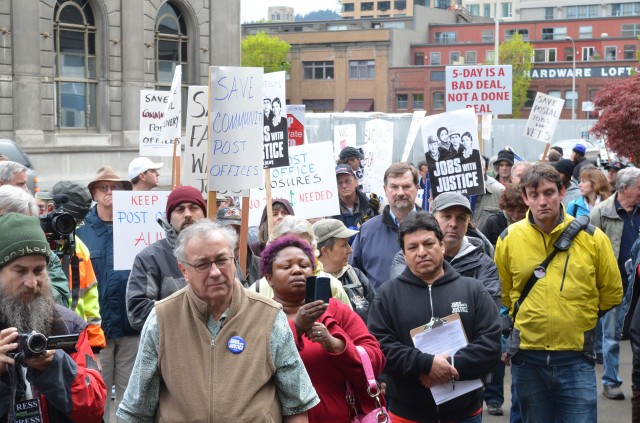