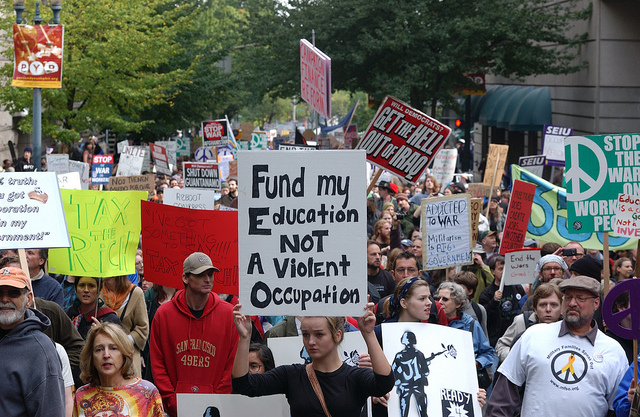 The sub-title of an article in the current issue of the Atlantic Monthly, The Data-Driven Parent, asks, “Will statistical analytics make for healthier, happier babies—or more anxious adults?” I think it’s only a matter of time before the Diagnostic Statistical Manual, the bible for psychiatrists, includes data-driven madness.

But before that, the purveyors of the knowledge economy will make a whole lot of money with cookies and apps data-mining and warehousing us toward compulsive consumption.

Conspicuous? Hardly! That’s the secret of those who hold the keys to the knowledge economy. And that’s why I heartily endorse the Oregonian’s editorial position this past week. We desperately need a privacy bill of rights!

Is education a commodity no different than the diapers and car seats we buy? Or would parents consider their kids’ education records sacrosanct? An EPIC question!

On February 29th, the Electronic Privacy Information Center (EPIC) sued the U.S. Department of Education (USDOE) to block changes to education privacy rules. They believe the USDOE overstepped its legal bounds in allowing non-governmental access to student records without written parental consent. At stake is the Family Educational Rights and Privacy Act, a law passed by Congress.

Senator Wyden’s “Student Right to Know Before You Go Act” relies on weakened privacy rules. This bill, Senator Wyden assures us, could generate ‘Carfax-style’ reports to help parents and students comparison shop for college. After all, college debts are consuming our kids’ futures to the tune of $1 trillion. That’s $1,000,000,000,000 or 1 x 10^12 for math geeks. Can’t wrap your head around that one? Rest assured, bubble economies don’t grow out of thin air.

The “job creators” handsomely rewarded financial engineers and bankers with their MIT and Harvard degrees for turning our economy upside down. Indeed, the “job creators” don’t care about your spiraling college debts, or whether that noose around your neck comes from the U. of O. or University of Phoenix!

These same “job creators” also reward politicians who write laws for the American Legislative Exchange Council.  ALEC is the golden goose for corporate executives who meet with state legislators to write “model legislation”.

With negative press growing, corporations are bailing out of ALEC. This past week, the Gates Foundation pulled out. Rest assured, Gates’ work is already done since ALEC has already given birth to laws and rule changes that resemble the “Longitudinal Student Growth Act,” the “Breach of Personal Information Notification Act,” and the “Resolution Calling for Greater Productivity in American Higher Education.”

Four years ago, Gates convened 14 Western States (including Oregon) to discuss linking data. A central topic of conversation was how to address the challenges to data sharing presented by the Family Educational Rights and Privacy Act.  Following that, Oregon was one of four states that participated in a Gates-funded pilot project to create a Multi-state Longitudinal Data Exchange. This would “enable a more comprehensive regional view of the creation of human capital and its flow among multiple states… across K-12 education, post-secondary education and the workforce.”

Most Oregon legislators don’t know that Oregon already has a cradle-though-career database that will be up and running by June 30, 2012. Project ALDER (Advancing Longitudinal Data for Education Reform) is a “key deliverable” for the Oregon Education Investment Board to calculate a return on education investment.

Project ALDER is compliments of Secretary of Education Arne Duncan, who was given broad discretion to distribute $5.5 billion through the American Recovery and Reinvestment Act of 2009. EcoNorthwest and the Chalkboard Project gushed about the opportunity to use stimulus to drive change and accelerate education reforms.

Michael Winrip of the New York Times writes, “Experts in tax law say that Pearson appears to be using its foundation to push its business interests, which would be a violation of the federal tax code.” It’s hardly reassuring that Susan Castillo, Superintendent of the Oregon Department of Education, took a Pearson Foundation-sponsored trip to Brazil last September. This junket came as her influence wanes and Governor Kitzhaber wields temporary control over the appointed Oregon Education Investment Board.

In a recent press release, the Gates Foundation boasted about their partnership with Pearson Foundation. They are creating “a full series of digital instruction resources.” In the meantime, education data breaches keep cyber security and identity theft companies busy. The 21st Century is a gold rush for the knowledge economy. Ask yourselves, “Whose return on investment is the Oregon Education Investment Board calculating?”

Data is driving the U.S. middle class over the cliff. That’s madness! We should channel our outrage into demands for privacy rights.