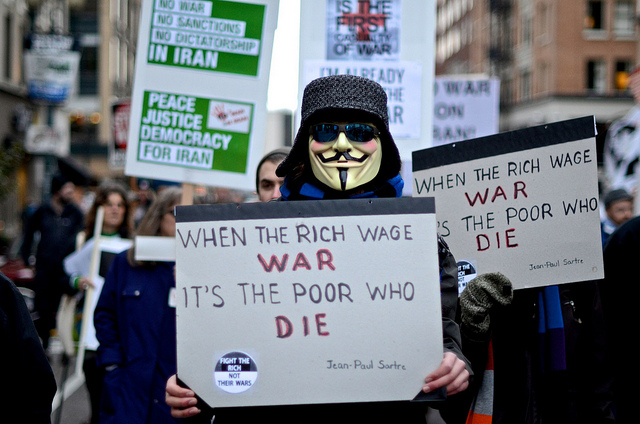 A coalition of peace, human rights, and Palestine solidarity organizations will hold a demonstration outside the annual Oregon fund-raising dinner of the American Israel Public Affairs Committee (AIPAC) on Sunday, April 29. The demonstration will protest AIPAC’s role in promoting a military attack on Iran’s nuclear energy facilities. The protest is also calling for an end to U.S. military aid to the Israeli apartheid government, which refuses to halt the construction of illegal settlements and routinely violates the human rights of Palestinians living under Occupation. Israel controls the lives of more than 4 million Palestinians in the West Bank and Gaza Strip but denies them the right to vote or to exercise their right to self-determination.

Some Oregon political leaders have regularly attended AIPAC’s annual fundraiser in past years. This year the protesters are asking Oregon’s leaders to represent their constituencies’ opposition to another unjust war in the Middle East by boycotting AIPAC’s gala. Among the groups protesting are Americans United for Palestinian Human Rights (AUPHR),  Jewish Voice for Peace – Portland (JVP), Occupy Portland, Peace and Justice Works – Iraq Affinity Group, and Students United for Palestinian Equal Rights (SUPER).

At  AIPAC’s recent national convention , Israeli Prime Minister Benjamin Netanyahu  tried to justify a military assault on Iran. Such an attack would violate the United Nations Charter, which forbids the use of force except in self-defense. The Iranian government has said that its nuclear energy program is for peaceful purposes. Iran is a signatory to the nuclear Nonproliferation Treaty (NPT) and is under an inspection regime by the International Atomic Energy Agency (IAEA). Both the IAEA and U.S. intelligence agencies have determined that Iran does not have a nuclear weapons program. Israel, on the other hand, has refused to sign the NPT and is believed to have between 200-400 nuclear weapons.

“AIPAC represents a minority, radically right-wing position in its lobbying for the Netanyahu government,” explained William Seaman, a member of Jewish Voice for Peace.  “They do not represent Jewish opinion in the United States or in Israel, which is one reason groups like JVP and other Jewish organizations are challenging their disproportionate influence on our political process.” Polls show that AIPAC does not speak for most American Jews.

The protest will take place outside the Mittelman Jewish Community Center, 6651 SW Capitol Highway in Hillsdale, beginning at 4 p.m. on April 29. Demonstrators are committed to nonviolence and oppose all forms of racism, including racism against Jews. They are asking Oregon residents and political leaders to say No to war on Iran, No to funding Israeli apartheid, and No to AIPAC and the lobbies of the 1%.

3 comments for “No War on Iran: Occupy AIPAC”