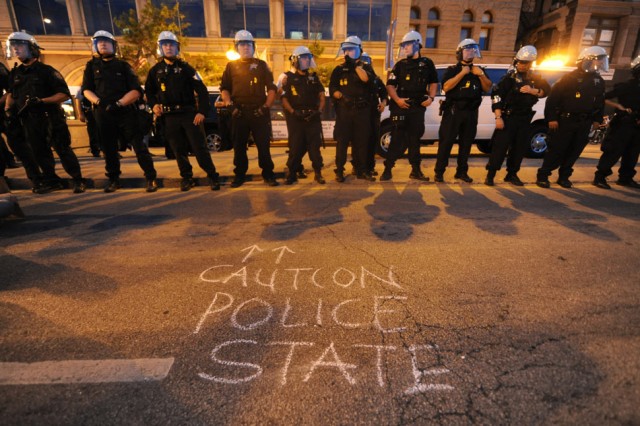 The following is my general report on the events of my arrest and detention on May 20th, 2012 during the NATO summit protests in Chicago, Ill.

I was arrested at around 4:15 in the back of the main march today in Chicago. I was detained until 11:45. I was walking across the street when I was surrounded by CPD officers and asked to put my hands behind my back. They grabbed my arms and cuffed me while they slowly figured out how to remove my back pack straps and cut off my camel back. I then proceeded to sit for 40 minutes in the back of a hot CPD transport truck before they brought in anybody else. It was another 45 minutes or so before we left to the jail (Precinct North). Out of the 21 people in my truck, I was the only one who was not in some way brutalized by the police before their arrest. Of the 21 people in my truck, 3 had concussions, two had injured ribs and about 5 were losing circulation in their hands due to their flex cuffs being pulled too tight. Of those with the concussions, the one kid from Occupy Boston passed out before we arrived at the jail, he had a weak pulse, low breathing rate and his eyes were rolled up into his head. Despite this and repeatedly attempting to call attention to this from the three CPD officers in the front of the truck, no medical treatment was provided for over 15-20 minutes, while we waited for the cops to open the door at the jail. It was an interesting experience trying to remain the relative voice of calm and reason in the sweltering heat trap of the back of that truck knowing full well that I had been in there for twice as long as these other folks who were having quite a bit of trouble keeping their shit together. I found it amusing, however, just how glad we were when it was raining outside of the truck when that door opened.

When at the jail, half of us were presumably taken into the jail while about 10 of us were taken to the back of an I.C.E. truck for holding (5 in each cell). The detention cells of an I.C.E. truck are 3x12x7′ stainless steel constructions featuring a bench, a toilet and sink and an additional seat at the end of end of the room opposing the toilet. The one I was in was air conditioned, to the relative jaded delight of the other folks in my cell. The Department of Homeland Security and Immigration & Customs Enforcement personnel (who took charge of fingerprinting us) can observe everything we do and say by way of TV screens in the front cabin which are linked to the two cameras (one at each end of the cell) in each cell and by way of the constant audio feed playing on the front cabin speakers of everything the detained say and every noise we made. 3-4 hours in an I.C.E. truck was an interesting learning experience: I learned from an I.C.E. agent how to check for circulation in a persons finger after observing the test employed before denying several prisoner’s requests to loosen their flex-cuffs; I learned that 550 cord saws through flex cuffs like a knife through butter; and I learned that the feds apparently don’t give a fuck when you remove CPD handcuffs in their cells.

After sitting in the I.C.E. truck for a few hours, I was taken inside and told that I was to be RWOC (Released With Out Charges). After about another hour/hour and a half, I was released with virtually all of my stuff. I say virtually all of my stuff because the police would not allow me to take my bottle of liquid antacid and water mix that had been in my back pack at the time of my arrest. This was actually quite the point of confusion for quite a few CPD officers. The first one to ask me about it asked me after I was put on board the truck to the jail. I explained to him that it was “liquid antacid and water, about half each,” and that it was for “eyewashes in case of police use of pepper spray.” “Ant-Acid?” the officer replied. “Like Maalox,” I explained to him. This interaction happened two more times during outprocessing. During the first of which, I began to crack up laughing as I overheard the police out in the hall way debating whether or not it could be a corrosive substance, “We don’t know if this is a corrosive substance!” “It can’t be a corrosive substance, it’s in a plastic bottle, it’d melt through it!” It took them forever to ask. When I explained to them the mechanics of how antacid bonded to the oils in the pepper spray and the water helped wash it out, they were struck with the oddness of the situation of processing someone who could actually explain to them some of the very basics of immediate after care for their chemical weapons. This, too, gave me a laugh.

In the 7 and a half hours I was “just detained” I was never charged. When I was loaded into the truck, I asked what I was being charged with only to be met by silence. When I arrived at the I.C.E. truck I asked what my charges were to be informed that I was not yet charged and that I was “just being detained.” During my outprocessing, I finally received the answer when I was told that I was being released without charges. Given the nature of my arrest, this was not terribly surprising. I had been walking across the street to talk to a friend on the other side of the police barricades when I was simply encircled by cops and placed under arrest. There was absolutely no additional context given prior to the arrest. As I was being loaded into the truck, I over heard the police saying, “Do we have a confirmation on the individual?” “Yeah, this is the one.” and “Is this the black bloc?” “Yeah, this is the black bloc.” It was clear to me that my time spent trying to assist the logistics of the Cascadian crew rearguard line blocking the back of the march from the cops, in the event that the cops charged the march had made me stand out as someone whom it might be strategically advantageous to remove from the streets no matter how temporarily. Despite this, I stayed shut the fuck up about the worst of possibilities. Having been arrested not 20 minutes after walking by a group of Pakistani nationals who were demanding an end to NATO air strikes in the NWFP and shouting “Pakistan zindabad! (Urdu for “Long live Pakistan!”) at them, made being put into an I.C.E. truck and watched over by the Department of Homeland security a little interesting. Being targeted as some sort of presumed “leader of the anarchists” was equally interesting.

Ultimately, albeit an annoying experience, I didn’t catch remotely the worst of today and am so comparatively alright that I take my experience as more of a waste of my time than any serious injury upon my personal freedom or dignity. I’m not one of the many who were physically brutalized by the CPD today, I’m not the kid who could go into a coma due to the shite medical attention the city of Chicago provides the folks it knocks over the head, I’m not one of the many who were given trumped up charges with ridiculous bonds attached to their release. I was arrested because I looked too much like someone who knew what they were doing in a situation I’ve seen dozens of times over. The materialization of years of reflection upon years of riot cop induced PTS spooked the police enough to pre-emptively arrest me. That’s all that happened today at that march for me. I suppose I should feel like that’s some sort of cool thing to draw some kind of abstract and sublime inspiration from… It only feels like the CPD was wasting my time.

In any case, I’m out and hope to be back in Portland soon. Fuck La Migra!

4 comments for “Strategically Incapacitated in Chi-Town”