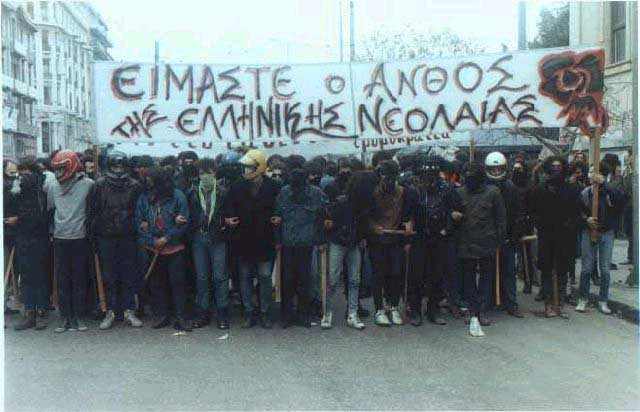 After the last Greek elections rejected austerity and caused a global uproar, early polling indicates that the next Greek elections — scheduled for June 17 — will do the same, albeit with more fury.

Greece’s situation is not an isolated event, but a bellwether for the industrial world and beyond. The fallout from the 2008 global crisis hasn’t reached bottom yet, and the depths will be dug deeper as the Euro crisis spreads — political crisis will create economic crisis and vice versa, as periods of calm and stability are replaced by international turmoil and panic.

The media and politicians have portrayed the Greeks as indolent and stupid, refusing to swallow the economic medicine needed for a healthy recovery. But the austerity medicine of the bankers — slashing and privatizing the public sector, cutting wages and benefits, mass layoffs, etc. — is a cure that threatens to kill.

What will happen in Greece? Its future was hinted at in the last elections. The centrist parties were devastated by the reality of economic extremes; the “middle ground” simply fell out from under them, since society had been torn asunder by the inequality of the very rich versus everybody else.

In consequence, the radical left party SYRIZA is polled to come in first in the next elections, based on its firm stance against austerity and its uncompromising attitude against the bankers of Greece and beyond. The corporate politicians wanted SYRIZA to take part in a “unity government” that would magically rebuild the country’s lost middle ground and continue the pro-banker austerity policies.

But unity in an economically polarized country like Greece is impossible, especially when the continued existence of the bankers and wealthy rests on the continued suffering of everybody else.

Since unity failed during the last elections, Greek “technocrats” are now overseeing the government until the next elections. What is a technocrat? Someone who supposedly lacks any class bias; the professional strata of professors, lawyers, or doctors that attempt to sit astride an uneven society perfectly balanced, blind to special interests, while keeping their sights set on the “national interest.” But the Greek technocrats are continuing the wealthy’s austerity program, exposing their fake objectivity.

Europe has a long history of unity governments, technocratic governments, and “national salvation governments” (a fancy, more alarmist term for a unity government). In every case the status quo attempts to consolidate itself yet again, trying to muddle through the crisis by putting forth new politicians that have yet to expose themselves as corporate puppets.

What will SYRIZA do if it places first in the next election? A left government could be created — only if the Greek Communist Party agrees — with a plan to get Greece’s working people out of its current abyss.

But the Greek bankers and EU bank-bought politicians will keep a gun to the head of a left government, striving to either tame or crush it. Threats will be made to withdraw European bailout funds if an anti-austerity path is taken; the wealthy who invest in Greek debt will run for a safe haven (those who haven’t already).

Therefore, the Greek lefts must go “all out;” drastic action is needed. The Greek banks should be nationalized, which SYRIZA has already promised to do; the wealth of the rich must be redistributed through progressive taxation and, where necessary, confiscated (such “extreme” measures are necessary when there is no wealth to be found elsewhere).

These extreme solutions are the only answers to the extremity of austerity. Most importantly, if the Greeks took drastic action against the corporate class, it would set an example for the world to follow. People everywhere would be inspired to fix the crisis on the backs of the wealthy versus working people.

If a left government fails to take drastic action or submits to the bankers, its popularity will plummet, and the right wing will be empowered by using the demagoguery of anti-immigration rhetoric. The Greek Golden Dawn Party (neo-Nazi) used this tactic effectively in the last election to propel itself into parliament for the first time, though it is greatly outnumbered by the forces on the left at this time.

The balance of power lies on the side of the left in Greece: the working class has been radicalized and will not submit; mass demonstrations and general strikes have become common place. But power can fluctuate quickly in times of crisis. Unless the left takes drastic action in Greece, a long period of political instability is likely, with the left and right taking turns at power, attempting to solve the country’s economic and political problems by different methods that favor different social classes. The right wing will seek to “tame” the trade unions and implement austerity, the workers will seek to tame the bankers and the corporations and tax their wealth.

But in a polarized, crisis-plagued country like Greece, a showdown is inevitable. Stability can only be found when one class is forced to submit to the other, since there now exist two powers in the country — corporate power and people power.

It’s possible that, after a long period of instability that weakens the left, the right wing will attempt to impose “stability” through dictatorship, for the “national interest.” But the army is too weak at this time and the workers too strong; a premature military move would likely spark an even harsher response from the workers.

Greek austerity has accelerated the Greek economic crisis, but austerity is a global problem. It is the bank and corporate answer to an economic crisis which resulted from their passing their private debts onto the public purse, while pushing down wages low enough for these same corporations and banks to regain growth through “profitability.”

The global crisis is structural in nature — the industrial world has huge debt with little or no growth. The rich insist growth (profits) must be made on the backs of the workers, who are being made to work harder for lower wages, fewer benefits, and fewer social programs.

Therefore, all over the world the media reports that worker’s wages are too high, their benefits too lush; social programs are suddenly too expensive and must be slashed alongside education, transportation, and other essentials of a civilized society. Unions and immigrants are made to be enemies of the public. Yet more and more working people are coming to the realization that the blame for the crisis must be placed on those who caused it — the banks and corporations — and they must be made to pay for it.