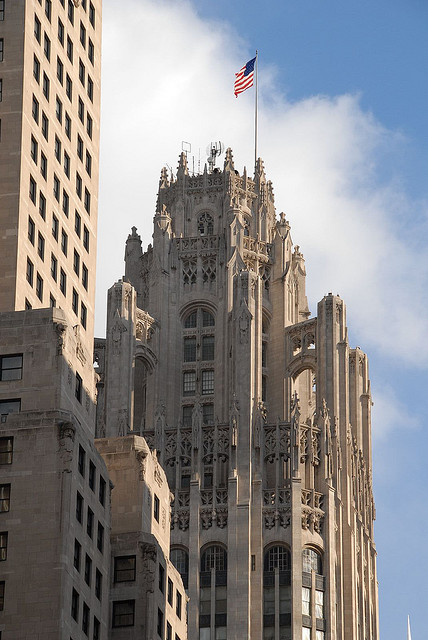 We haven’t tried to seize Trib Tower, so why are they after our home? (Photo: Mark Danielson, Creative Commons)

This story was originally published in the Occupied Chicago Tribune.

In the 8 months since the Occupied Chicago Tribune started publishing as media for the 99 percent, we have been threatened with a lawsuit, challenged on our right to publish and even been told that using the letter ‘T’ in our name could be legally disputed. But despite the continued attempts by the 1% Chicago Tribune to silence us, we plan to continue fighting for our right to political speech in the courtroom or on the streets – wherever it may be under threat.

The latest attempt by the Chicago Tribune to censor us took the form of a stealthily filed attempt to seize our domain name. On June 18, Attorneys Michael Deutsch and Ben Elson of the People’s Law Office filed a response on our behalf and on behalf of the friend of the paper who owns the two domain names, disputing the Uniform Domain Name Dispute Resolution Policy (UDRP) proceeding filed by the Tribune Company.

“This is a case about the fundamental human right of political speech,” the response states. You can read it in full here (PDF hosted courtesy of the Chicago Reader).

The response makes clear why this should not happen:

A WIPO ruling on the Tribune Company complaint is likely by late July.