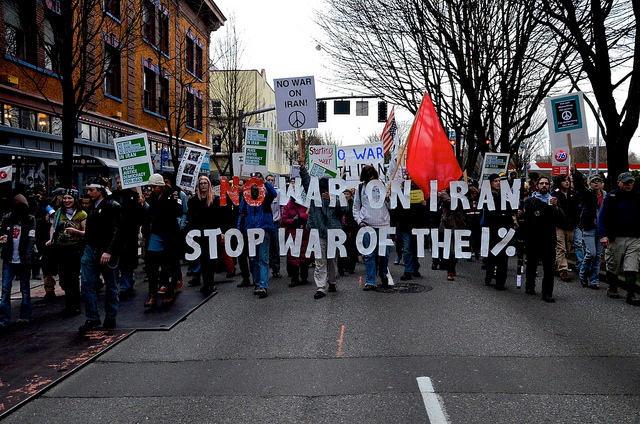 I was probably seven years old before it really sunk in that everybody in my town was not celebrating my birthday on July 4. It was an exciting day with parades, picnics, fireworks and, in my case, special birthday parties and gifts. I lived much of my young life with the extra boost of having been born on the day that our earliest political framers signed the Declaration of Independence, an historical act of defiance against monarchial colonial rule from distant England. I remember proudly carrying the U.S. American flag in one of the July 4th parades in my small, agricultural town in upstate New York. And for years I felt goosebumps looking at Old Glory waving in the breeze during the playing of the national anthem or as it passed by in a parade. How lucky I was to have been born in the greatest country in the history of the world, and blessed by God to boot. Such a blessing, such a deal!

It wasn’t until many years later, while reading an issue of the armed forces newspaper Stars and Stripes in Vietnam, that I began thinking and feeling differently about the flag and what it represents. There was a story about an arrest for flag burning somewhere in the United States. I had recently experienced the horror of seeing numerous bodies of young women and children that were burned alive in a small Delta village devastated by napalm. I imagined that since the pilots had “successfully” hit their targets, they were feeling good and probably had received glowing reports that would bode well in their military record for promotions. I wondered why it was okay to burn innocent human beings 10,000 miles from my home town, but not okay to burn a piece of cloth that was symbolic of the country that had horribly napalmed those villagers. Something was terribly wrong with the Cold War rhetoric of fighting communism that made me question what our nation stood for. There was a grand lie, an American myth, that was being fraudulently preserved under the cloak of our flag.

It took me years to process this clear cognitive dissonance between the rhetoric of my cultural teachings and the reality of my own personal experiences. I had to accept that, either there was serious distortion in how I was interpreting my personal realities, or the cultural rhetoric was terribly distorted. Hmm. A dilemma! If I accepted the former, I could relax and feel good about being an “American.” If I accepted the latter, I would experience a serious identity crisis, perhaps a nervous breakdown. But no matter how hard I tried, I could not ignore what my own conscience was continually telling me.

I began a serious reflection that included careful study of U.S. and world history. When I was a teenager living near Seneca Indian reservations in western New York State I occasionally heard Seneca acquaintances utter “jokes” about how the “White man speaks with forked tongue.” We thought it funny at the time. But then I discovered how my country really was founded. There were hundreds of nations comprised of millions of human beings–yes, human beings–living throughout the land before our European ancestors arrived here in the 1600s. The U.S. government signed over 400 treaties with various Indigenous nations and violated every one of them. And over time these original peoples were systematically eliminated in what amounted to the first genuine American holocaust.

When I reread the Declaration of Independence I noted words I hadn’t been aware of before: “He [the King of Great Britain] has excited domestic insurrections amongst us, and has endeavoured to bring on the inhabitants of our frontiers, the merciless Indian savages, whose known rule of warfare, is an undistinguished destruction of all ages, sexes and conditions.” Honest history reveals that the very land upon which our founding fathers began this new experiment in freedom had been taken by violence and deceit, ironically using the same diabolical methods the framers accused of those already living here. It became obvious after extensive reading that my European ancestors did not believe that Indigenous Americans were human beings worthy of respect, but despicable, non-human creatures, worthy only of extermination. The pre-Columbus population of Indigenous in the Western Hemisphere is estimated to have been at least 100 million (8-12 million north of the Rio Grande). By 1900 this population had been reduced to about 5 percent of its former size. An Indigenous friend of mine, a Seneca man who had served the U.S. military in World War II, Korea, and Vietnam, and then after retiring, discovered his ancestral roots as a native American, once remarked to me: “I call the American flag ‘Old Gory,’ the red representing the blood, and the white, the bones, of my murdered ancestors.”

When adding to our first holocaust the damage done to African cultures through forcefully seizing human beings to be slaves in order to build our early agricultural and industrial base, and the carnage from nearly 300 U.S. overt military and thousands of covert interventions in the Twentieth Century to acquire access to markets and resources on our selfish terms, we see there are actually three holocausts that have enabled the “glorious American civilization” to be what it is today. It is now estimated that Africa lost 50 million of its population to the slave trade, at least two-thirds of whom were killed resisting capture or died during the horrors of transit; an estimated 20 to 30 million people in the Third World have been killed as a result of U.S. interventions. Note that when other peoples all over the globe have attempted to emulate the spirit of our Declaration of Independence (a proclamation of self-determination), such as Vietnam explicitly did in 1945, our government not only has turned a deaf ear, but has done everything in its power short of dropping Atomic bombs to destroy their efforts to obtain independence. This is the foundation upon which we have built “America.” Quite the karma!

The founding of our Republic was conducted in secrecy by an upper class who insisted on a strong national government that could assure a successful but forceful clearing of western lands, enabling the safe settlement and economic development of previously inhabited Indigenous territory. Our Founding Fathers did not represent the common people. Some historians believe that if the Constitution itself had been subjected to a genuine vote of all the people it would have been resoundly defeated. Subsequently, what evolved is a political system run by plutocrats who perpetuate an economic system that protects the interests of those who finance their campaigns (a form of bribery). The U.S. government is a democracy in name only. Never have we had a government that seriously addresses the plight of the people, whether it be workers, minorities, women, the poor, etc. Whatever has been achieved in terms of rights and benefits for these constituencies, i.e., the people, has been struggled for against substantial repression, and the constant threat the gains will be subsequently lost. Intense pressures are applied by the selfish oligarchy which seeks ever increased profits, rarely, if ever, considering the expense to the health of the majority of people, their local cultures, and the ecology.

What the West calls capitalism is nothing like what Adam Smith had in mind with his views of decentralized networks of small entrepreneurs working in harmony with the needs and forces of others in their own communities. What we have is a savage system of centrally institutionalized greed that is unable to generalize an equitable way of life for the majority of people here in the U.S., or in the rest of the world. It requires incredible exploitation of human and other natural resources all over the globe with the forcible protection of military and paramilitary forces financed or sanctioned by governments. It thrives on its own sinister version of welfare where the public financially guarantees–through tax loopholes, subsidies, contracts, and outright bailouts–the profitable success of the major corporations and financial institutions, especially, but not exclusively, in the military-industrial complex. Additionally, our monopoly capitalism defines efficiency by totally ignoring the true costs of its production and distribution. It conveniently forgets the huge ecological and human exhaustion costs (both being our true wealth). If these costs were included, the system would be finished in a second. The reality, upon honest examination, is that the economic system we call capitalism, now neoliberal, global capitalism, is cruelly based on a very fraudulent set of assumptions that justify massive exploitation. The reality, upon honest examination, is that our political system was founded, and has been maintained to this very day by substantive plutocracy, not democracy.

So when I see the flag and think of the Declaration of Independence, instead of the United States of America, I see the United Corporations of America; I see the blood and bones of people all over the globe who have been dehumanized, then exterminated by its imperialism; and I see a symbol that represents a monstrous lie maintained by excessive, deadly force. It makes me feel sick, and ashamed. And I know that my opinions being expressed here will not be popular, even among some of my closest friends. But I cannot ignore the reality as I now understand it. I believe we are living one of the most incredible lies in history, covered over by one of the most successful campaigns of public rhetoric, ignoring empirical reality. It is truly amazing! I hope that one day we will end our willful ignorance and be able to see our transgressions, and beg, on our knees, for forgiveness, and then wail as we begin to feel the incredible pain and anguish we have caused the world as well as our own bodies, minds, souls, and culture.