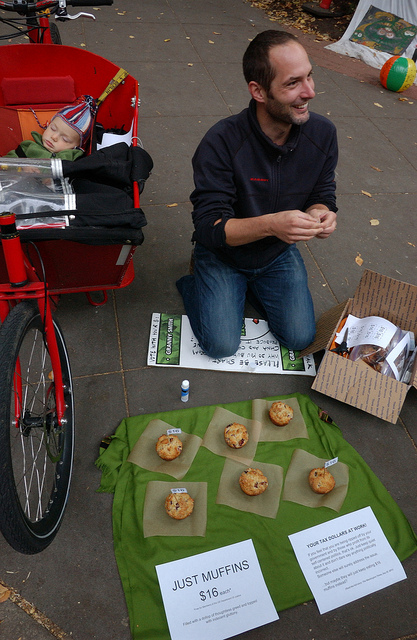 Any book with “Occupy” in the title should be read with great skepticism. Richard Wolff is prepared to attack such suspicion in his book “Occupy the Economy, Challenging Capitalism”. The book has an additional challenge that invites extra suspicion: Richard Wolff writes as an unabashed socialist, and socialists have an awful track record of connecting their ideas with the broader public. The socialist stereotype of a person who speaks or writes in ways that the average person finds foreign, or simply boring, is often true.

The target audience of “Occupy the Economy” are those radicalized by the Occupy movement, and there is both a generation gap, plus an ideological chasm separating these readers from Wolff, demanding some artistry to complement the economics.

Wolff performs his task with surprising ease, explaining complex, relevant ideas in a digestible manner that has the potential to guide readers into focused political action, or at least a higher understanding of the nation’s most pressing economic and political problems.

The beginning of “Occupy the Economy” lays an excellent foundation. Wolff explains the larger political/theoretical victories of the Occupy movement:

“The importance of the Occupy movement was and is positioning its challenge to capitalism front and center among its concerns and passions…despite the power of pro-capitalism ideology, Occupy has been able to contest it in amazingly profound ways in an amazingly short time and for an amazing number of Americans.”

Wolff argues that because capitalism could not be a subject for discussion or debate until now, its “darker impulses” were allowed to fester unnoticed, unchallenged, permeating our culture. Occupy has cut through decades of this stifling thinking, opening up intellectual avenues that can now be pursued by millions of people.

For example, Wolff explains, thanks to Occupy we can now have open discussions about how our society produces and distributes goods and services (capitalism), and therefore learn how the 1% most benefits from this system; how they control it undemocratically; and how we can work to change it.

Wolff, a Marxist economist, gives a deeper analysis of capitalism, so that the “mysteries” of wealth accumulation become clear in all their exploitative nature. By reading “Occupy the Economy,” the reader unknowingly receives an excellent introductory lesson into Marx’s greatest literary achievement, “Capital”.

But Wolff does not shy away from the origins of his analysis:

“…if you want to think critically about capitalism, sooner or later you are going to have to encounter the theoretical tradition of Marxism, because it is the most developed and draws from contributions made from virtually every country on Earth, from a thousand struggles against business and governments supporting capitalism. It’s a repository, a rich resource that ought to be made use of by anyone who wants to have a balanced perspective when it comes to dealing with the real problems.”

Wolff explains that, in the same way that the biased, pro-capitalist beliefs went unchallenged in our society, so did the slanted, anti-socialist ideas that dominated our universities and political system without real discussion or debate. For example, the two most important socialist writers of the 20th century – Vladimir Lenin and Leon Trotsky – they are intentionally ignored by over 95 percent of universities in the US, ensuring that students have no real understanding of modern socialism and its common distortions.

But variations of socialism continue to inspire social movements around the world. The U.S. is by far the most anti-socialist nation on earth, due to its unique Cold War era of McCarthyism which sparked a witch hunt that virtually banished Marxism in academia, thus removing important contributions to our understanding of political science, economics, history, art, and other disciplines.

Wolff transitions from the abstract to the concrete, and focuses much of his book on practical subjects most relevant to the Occupy movement, including the consequences of the recession and bank bailouts. He discusses the subject of austerity at length (cuts to education, transportation, and other public services, attacks on public workers, increases in taxes, and privatization). In Wolff’s words:

Wolff also puts forth an immediate demand for a national jobs program, similar to what was enacted under Roosevelt during the Great Depression. Wolff’s description of the potential for such a program is inspiring and politically relevant to the current lumbering jobs crisis. Wolff writes:

“There are many useful things that could be done in this country. Grow the capacity of day care centers…improve programs for the elderly, Green our society; improve the ecological relationship with the environment which we’ve neglected, whether that be insulating homes or building a proper public transportation system…”

A consistent theme in Wolff’s book is his insistence that our economy be democratized, meaning that employees, rather than the CEO or shareholders, should be the ones who make company decisions. Wolff is right to demand economic democracy, but he invites criticism since, at the same time, he minimizes the need for public ownership of these corporations (unfortunately another theme of the book).

It seems likely that any CEO would counteract his employees’ demands for “democracy” with a quick lesson on the property rights of the billionaire owners of the company. If someone owns something, the CEO would explain, they have the “right” to do with it as they please – a fact that is essential when “economic democracy” is being discussed. Workers would then be forced to take ownership themselves, or concede that the owner does in fact have a right to control the profits produced by the workers, in which case democracy would be impossible.

But economic democracy, unlike most subjects in Wolff’s book, is a debate that is not immediately relevant. It is these subjects that Occupy activists can learn from, be inspired by, and fight for after having read “Occupy the Economy”.