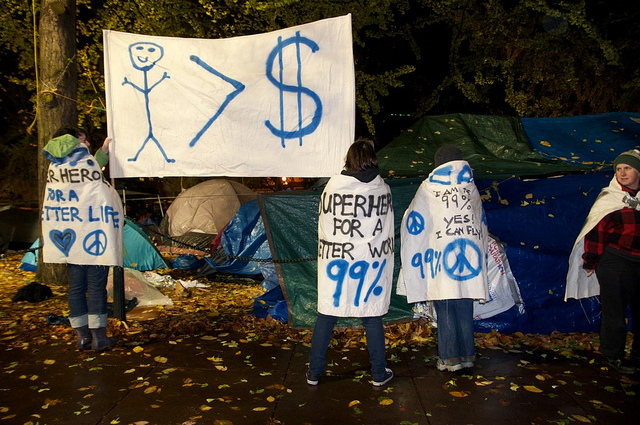 The U.S. heat wave is slowly shaking the foundations of American politics. It may take years for the deep rumble to evolve into an above ground, institution-shattering earthquake, but U.S. society has changed for good.

The heat wave has helped convince tens of millions of Americans that climate change is real, overpowering the fake science and right-wing media — funded by corporate cash — to convince Americans otherwise.

Republicans and Democrats alike also erect roadblocks to understanding climate change. A complete lack of political action toward addressing the issue strengthened the “climate change is fake” movement, since Americans presumed that any sane government would actively try to address an issue that has the potential to destroy civilization.

But working people have finally made up their minds. A recent poll shows that 70 percent of Americans now believe climate change is real, up from 52 percent in 2010. And a growing number of people are recognizing that the warming of the planet is caused by human activity.

Business Week explains: “A record heat wave, drought and catastrophic wildfires are accomplishing what climate scientists could not: convincing a wide swath of Americans that global temperatures are rising.”

This means that working class families throughout the Midwest and southern states simply don’t believe what their media and politicians are telling them. It also implies that these millions of Americans are being further politicized in a deeper sense. Believing that climate change exists implies that you are somewhat aware of the massive consequences to humanity if the global economy doesn’t drastically change, and fast.

This awareness has revolutionary implications. As millions of Americans watch the environment destroyed while politicians do absolutely nothing in response – or make tiny token gestures – a growing number will demand political alternatives, and fight to see them created. The American political system as it exists today cannot cope with this inevitable happening.

The New York Times explains why: “…the American political system is not ready to agree to a [climate] treaty that would force the United States, over time, to accept profound changes in its energy [coal, oil], transport [trucking and airline industry] and manufacturing [corporate] sectors.”

In short, our government will not force corporations to become more eco-friendly at the cost of profits. This is the essence of the problem.

In order for humanity to survive climate change, the economy must be radically transformed; massive investments must be made in renewable energy, public transportation, and recycling, while dirty energy sources must be quickly swept into the dustbin of history. Unfortunately,  the economy is currently owned by giant, privately run corporations that make massive “contributions” to political parties in order to ensure they can continue destroying the earth for profit. It’s becoming increasingly obvious that government inaction on climate change is spurred by the domination of these corporate “special interests”.

This fact of U.S. politics is present in every other capitalist country as well, which means that international agreements on reducing greenhouse gasses will remain impossible, as each nation’s corporations vie for market domination; reducing pollution simply puts them at a competitive disadvantage.

This dynamic has caused massive delays in the UN’s already inadequate efforts at addressing climate change. The Kyoto climate agreement was the by-product of years of cooperation and planning between many nations that included legally binding agreements to reduce greenhouse gasses. The Bush and Obama administrations helped destroy these efforts.

For example, instead of building upon the foundation of the Kyoto Protocol, the Obama administration demanded a whole new structure, something that would take years to achieve. The Kyoto framework (itself insufficient) was abandoned precisely because it included legally binding agreements, based on multilateral, agreed-upon metrics.

In an article by the Guardian entitled “U.S. Planning to Weaken Copenhagen Climate Deal,” the Obama administration’s UN position is exposed, as he dismisses the Kyoto Protocol by proposing that “…each country set its own rules and to decide unilaterally how to meet its target.”

Obama’s proposal came straight from the mouth of U.S. corporations, who want to ensure zero accountability, zero oversight, zero climate progress, and therefore no dent to their profits. Instead of using its massive international leverage for climate justice, the U.S. has used it to promote divisiveness and inaction, to the potential detriment of billions globally.

The stakes are too high to hold out any hope that governments will act boldly. The Business Week article below explains the profound changes happening to the climate:

“The average temperature for the U.S. during June was 71.2 degrees Fahrenheit (21.7 Celsius), which is 2 degrees higher than the average for the 20th century, according to the National Oceanic and Atmospheric Administration. The June temperatures made the preceding 12 months the warmest since record-keeping began in 1895, the government agency said.”

The environmental rights movement continues to morph through a variety of phases, including individual and small group eco-“terrorism”; causing property damage to environmentally destructive companies; corporate campaigns that target polluters through high-profile direct action; and massive education programs that are successful, but fall short when it comes to winning change.

Ultimately, climate activists must come face to face with political and corporate power. Corporate-owned governments are the ones with the power to adequately address the climate change issue, and they will not be swayed by good science, common sense, basic decency, or even a torched planet.

Those in power only respond to power, and the only power capable of displacing corporate power is when people unite and act collectively, as was done in Egypt, Tunisia, and is still developing throughout Europe.

Climate groups cannot view their issue as separate from other groups that are organizing against corporate power. The social movements that have emerged to battle austerity measures are natural allies, as are anti-war and labor activists. The climate solution will inevitably require revolutionary measures, which first requires that alliances and demands are put forward that unite Labor, working people in general, community, and student groups toward collective action.

One possible immediate demand is for environmental activists to unite with Labor groups over a federal jobs program — paid for by taxing the rich — that makes massive investments in climate-related jobs like solar panel production, transportation, building recycling centers and home retrofitting..

Another demand could be insisting that the government convene the most knowledgeable clean energy scientists and provide them all the resources necessary to collectively create alternative energy sources that will provide a realistic alternative to our current toxic energy choices.

It is certain that any type of immediate demand will meet giant corporate resistance from both political parties; however fighting for a unifying demand will strengthen the movement. For this reason it is important to link climate solutions to the creation of jobs, which are the number one concern of most Americans. This unity will in turn lead allies toward a deeper understanding of the problem, and thus will deeper solutions emerge to challenge a profit-driven economic structure now deaf to the needs of humans and the climate.

Shamus Cooke is a social service worker, trade unionist, and writer for Workers Action (www.workerscompass.org). He can be reached at [email protected]

4 comments for “Climate Change and the Next U.S. Revolution”