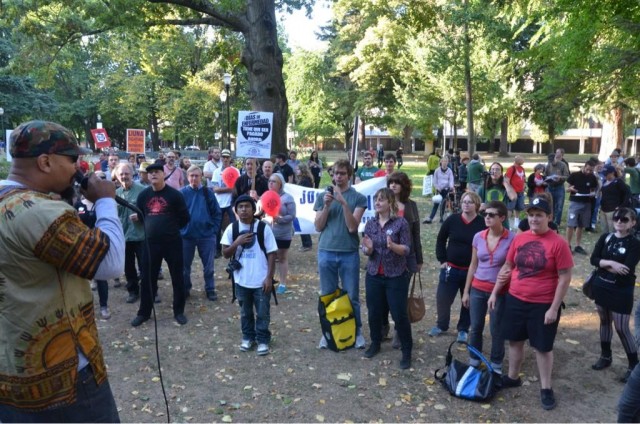 In this campaign season, as candidates and a compliant corporate media again do everything possible to avoid real policy issues, it is guaranteed that, in lieu of substantive discussion, every stump speech will trumpet assurances that we are the greatest nation since Sliced Breadistan. So here’s a quick question: what is the only industrialized country that does not in some way mandate paid time off for sick workers? If you answered the US, you win the prize: Just be sure to wash your hands after handling it.

It should come as no surprise that – like health insurance and retirement plans – the number of paid sick days, if any, workers receive closely correlates to their wage levels. According to a US Department of Labor Bureau report issued in July, only 21% of low income workers have sick days for which they receive compensation, while 87% of workers in the highest wage category get this benefit. This is an odd statistic in many ways. After all, a high percentage of these low wage workers take care of our children after school or bring food to our tables in restaurants. They are people, in the case of childcare workers, likely to be around germs, and in the case of waitresses or cooks, in positions that facilitate the spread of germs. According to Emmett Nolan, member of Paid Sick Days Now! and the Industrial Workers of the World (IWW), “Food service and child care workers have the highest percentage of workers without paid sick days. It’s a human right and a public health issue as well when you are dealing with people whose jobs bring them in contact with the public.”

On October 6 a boisterous crowd of 100 assembled in Holladay Park for the first public gathering of Portland’s Paid Sick Days Now! campaign. The movement, which has been gathering steam about for year, officially kicked off in June. “We believe it’s a human right to be able to take care of yourself and not lose a day’s pay,” Nolan said. “Most folks are put in the position of choosing paying a bill, paying for food, paying to take of their child and the possibility of going without will choose going to work in order to make sure those bills are paid.”

Business owners wield an enormous amount of power over employees and can easily coerce workers to come to work sick, or leave their ailing child with a relative, neighbor, or even alone. According to Paid Sick Days Now!, nearly 1 in 6 workers report that they or a family member have been fired, disciplined, written up, or threatened with being fired for taking time off due to illness or to care for a sick relative.

The issue is not new. It has been tried in Connecticut, Denver, Milwaukee, Philadelphia, San Francisco, Seattle, and Washington, DC with varying degrees of unsuccess. In Denver, a ballot initiative that would have required employers to give workers one hour of paid sick leave for every 30 hours worked – up to 9 days for large businesses and 5 for small – was soundly defeated with help from the National Restaurant Association. Washington, DC’s version exempts restaurant workers. Philadelphia Mayor Michael Nutter vetoed the city council’s approval. In Seattle, the law has some byzantine exchange at work that still penalizes workers for taking sick days. Milwaukee residents overwhelmingly supported a referendum, but then Governor Scott Walker signed into law a bill taking away the citizen ability to decide if they want paid sick leave mandated by law.

For now, San Francisco and Connecticut have legislation in place codifying paid sick days. But legislation can be watered down or even overturned, and as labor history – including the current economic crisis – has too often shown, when legislation is torn apart, workers fall through the cracks.

The concept of earned sick leave seems to be a winner by most measures. Since the paid sick leave ordinance went into effect in San Francisco, the number of jobs, as well as new businesses both small and large, has grown, while in the five neighboring counties lacking a mandate for sick leave, there has been a decline.

Then why so much resistance? Control of workers is usually the culprit, and this seems to be the case again.“When I get sick my first fear is ‘What am I going to do?’ It’s not about my self-care,” said Nolan. “It’s about I’m gonna go to work because I’m afraid I’m going to lose my job if I call in sick.”

In the bigger picture, this makes little sense, and can easily result in a loss of cents. As the campaign’s slogan puts it, an illness to one is contagious to all. A restaurant worker with a cold can spread her virus to patrons who then pass it on to their workplaces (perhaps one of those Oregon private sector firms  in which 40% of workers lack paid sick days). When workers get sick in large numbers, to use the language of management, productivity suffers.

The campaign is not limiting its focus to the usual idea of compensated time off for illness that is confined to personal infirmity or the illness of a family member. According to a five point plan on its website, paid sick days includes “safe days” such as “when experiencing domestic abuse, sexual assault or stalking.”

“Survivors should not have to risk losing their jobs and financial security for themselves and their children while escaping abuse,”  Nolan said. “Paid safe days provide survivors the time and resources to recover, end the abuse, and improve their lives both personally and professionally.” Such events, while rarely considered in the paradigm of the bottom line, are catastrophic, and for the victims, far more weighty than a common cold. And while not formally acknowledged, they do affect a company’s bottom line. According to a survey cited on the Paid Sick Days Now! website, 96% of domestic abuse  survivors reported the abuse affected their ability to perform their job duties. In another survey, 56% reported being late to work because of interference from their batterers. The average number of paid work lost each year by rape victims is 8.1 days; for victims of physical assault 7.2 days; and for stalking 10.1 days.

Since business owners are not going to voluntarily offer sick leave, and legislation can be tampered with, Paid Sick Days Now! is focusing on a grassroots approach over a legislative one. The goal is to organize communities around the issue, without limiting focus to single or small shop organizing, or even legislative campaigns. “We need to make this a community campaign where the community makes sure we have healthy workplaces and stands up with workers when they demand paid sick days,” said Nolan.

“This campaign is going to move forward by building a worker-community partnership defending workers who are taking action and demanding their right to paid sick days. This is not something workers need to earn. It is something they are owed.”

Want to get involved? A meeting for workers who are interested in fighting for paid sick days at their jobs is scheduled for Monday, October 22nd. For more information visit http://www.paidsickdaysnow.org or call (971) 266-1891.