While the Affordable Care Act (ACA) has certainly been a boon for many people, particularly those who prior to its passage could not afford health insurance, it is still lacking in many areas. The most glaring of these is that it is not a single payer system, which is the standard in every other industrialized country, and as such, it still works to create profits for insurance companies rather than a healthier, more civilized, and more humane society. Some leading Democrats, including Senate Majority Leader Harry Reid, have stated that they wish to take the ACA further, and Reid has even mentioned that he views it as a path toward a single payer system.

The problems that have been most glaring with the ACA have occurred during its rollout. Republicans had a field day with the registration debacle–a notable disaster in Oregon–but the ACA has weathered that storm, enrolling more people than originally predicted, resulting in the lowest rate of uninsured adults since 2008. As well, the ACA will save the country much money–over $100 billion dollars according to one study by the General Accounting Office. And a new study in the Annals of Internal Medicine has found that the death rate in Massachusetts has fallen by about 3% since it passed a healthcare law upon which the ACA was modeled. Applied to the country, that is the equivalent of 17,000 less deaths per year.

So these are important gains, albeit ones that it would be fair to assume would be augmented through a single payer insurance plan that makes healthcare people-centered instead of profit-centered. And as Margaret Flowers has argued, these gains occur in the greater context of the ACA taking “a step farther on the path to total privatization of our healthcare system.” Whichever path the ACA is on–either toward or away from a single payer insurance system–in between now and the then that will require a vibrant social movement to solve this glaring social problem, there are cracks that need filling.

One organization helping fill those gaps is Portland’s Patient/Physician Cooperatives (PPC), which was founded in 2011 to provide people with direct access to basic health needs and encourage them to see doctors not just when they are sick, but on a regular schedule so as to help maintain their health. Not insurance, the PPC is a non-profit cooperative that exists solely for its members and boasts over 85 providers including allopaths, dentists, and opthamologists working with patients to improve their overall health. The co-op also offers acupuncturists, masseuses, and midwives among other forms of alternative medicine.

The PPC’s basic plan costs a one-time enrollment fee of $20 and a $30 per month membership fee. This basic membership includes access to the PPC’s provider network, Aetna’s dental and vision network. It also provides a discount drug prescription card and 24 hour customer service.

In addition to the basic services offered by and through the co-op, for an average of $39 a month, the second plan also offers copay free visits to primary care physicians. Tony McCormick, the PPC’s Director of Information, notes that “so many Portlanders want alternative care options” and that with its options, the PPC offers “a better integrative network than anywhere.” 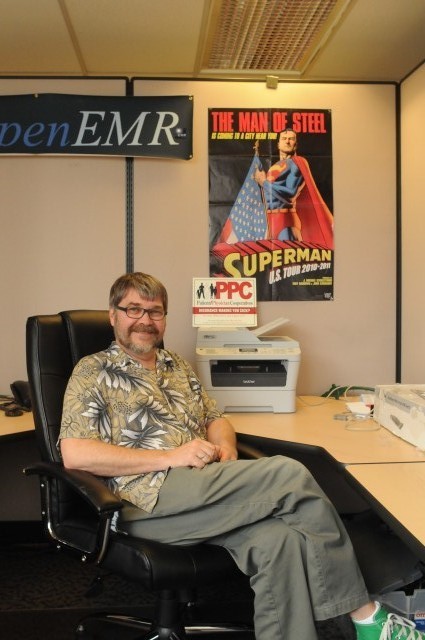 Tony McCormick, the PPC’s Director of Information, at first was worried about how the ACA would affect the PPC. “We went through a lot of introspection as to where we fit in,” he said. Eventually, a plan was created that would meet ACA standards, but would also fill in some of the blanks. “It’s a low grade bronze plan that makes the government happy and gets PPC to do primary care,” said Morgan Butler, the PPC’s Member Services Community Organizer.

“Take a bronze plan and wrap it with the PPC,” added McCormick, “and you end up with something more like a silver or gold plan.”

One thing the ACA is not likely to get rid of is the red tape endemic to insurance companies who are still making profit off people’s health–or more importantly, lack thereof–and a government bureaucracy that for the time being has wedded itself to those companies. However, with its focus solely on patients and the physicians they see, the PPC avoids much of it. “The best thing about primary care with the coop is the still super-rare option of having healthcare not affiliated with the government or insurance companies,” said Butler. “We are just here for healthcare. We have no other axe to grind.”

Comparing the PPC to Moda, which just spent a large chunk of money to put its name on the home of the Portland Trail Blazers, Butler said, “If we had that money, we’d put it back into the co-op.”

Also unlike dealing with an insurance company, Butler says the PPC has “the quietest member service line” largely due to the lack of unexpected bills and the absence of a corporate bureaucracy more focused on profit than people’s health. “The PPC is about getting you to a doctor when you want,” he said. “The only surprise will be how easy it is. We have zero third party anything. All money goes to the providers and the running of the co-op machinery that deals with daily operations.”

One major problem when talking about healthcare in the US is the interchangeable use of healthcare and insurance. Healthcare is about taking care of your health: staying fit, eating well, and seeing doctors and healers as needed, both for maintenance and dealing with illness. That is not done very well here, with the focus largely on seeing a doctor when sick.

Insurance is about paying for that healthcare, and the health insurance industry is by its very existence inefficient. It produces nothing of value, serving only to make money as it doles it out to physicians and other providers. It is a waste in every sense, and it is the substrate of the statement that the US has the best healthcare in the world…if you can afford it.

Cooperatives, as is probably most obvious in Portland in the realm of grocery stores, offer an alternative to the profits above all else economic model, and as such often provide goods and services more cheaply than even the friendliest places in town. Despite the ACA, the profit motive has not been removed from the health insurance industry, and until the US reaches a single payer system–one which uses tax dollars to fund it and does not rely on a meaningless middleman–health insurance will continue being too costly, and people will still not see doctors to maintain good health, but largely to deal with sickness.

The PCP offers an alternative model. It is not insurance, and it is member owned. What you see is what you get, and members–many of whom still find the new insurance system in many ways the same as the old insurance system–determine what they get

“We represent the option to have options,” says Butler.

For more information on the Portland Patient/Physician Cooperative, go to: http://pdx.patientphysiciancoop.com