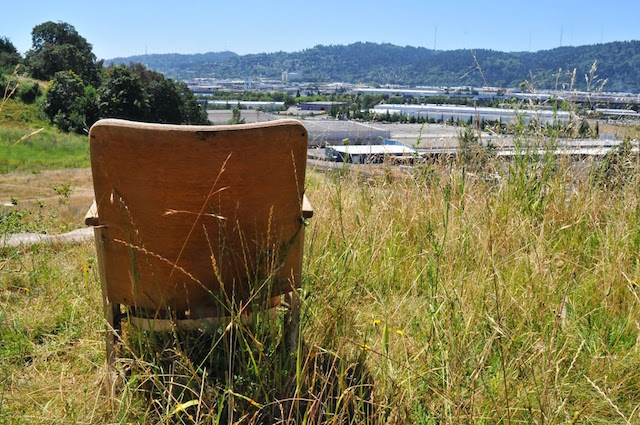 Let us sing songs of remembrance

Not the ones in the great books

But the ones of the great stories

The stories we tell

The stories we write

The stories we create and re-create

My Friend Greg does not have long to live. He has lymphoma that despite many rounds of chemotherapy, refuses to leave. It was asked gently and then not so gently, having overstayed its welcome the moment it snuck through the door.

No. That’s not so at all. It was told to get out as soon as it was found out, an exclusive example, in my experience, of Greg being inhospitable. It just didn’t listen.

Which is funny in an odd way. Greg once told me it was impossible to find a photo of him without his mouth open. That mouth, he said, would either be taking in food or talking up a storm. That storm was often putting out Wisdom of some sort. It still is. Listening pays rewards.

Greg embraced life—he still embraces life—with all its contradictions, foibles, blues, oranges, yellows, reds, white and black, and maybe most importantly, all those gray areas. He just as easily talked–talks–about injustice as he does seeing Sandy Koufax’s perfect game against the Cubs on September 9, 1965. My grandma, from Brooklyn, would have seethed. Maybe not. Koufax was–is–from Brooklyn.

As I might have in earlier days when he talked up the Los Angeles Lakers. I grew up a Celtics fan. Larry Bird handed Magic Johnson his ass in 1984. Did the NBA have any finals in 1985 and 1987? I guess not, because I don’t remember them.

Greg loves sports, and I like them too. Some in the activist world do not care for sports, and fair enough. But we like them, and we like talking about them. Seeing a perfect game is a rare thing, a form of performance art taken to a brilliant level. Koufax also had 3 no-hitters in his career, if my memory serves me well.

And many years later, I realize how lucky I was to have seen a player as gifted as Magic Johnson as well as those who played with him—James Worthy, Bob McAdoo, Norm Nixon, Michael Cooper, and the great player and even greater person, Kareem. If I need write his last name, you can look it up.

And we like music. Too much there to consider at this hour. Maybe any hour. Particularly one when playing music loud would not only wake up my wife, but if at the normal levels around here, half the block. And if you are going to consider music, it should be considered loudly, with feeling.

I can’t tell you how it goes

I won’t tell you how it goes

That’s up to you

That’s up to us

Years back, one of my friends asked me if I had ever met Greg. Up to that point I had not. She described him in many ways—friendly, gregarious, kind—that all proved true, yet understated. She also said how important Solidarity was to him.

That Solidarity only knew–knows–the bounds of time, it seems. Greg has worked tirelessly with—and I emphasize that word “with”–Right 2 Dream Too, Jobs With Justice, the Martin Luther King, Jr. Day Laborer Center, other immigrants rights groups, the 15 NOW fight to raise the minimum wage, and probably a whole other host of groups I am missing. He was as soon at a large rally dispensing information, as in the courtroom for Ibrahim Mubarak’s trial for trespassing, explaining the intricacies of a trial.

Quite a few years back, he, along with Friends Aeryca and Deborah, was in my kitchen helping make lasagnas for some fundraiser. I remember very little of that. But what I do remember involves smiles and laughter with three people who were and are…Pleasant. Yes, that is a very good word in these early morning hours.

Greg was–is–someone who combines the qualities of a great drinking buddy and one of the so many never mentioned in history books who was always there working to make sure those books are less grim than they might otherwise be.

Listen to the waves beat against the shore

Listen to the trains pass by in the night

Peep in on this.

On July 4, 1976 I was six years old and seated on my dad’s shoulders watching boats go by. We were on the promenade in some park abutting the Belt Parkway in Brooklyn, New York, just to the east of the Verrazano Narrows Bridge, the gateway to New York Harbor. Those boats, from various other countries, were helping celebrate the bicentennial of the United States. It was exciting, and even if my view of this country is jaded, that memory is nice just for being on my dad’s shoulders, near where both he and my mom were born.

That place invokes excitement. There used to be a sign there, featured in the opening of Welcome Back, Kotter, proclaiming Brooklyn the “4th largest city in America.” Beyond it, you could see the old, dilapidated parachute jump rising high above Coney Island. On a nice summer day–and surely they were once always nice summer days–we might get a hot dog and a draft Hires root beer at Nathan’s and nearly work up the courage to get on the Cyclone.

We passed it every time we visited my grandparents who lived at 2334 Utica Avenue.

In a coincidence that only a small world can provide, on that July 4th, as I sat atop Mount Dad, Greg was nearby. He told me not so long ago that he had traveled across the country that summer and ended up, if my memory serves me well, west of where I was perched, maybe on the New Jersey side of things.

A story that never existed became one 30 years after it happened.

A series of gorgeous disappointments

Is that all we ever get?

So much debris covers our footprints

The detritus of so many regrets

The last time I was with Greg–before he got sick–he gave me a ride home from downtown. We were at some action, perhaps working to make sure Immigration and Customs Enforcement would not make Francisco Aguirre and his family suffer any more in its attempts to deport him. Yes, I think that was it. Both of us, bad knees and all, shambled into his car along with Curtis, Greg’s daughter’s pug, and Sammy Sue, Greg’s ex’s dog. Along the way we stopped at Alberta Park to let Curtis and Sammy Sue run about. It was cold.

Some young man whom Greg had seen often before with his dog came up and made conversation with him. As I often do because I am not very good at talking with people, I moved off to the side. I played fetch with Curtis, and, as I often do, took in the scene.

Which was a very typical one if you know Greg. Friendly as ever, he asked the man how he was, and after the pleasantries—which with Greg were always Pleasant (it remains a very good word), even if the circumstances surrounding those pleasantries were anything but Pleasant—when the man asked Greg what he had been up to, Greg explained the goings on with Francisco, nudging the man toward a point where he might realize that his well-being was directly linked to Francisco’s—and all those persecuted simply for trying to make do under an unjust system—well-being.

The nudge didn’t work, this time. And that I think is the nut to knowing Greg. There was always a next time. This wasn’t done with unbridled optimism replete with backlit unicorns cresting a rainbow bridge. It simply was a Great Fact, one he brought to bear to all situations.

And now Greg is being given a nudge off an edge that has too soon become very worn, torn and frayed. The next times are becoming fewer.

Promise me you’ll hold my hand

When the winds start blowing in

When they push me back

And are ready to blow me away

Lou Reed once said, “There’s a bit of magic in everything, and then some loss to even things out.”

For now, the loss side of the scale is tilting heavily downward, and far more so for many more than myself. It is the magic that will even things out as I eventually get to that point when I can rejoice in having had the privilege to have shared in a life so well-lived, as I do, however quietly, regarding so many people.

If I open myself to honesty–always a little easier at these early hours when it is quiet and the world is not yet lying–that scale is tilting the other way. There is still time, and while there is still time, there are always Possibilities.

We scratch, we claw, we struggle, we climb

Love is all we have to battle time

It will be odd when, in a few hours, I am marching in Portland’s streets in solidarity with all sorts of wondrous and wonderful people fighting for a better, more just world, knowing Greg is at home. It will, however, be completely normal, and I hope uplifting, knowing he is there in spirit. That will always be so.

That will always be Pleasant.

We live. We die. But that magic lives on.

We all wear masks–we’re all masters of disguise

To hide away life’s lonesome pains

The lightning left the bottle long ago

But left behind is this warm and gentle rain

I have seen magic, a magic both mundane and beyond compare. Let me tell you about it, as the sun just starts to harvest this night.

I was visiting Greg a few hours ago. The cancer is in his bones, particularly in his spine, which causes him great pain. He does not like taking oxycodone, perhaps because the stuff, while relieving pain, makes you groggy.

As he leaned forward in his chair in an effort to relieve some of that pain, his ex, Barbara, an angel who has been at his side as needed, came over and began massaging the area. Greg said, “I’m sorry.”

What those words meant; to what they referred—the dashed hopes and aspirations, the abandoned joys, the smiles and tears lost to time and circumstance; all that might have been—only they know.

“You have nothing to be sorry for.”

Considering the clarity of love between them, those words reflect a sincerity worth striving for. They reflect a reality that is sometimes so hard to see through the haze; that we are not defined by our fumbles, but by our recoveries, and maybe more so, by what we have done to help others get back up when all they felt they could do was lie down.

Drawn from a seemingly bottomless well, they were a permutation of those most wonderful of words, spoken and unspoken in so many ways: I love you, and I will always love you.

It was as beautiful a thing as I have ever seen.