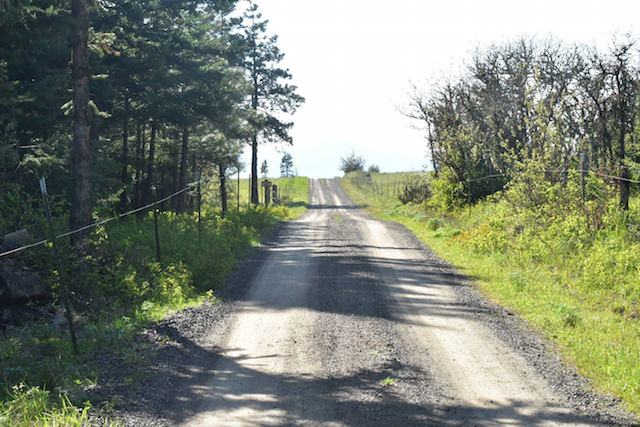 Even though you didn’t stay, it was all worthwhile.”

This month Portland is losing two very fine activists in Alyssa Pagan and Walidah Imarisha. They will be deeply missed, but this city is all the better for the time we have been lucky to have them here.

Alyssa, who has already returned to her native New Jersey, has been fighting to raise the minimum wage, solve the renters’ crisis, stop police terrorism–particularly against people of color–and expand awareness of the issues facing people who are transgender.

I first met Alyssa at a 15 Now action, but the moment that comes to mind when I think of her is a vigil in remembrance of transgender women of color who were victims and survivors of violence, held on August 20, 2015. It was one of the most moving events I have ever witnessed, with the names of the 18 murdered transgender women shouted into the Portland night from Pioneer Square. After each name was called, a eulogy was offered, telling a life story. Dehumanized in life–and sometimes in death due to improper descriptions of who they were–the vigil affirmed their humanity. The crowd of over 300 people bore witness, offered support and love, and wondered if others in the crowd would meet a similar fate.

Alyssa, who often described herself as a “badass Black, Puerto Rican trans woman,” said she never felt safe in her life. It is a feeling I cannot understand, and frankly, one I hope never to know. But if I did, I would feel very lucky–and perhaps a bit secure–knowing Alyssa was with me. At a party before she left Portland, numerous people talked about how she was always there for them on a personal level. The deep level of love and affection they had for her was tangible.

Like Alyssa, I am from New Jersey. In fact, she was born not far from where I grew up, and she recently posted a photo of herself and two Friends in Red Bank, a town with which I am familiar. Prior to that, she had attended the anniversary of Eric Garner’s choking murder by New York City police, and since that Red Bank photo, she has been in Philadelphia, protesting at the Democratic National Convention. I am comforted to know she is part of those actions.

Walidah Imarisha will soon be heading south to Stanford University where she will teach writing.  She is a great writer in several genres, and her students will benefit immensely from her skill, enthusiasm, and wisdom. Her recent book Angels with Dirty Faces is at once informative, harrowing, and beautiful. Her poetry, some of which can be found in her Scars/Stars, is compact and powerful. Her leaving bothers me because she has become my Friend, and I will miss her.

I first saw Walidah about 4 years ago when she was performing some of her poetry at an art show for the Portland Central America Solidarity Committee. On that occasion I took a few reasonably satisfying photos of her. She has occasionally used one of those photos to promote her Why Aren’t There More Black People in Oregon? presentation, and I always get a charge from feeling I was useful to her in some small way. Her program on the history of black people in Oregon covers the past, present, and future, and she has traveled all over the state to give it, sometimes in the face of white supremacists who in the end provide proof of the story she tells. 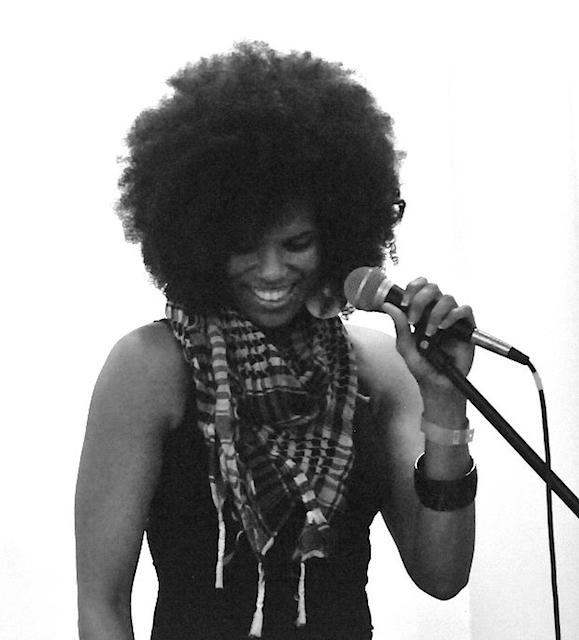 Walidah often led the monthly vigil for Keaton Otis, the young Black man murdered by the Portland Police on May 12, 2010. Fred Bryant, Otis’s father, also attended those vigils until his death, and since then the vigil remembers him and all victims of police violence. The vigil, held on the 12th of each month at NE 6th and Halsey, will continue in Walidah’s absence.

“Future” is one of Walidah’s most persistent subjects. She writes science fiction, and she says we must dream the future we want. The abolition of chattel slavery in the antebellum United States is a case in point. Once just a pipe dream, when it was embraced by enough people, what was once fiction became reality.

For the past few years she has lived near me. I bake bread, and my better 99% often insisted I take a loaf to Walidah because she put up with me. Fair enough. Doing so was one of the many great pleasures of my life, and I will always appreciate that despite my nervous mumbling and gyrating, she always managed to look like she was happy to see me.

In the Lord of the Rings, Gandalf admonishes the crying Sam Gamgee, Merry, and Pippin, “I will not say: do not weep; for not all tears are an evil.”

Maybe so. But they still hurt.

Best of luck in all you do, Alyssa and Walidah. Live long and prosper.

And know the door is always open.

2 comments for “A Warm Farewell”