Every conversation in a perfect end

Would finish with the touch of two lips

Time is perfect, and it never slips away

Seven April 18s ago I was in Seattle when, after a cascade of phone messages left on a cell phone that I barely knew how to use, I got a play-by-play analysis of my mom’s dying, as her strong-willed body gave up its comatose fight. I was, to crib Saul Bellow, sent flying through a plate glass window. Jessica, my better 99%, drove us back to Portland, and the next day Friend Doug took us to the airport. We flew to New Jersey. My brother picked us up, and we went to what had become my dad’s house. It had been my folks’ house, having been our house, although always, inclusive for anyone who ever crossed its threshold, Our Home.

We made the usual arrangements, which I guess is the nice way of saying we did all the things one does when struggling through the fog of grief trying to make sure the corpse is handled with a certain dignity and the life is remembered in the traditional ways. We called the funeral home, made a time with the Holy Joe at St. Thomas More Catholic Church, and did whatever else it is Irish Catholic families do at such hazy times.

The night before the funeral Jessica asked me if it would be okay to bring an orange to my mom’s grave, to share it with us, and to leave some for my mom. I’m usually game for something new, so why not? 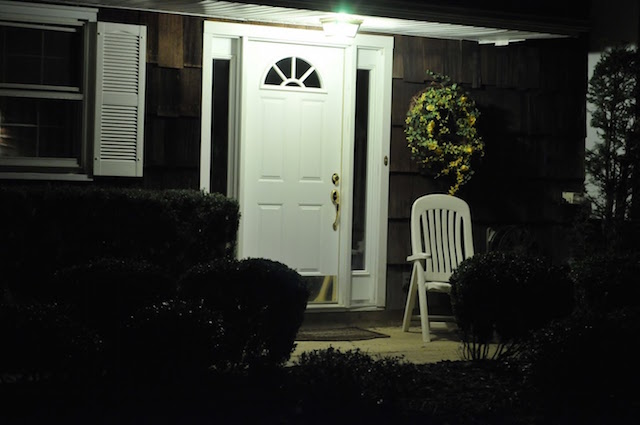 Jessica comes from a Chinese background, and in her family, one remembers the dead with food, and when her grandmother died, oranges were left for her, with her. It is their tradition; it is her tradition. And like many traditions, it is based on sharing and comforting–a generosity that highlights what we have in common through beautiful difference. I had never considered eating an orange at a funeral or leaving one behind for the dead. It is a wonderful idea, and one I have taken up because one tradition my mother handed down to me was that there is nothing more friendly and communal than breaking bread with others.

Jessica never considered sitting around, swilling drink, and heartily laughing at a wake or a funeral. The corpse in the corner? When I mentioned it, her face looked like she had just swallowed cod liver oil. She is much happier with sharing oranges, and frankly, at least as it regards the corpse, so am I. Oranges and beer: Breakfast of Champions.

During the recent battles over immigration that have flared up over the past 12 or so years, and which under Donald Trump have been further ratcheted up, one common theme has been how immigrants dilute our culture. White supremacy undergirds the USA and stands at the base of our governing institutions. Every so often its proponents feel emboldened to make that blatantly obvious. We are seeing a white supremacist movement taking its lead from a Republican president who throughout his campaign became a beacon for white supremacists.

These fights over immigration are not about all immigrants. My mom’s grandparents, transplants from the old sod, are not the immigrants that are today sensationalized and vilified in the corporate media and in much of our political culture. When my ancestors came to this country from Ireland, they were called various slurs, told they need not apply for jobs, and stereotyped as stupid drunks who would destroy the country’s moral fiber. They were “the n—–s of Europe.” Only after a time were they defined as “white” and considered–even if only nominally–a part of the whole.

If Jessica’s forebears had come here in the 1800s, they would have faced vicious racism that sometimes resulted in murder, and the institutional racism of the Chinese Exclusion Act. These things happen when those with power deem you a peril, yellow or otherwise.

People who do not come from a particular European background and thus may not revere the canonical artists, philosophers, theologians, writers, and all others who are considered to be the pillars of civilization, may bring different ideas, and from those ideas may come a reconsideration of how we see the world, its people, and our relationship to both. This country is at best a mingling of cultures that creates something better, but every so often white supremacists feel emboldened to declare publicly their belief that some of us are unsavory, even foul, always with the backing of the state, tacit or loudly.

Africans who came here after being kidnapped into slavery were not immigrants, but they gave us Jazz. My cultural antecedents gave us St. Patrick’s Day. Jessica’s forebears gave me some of my closest friends, and the immigrants now under fire have given us their food, their arts, their stories, and most importantly, them. We are a better society for it all. My life would be all the less without Jazz, much less blues, rock, country, samba, tango, polka and all other styles of music. You can throw in your own heroes, influences, and loves: the list is long and always lengthening because the artists and their art, the academics and their scholarship, the cooks and their food, the choreographers and their dances, and most importantly, the people and their lives, enrich us all. They bring us to places that we otherwise might not get to. Their variety is the spice of all our lives. It is the greatness and beauty of them and their cultures that truly makes our country and culture great, often standing defiantly against the country’s institutions that for so long have insured that white supremacy remains the true law of the land.

About 13 months after my mom passed, I returned to New Jersey. Those late May days, only a few removed from my brother’s and my birthdays, brought many visceral memories, most of them gentle and kind, even as they echoed across a space too soon partially hollowed. Over the years, I have, with the support of family and Friends who have become family, swept up much of the glass, and the sharp edges of those shards that remain have nearly all been made smooth by time.

So in May 2011, a bit over a year since my mom died, my dad, brother, and I hit a bar and told some stories, and playing our cards right we got dad to pay for the beer. However, it proved fruitless trying to convince him to purchase a mannequin and set it up in the corner.

We also visited my mom’s grave. I said hello and gave a knock on the stone, because that is something I have always done. And after savoring the juices of an orange, really smiling for the first time in what seemed so long, I laid a fifth of it on my mother’s headstone, a close reminder down through the years and miles that pain recedes, scars heal, and Love endures.