A letter from Ireland 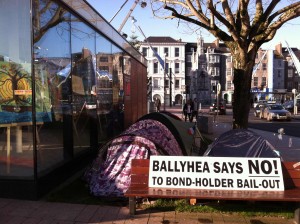 Portland is a city I have learned to love and call home, but I have been following the movement for the last month from Ireland. Shortly after I heard of Occupy Portland setting up, I noticed a collection of Occupy Encampments over here: Cork, Galway, and Dublin just to name a few, 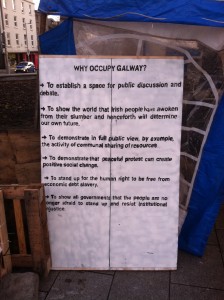 and there are encampments in Belgium, Spain, Canada, and the UK as well. The mainstream media usually gets Occupy wrong, and one of their common mistakes is to call Occupy a National protest, when the fact is, this movement is global.

I wrote to public officials in Portland as soon as I read the eviction notice. I may be in Ireland for the time being, but I am paying close attention and hoping to return and help out in any way possible because I believe this Movement is not going to end or give up any time soon. The N17 was my greatest birthday present! I heard back from Commissioner Fritz and Commissioner Fish, and I watched footage of the eviction by the police and read numerous news articles.

There’s an image in my mind, of how we could make our protests more threatening and more powerful, more peaceful. I’d like to see us try silence. I’d like to be part of a movement that is accompanied and strengthened by silence. Our voices are being silenced, so I say, let our silence be heard. Try a silent protest. Let it deafen them. Silence can carry. Silence is a presence that cannot be ignored. Those opposing a silent protest will only be a loud, reckless clamor of noise and aggression.

Our peaceful protests often turn into loud shouting and aggressive energies being thrown at the threat of authority. It seems to me, from over here, that most of the unjust actions of the police during the evictions and the N17, as well as the many other acts being carried out by the movement are being fueled by the noise of anguished protesters, screaming and sometimes cursing at the cops. Silence and peace go hand and hand.  I picture hundreds of protesters gathering silently, demanding attention and recognition with dignity. 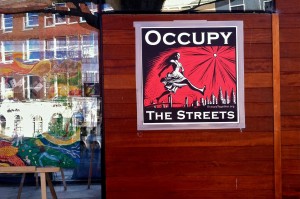 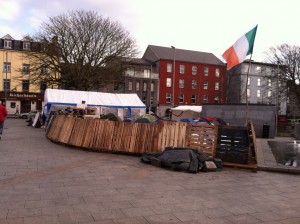 That’s just a thought. If I get the chance to become a part of the movement once I return to Portland, I’ll bring this up again. Meanwhile, stay strong! Live well! I send you my energies every day!

7 comments for “Let Our Silence Be Heard”