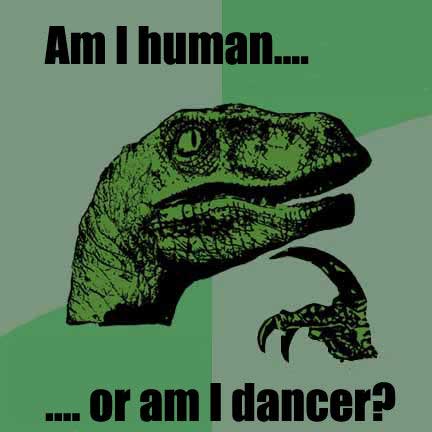 This story was originally published on The Symbiosis Project.

Hi, I’m Sam from Occupy Tomorrow. I want to talk about something very interesting is happening in our culture right now. There are essentially two forms of culture we interact with every day: Read only culture, and Read/Write culture. Read only culture is the dominant, mainstream culture. It is meant to be received, not changed. When you watch a TV show, it doesn’t ask for your opinion. It’s made to be consumed. Read/Write culture, on the other hand, is the culture of small groups. It’s inside jokes and family traditions. It’s participatory by its very nature, every person who interacts with it helps to create it.

What’s happening right now, is that with the rise of the internet and social media, we are transitioning from being a predominantly read-only society, to a predominantly read/write society. For the first time in history, normal people, not just governments and corporations, are able to reach out to others across the world, and begin to co-create a more participatory culture for themselves.

Let me give you an example of this. I make t-shirts for a living. In 2008, I was in my friend’s living room in Cedar Mill, and I was bored and working on a new t-shirt design in photoshop. It looked like this.

(If you don’t know about this, a few years ago we designed a t-shirt that went viral online. More info about that here.)

Raise your hand if you’ve seen this image before. The reason you’ve seen it, is that about 6 months after we put it online, someone, somewhere had the idea to share the image with text over it. Why didn’t it go viral when we put it online? Because it was read only. We had designed it be looked at, not interacted with. But the second someone put text over it, it became interactive. It became a creative challenge. “Here’s a velociraptor thinking. What’s he thinking about?”

Now if you search google, you get over 8 million variants. Are all of them hilarious? No. But a few of them are. The vast majority of them are kind of funny. And a few of them, in my opinion, are really not funny. There are a few that are extremely violent, racist, and offensive.

But that’s also the beauty of a meme, isn’t it? Anyone is free to write whatever they want. There’s no philosoraptor planning committee. There’s no approval process, no voting or debating. You just make one, and share it. They key is that if it’s funny, or insightful, or interesting, it will spread. To create your own version of a meme is to take part in an ongoing process of creative evolution.

It’s really important to look at Occupy like a meme, a read/write phenomenon, and not like an election campaign, a read only phenomenon. It’s choatic. It’s doesn’t have focused goals. It’s not about rallying around a single cause. But that’s because it’s about evolution. It’s about trying out a million different things all at once, and trusting that the things that are effective, productive, and even fun, will float to the top because people will want to share them. But to get there, you need a bunch of ideas that are just OK, and even a few that are really bad.

If you’re used to a read-only world, when you look at occupy you will only see the chaos, only the smashed windows and pepper spray, even though these incidents represent an infinitesimal part of what’s actually happening in occupy. They’re like the stupid memes that no one wants to share, but the media shares them anyway. What’s really happening here is a transition in our culture. The read/write culture, historically confined to small social groups, is now spreading across the internet because of social media, creating a mainstream participatory culture that cannot co-exist with read-only structures.

So Occupy Tomorrow is just our little way of participating in this process. We don’t have any special qualifications. I make dinosaur t-shirts for a living. We’re just a group of friends that decided that this was something important to us. So we started meeting our neighbors, inviting them over for dinner to discuss occupy and how we can make our neighborhood a better place. We found speakers and matched them with communities who wanted to learn.

Now we’re taking that idea a step further. Our current project is called seeds of change, and it’s a collaborative community art project. We’re making paper with flower seeds mixed into the pulp, and using it to make fancy invitations to invite our neighbors to join us for dinner on the first day of summer, to discuss our needs, wants, and hopes for the future so we can work towards them collaboratively. If our neighbors like what we’re doing, they can plant their invitation, and it will literally turn into flowers. When we sit down to dinner on June 21st, we will be surrounded by the flowers that each of us has planted. It will remind us the power we have to make our lives and our communities more beautiful when we work together.

This might not sound like the Occupy you’ve heard about, but this is what’s so exciting about this movement. It’s not one way. It’s not about supporting a political ideology. It’s about asking yourself what you want, what you have to give, then doing it and sharing it.

How many of you are going to be able to vote in the next election? Not many of you, right? It’s frustrating, isn’t it? To feel like you don’t have a voice?

That’s what Read-only culture feels like. And I’m here to tell you that we are the internet generation, and we are building a new culture. We have the power to share our actions with people around the world. We don’t need to wait for others to make change on our behalf. And we don’t need to ask for permission. All we need to do is all we can do, do what makes us and others happy, do what we’re good at, and share it. Because good ideas spread, and in the age of the internet, that is the power every single one of us has to change the world.