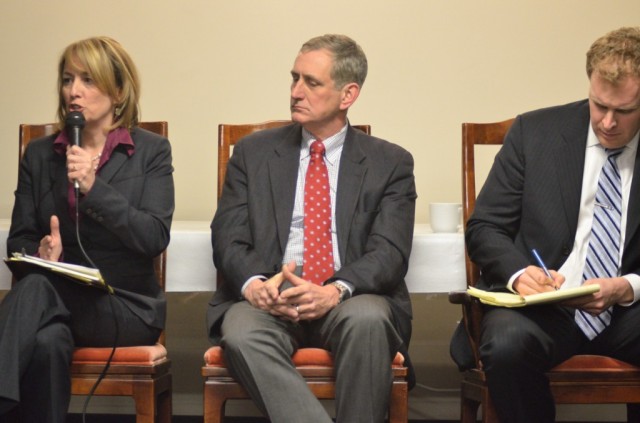 Speaking about Occupy Portland, City Council Position 4 candidate Jeri Williams, who is Native American, said, “If that was my people down there, we’d be getting our heads bashed in.”

Mayoral candidates Eileen Brady and Charlie Hales reiterated they would have cleared Chapman and Lownsdale Squares of the Occupy Portland encampment sooner, while Jefferson Smith would not have.

Promise King, executive director of the Oregon League of Minority Voters, asked which mayoral candidates have people of color working for a salary on their campaign? Only Jefferson Smith answered yes.

The Oregon primary is May 15. If any one candidate for a position receives more than 50 percent of the vote, they are elected. Otherwise, the top two vote earners will face off in the November election. 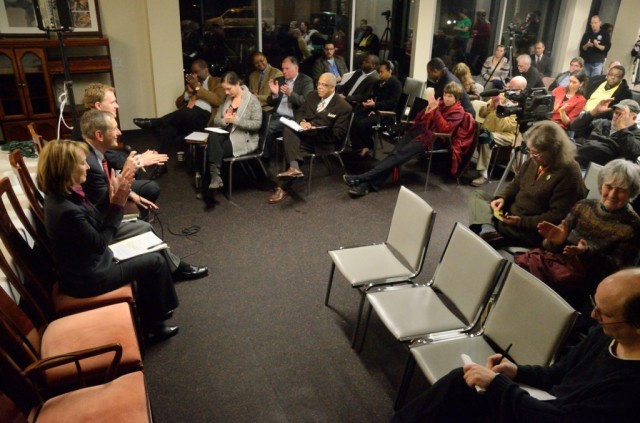