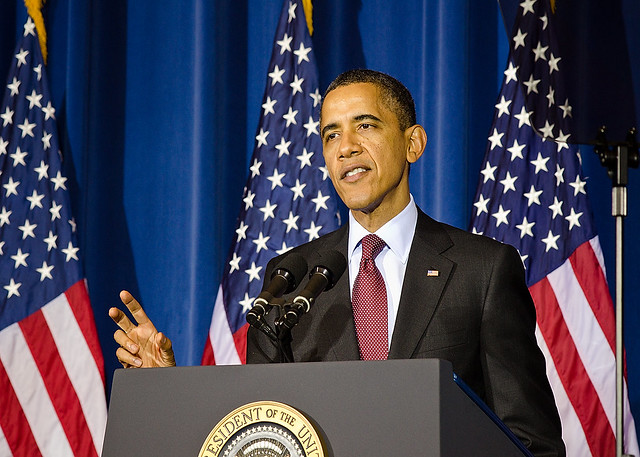 This story is from the Occupied Media news wire. It was originally published over at the Occupied Chicago Tribune.

In what WBEZ describes as “a move that surprised City Hall and organizers,” the White House has announced that the G8 summit scheduled to take place in Chicago will now be held at Camp David in Maryland on May 18-19. The NATO summit will still be held in the city on May 20-21. No reason has been given for the move other than President Obama’s desire “to facilitate a free-flowing discussion.”

The fact that the announcement was made by the White House and that, reportedly, “Emanuel’s administration and the Chicago host committee… just found out about the change Monday” will no doubt cause speculation as to how and why the decision was made. For now, the Mayor’s office has only released a brief statement that says: “We wish President Obama and the other leaders well at the G8 meeting at Camp David and look forward to hosting the NATO Summit in Chicago.”

While Occupy Chicago’s plans for May may require some fine-tuning, which will be the subject oftonight’s General Assembly and no doubt many more discussions to come, in the meantime the group has been quick to claim the relocation as a victory. A “#GTFO G8 Victory Party” will be held after GA in Daley Plaza, and Occupy Chicago has released the following joint statement with the Coalition Against NATO/G8 War & Poverty Agenda (CANG8):

The G8 moving to Camp David represents a major victory for the people of Chicago. The leaders of the 1% are moving because of the overwhelming resistance to the NATO/G8 war and poverty agenda in Chicago. Our city is filled with tens of thousands of people who are struggling to keep their heads above water, fighting against the effects of the economic crisis caused by the leaders who would have been gathering here.  The communities of Chicago are fighting to save their schools, keep healthcare available, and to defend their jobs from cutbacks that are a hallmark of the governments of the G8.The city has carried out a campaign to intimidate and vilify protesters, claiming that protests lead to violence. In fact, the main source of violence in the world today is the wars being waged by NATO and the US.

We will march on May 19 to deliver our message: Jobs, Housing, Healthcare, Education, Our Pensions, the Environment:Not War! We and tens of thousands will be in the streets that day for a family friendly rally and march, with cries so loud they will be heard in Camp David and across the globe. We will be in the streets that day to fight for our future, and speak out against the wars and their cutbacks are designed to benefit the 1% at the expense of the 99% of the world.