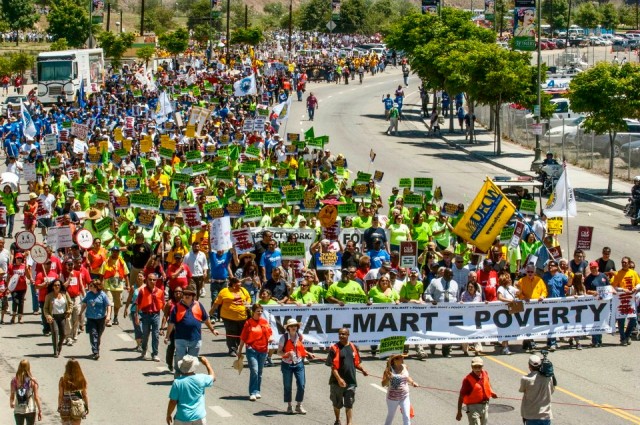 This week in Occupy, the Occupy National Gathering is under way in Philadelphia, Los Angeles rejects Wal-mart, hundreds marched on California’s capitol to demand a foreclosure moratorium and two Brazilian activists pay with their lives for speaking at the People’s Summit in Rio.

#The Occupy National Gathering is in full swing in Philadelphia until July 4, and themainstream media took notice. (It’s the turning point of the movement, dontcha know – just like May 1 was.) So far there’s been the predictable police kettling of peaceful protesters, and an unarmed man was hit in the throat with a baton. Check here for live updates. 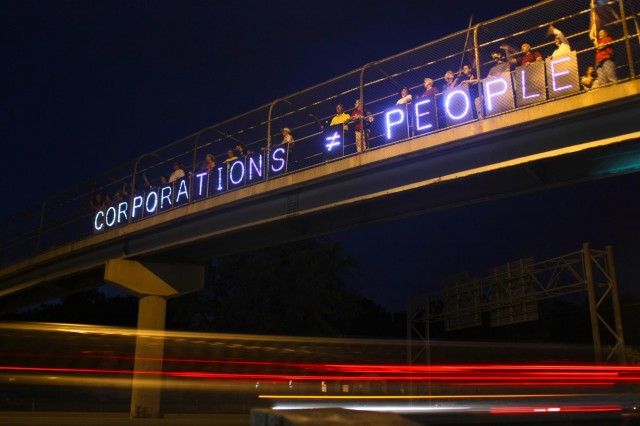 The Overpass Light Brigade beams its message to drivers in Madison, WI, on June 30.

#At least three of the dozens of people arrested defending the Cruz home in South Minneapolis from foreclosure are now being retroactively charged with third degree riot – a rather serious charge – in addition to obstructing legal process, disorderly conduct and presence at an unlawful assembly.

#Supreme Court Chief Justice John Roberts unexpectedly flipped his position and joined the majority indeclaring the Affordable Care Act constitutional by treating the individual mandate as a tax. Though a rollback of the provisions of the Act already in effect would have detrimental to millions, the resulting law is hardly Medicare-for-all and still treats health care as a consumer product as opposed to a right. Firedoglake separates myth from fact.

#Montana lost the power to enforce its 110-year-old ban on money in politics, thanks to a Supreme Court ruling.

#A demonstration in Chile staged by the Confederation of Chilean Students to protest educational profiteering and rising tuition drew 150,000 to Santiago.

#Two fishermen who openly discussed the impacts of oil, mining and steel projects on people and land at a June 19 People’s Summit meeting tied to Rio + 20 were found dead days later. The men were leaders of the Association of Sea Men, which was set up in 2009 to defend the rights of the fisher-folk working in Rio de Janeiro.

Demonstrators march on the California capitol to demand a moratorium on foreclosure. Photo by Rally For Homes.

#Clergy, homeowners, labor unions and Occupy groups from around California rallied at the State Capitol in Sacramento to call for Gov. Jerry Brown and lawmakers to halt all home foreclosures. Occupy Santa Barbara organized outside the Santa Barbara County Courthouse in solidarity.

#Twitter has been ordered to give a New York City judge almost three months’ worth of Occupy Wall Street protester Malcolm Harris’s tweets despite the social networking company’s efforts to fight prosecutors’ demand for the messages. But Manhattan Criminal Court Judge Matthew Sciarrino Jr. ruled that prosecutors would need a search warrant – not just a subpoena – to get the final day’s worth of tweets they seek from Harris. 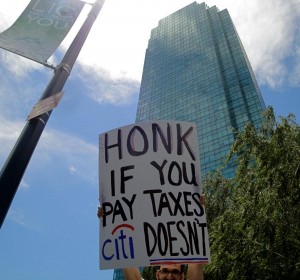 #Occupy Congressional candidate and Bum Rush the Vote co-founder George Martinez lost his bid to represent Brooklyn’s 7th district. “This was never about quick fixes, for there are no easy solutions to empowering marginalized communities,” he wrote in a letter to his supporters. “There is only hard work, dedication and innovation.”

#The annual Fourth of July parade in the upstate town of Potsdam, New York, will feature an Occupy Wall Street float.

#Occupy Carson City, Nevada, presented petitions signed by more than 1,000 voters asking officials to back a constitutional amendment that would bar big corporations and the rich from pumping unlimited money into political campaigns. 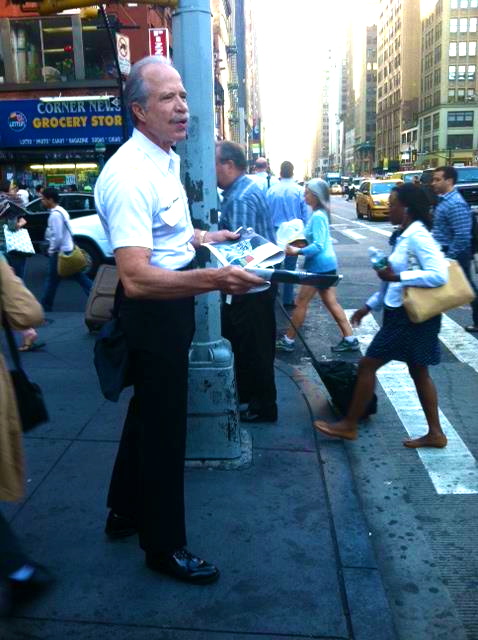 #Metroccupied is back with its second issue, which features retired Philadelphia police captain Ray Lewis on the front page.

#The Occupy Caravan arrived in Philadelphia after two weeks of cross-country travel to 50 cities.

#Occupy D.C. has a new website that maps data about campaign finance “bundling” using stats from the city’s Office of Campaign Finance. The occupation in the nation’s capital has also returned to McPherson Square after occupying office space, and this time they’re staying.

#Sponsors of the Boston Police Patrolmen’s Association are pulling out after social media backlash following statements made in the Association’s bimonthly newsletter that insulted Occupiers.

#The Department of Homeland Security has given the University of California-Berkeley a $200,000 grant to purchase an “armored response counterattack truck” for its campus police department, to the dismay of Occupiers in the area, who fear they will be targeted.

#Small police departments across America are collecting battlefield-grade arsenals thanks to a program that allows them to get their hands on military surplus equipment at virtually no cost.

#A judge has ordered that the names of police involved in the U.C. Davis pepper spraying fiasco last year must be released. And Oakland Mayor Jean Quan is being called out again, this time for misstating facts about city crime rates and locations. 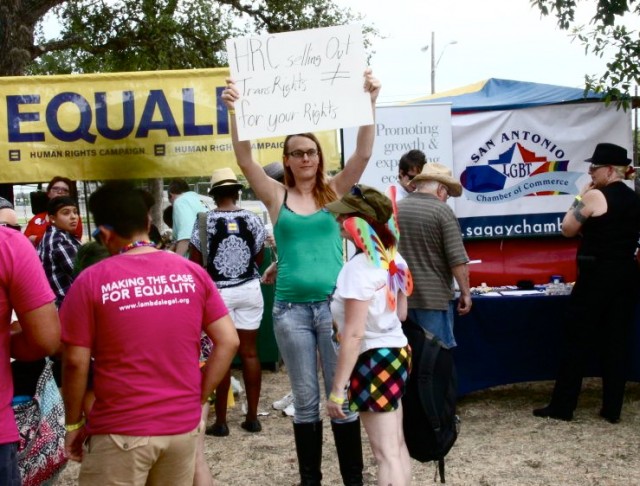 Meghan Owen, a Congressional candidate in Texas, stages a one-woman protest against the Human Rights Campaign for “consistently throwing Transpeople under the bus.”

#Counterpunch parses the future of Occupy Oakland, which is far from dead, thank you very much. In fact, the occupation has filed suit against the city of Oakland and Alameda County seeking a modest $10,000 in damages stemming from the January 28 kettling outside the YMCA.

#Six environmental activists were arrested at Oregon’s state capitol while protesting a plan they said would sharply increase clear-cut logging of old-growth timber in a state forest.

#Occupy Honolulu got raided on the basis of a law that prohibits people from disturbing trash left out for pickup.

#In foreclosure defense news, Occupy Detroit succeeds in keeping people in their homes. Occupy Our Homes ATL is helping Cobb County resident Steve Boudreaux obtain a mortgage modification from Wells Fargo after the bank prematurely pushed ahead with a foreclosure sale instead of waiting for Boudreaux’s paperwork to process. The co-founder of YES! Magazine discusses the burgeoning foreclosure defense movement. And in California, the Homeowner Bill of Rights is one step closer to becoming reality. 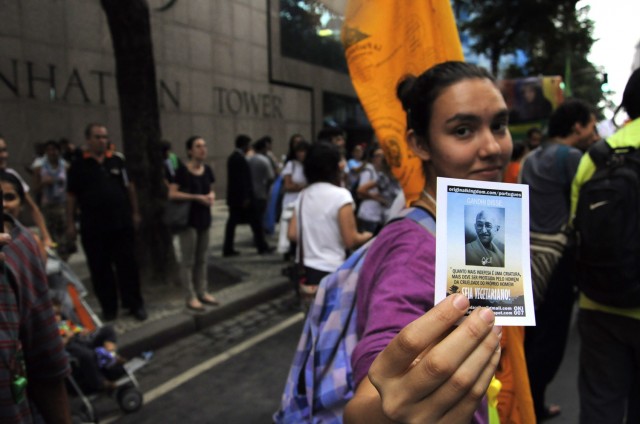 #Occupy Seattle is fighting incarceration, incineration and gentrification. Not necessarily in that order.

#Nearly 1,000 people took over the Ohio Statehouse to protest hydraulic fracturing. After rallying and marching to the Capitol building, hundreds poured in—without a permit—to hold a People’s Assembly to decide how they, the people, could end the practice in their state.

#Over 300 people participated in a march to the Lakeview School Sit-In on June 23. Here’s why they occupy. 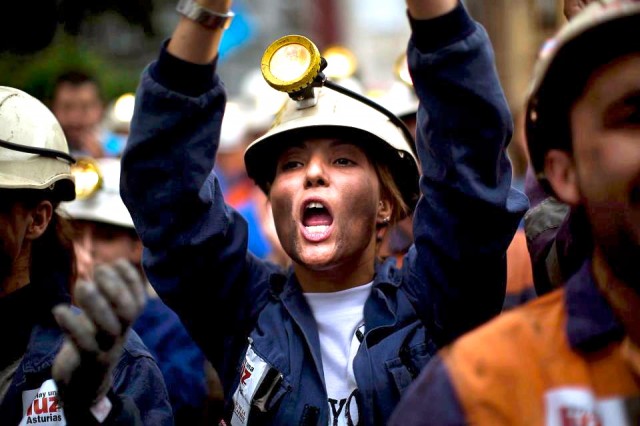 Shaila Hidalgo, a striking coal miner at a protest march in Langreo, near Oviedo, Spain. Photo by Learn and Fight.

#Activists report that 800 were killed in Syria this week. Some of the victims were entire families.

#U.S. assassination drone strikes have claimed the lives of at least 29 people in eastern Somalia.

#An interest rate rigging scandal at Barclays Bank that prompted its chairman to resign was the result of a coordinated attempt at collusion by traders working for a coterie of leading banks over at least five years.

#As Julian Assange takes refuge at the Ecuadorian parliament for a ninth day, his mother gave The People’s Record two intensive interviews refuting misconceptions about her son, pointing out that he has never been charged with a crime in any country.

#The HSBC Holdings Bank in Hong Kong has filed for eviction against Occupy Central, which is occupying the ground floor of their headquarters, but the protesters still aren’t leaving.

#Austerity protests are spreading in Sudan despite police repression.

Occupy Düsseldorf has a funeral for democracy on June 29.

#Police repression greeted a protest in Haiti decrying government plans to evict residents from homes precariously perched on the hills above the capital Port-au-Prince. “These decisions are always made against the most poor,” one protester said. “The rich have huge homes that aren’t affected. They want to chase us away, but where to?” 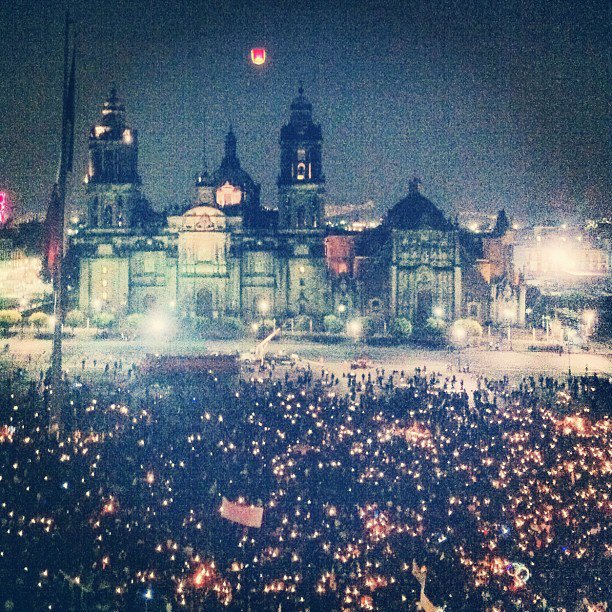 #The Senate said it’s reached a deal that will prevent interest rates on college loans from doubling for millions of students.

#Why is NATO expanding in the Caucasus region? The Centre for Research on Globalization has the answer, and it is perpetual war.

#Big corporations, small-time businesses, rogues and scoundrels have all claimed Delaware addresses in hopes of minimizing taxes, skirting regulations, plying friendly courts or, when needed, covering their tracks. Federal authorities worry that, in addition to the legitimate businesses flocking here, drug traffickers, embezzlers and money launderers are increasingly heading to Delaware, too. This shouldn’t surprise the Senator from MBNA, our current vice president, who made this domestic Grand Cayman possible.

#Inequality is back to World War II levels.

#Rolling Stone explored the declining middle class by profiling people living in their cars in Santa Barbara – people who not long ago had lives and jobs that the Great Recession eviscerated. 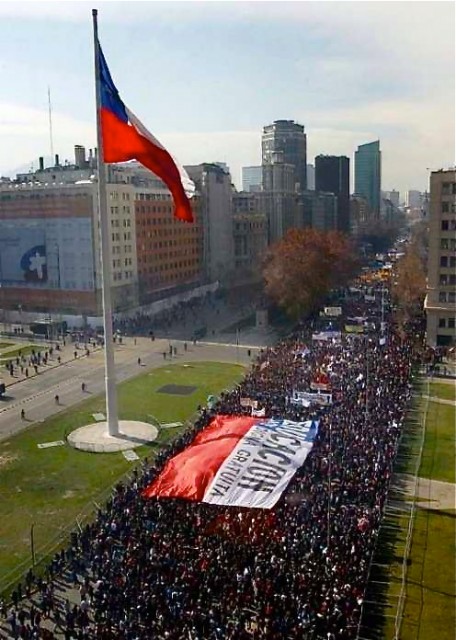 The Chilean student movement brings out an estimated 150,000 people in the name of education reform.

#Seattle Police attacked a queer street party on Pride weekend. One man pepper-sprayed by police was released without charges.

#28% of Americans have no emergency savings, though that number seems a bit low.

#A recent study says allowing workers paid sick leave could account for healthier families and more than one billion dollars in savings, but the American Legislative Exchange Council and Wisconsin Governor Scott Walker are fighting it.

#Scary thought: do the Koch brothers determine our energy dependence?

#With just $1,000 in parts, a group of researchers from the University of Texas at Austin Radionavigation Laboratory hacked a drone owned by the college while the Department of Homeland Security was forced to watch.

#Texas Republicans say schools should engage in corporal punishment and shouldn’t teach sex education or “higher order thinking skills.” Because it worked out just fine for them, right?

#In the future, Internet broadband may be metered.

#Tom Engelhardt welcomes the Class of 2012 into our corrupted, #occupied world. 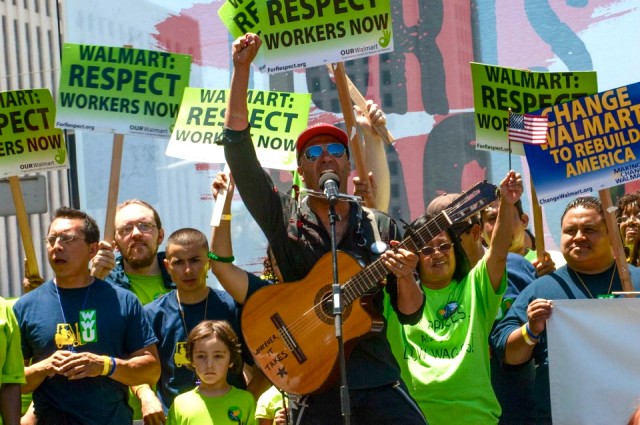 #The wildfires in the west, which include the most destructive wildfire in Colorado history, are fueled by climate change.

#For the past four years, San Onofre Nuclear Generating Station has had the highest number of safety complaints of any nuclear plant in the country. Yet workers there arenot protected by California’s whistle-blower laws – among the strongest in the nation – because San Onofre sits on federal land ceded to Southern California Edison back in the 1960s. Anti-nuclear activists have asked the Oceanside City Council to put nuclear safety on the agenda.

#JPMorgan Chase’s Ina Drew was awarded a $21.5 million severance after helping to lose $9 billion in a risky hedge. This is called “failing up.”

#Pfc. Breanna (Bradley) Manning ranked #9 on Newsweek/The Daily Beast’s power index of revolutionaries. Meanwhile, in a victory for Manning, a judge ordered military prosecutors to hand over key damage reports from the CIA, FBI, State Department and the Office of the National Counter Intelligence Executive, and perform to do an accounting of evidence discoverable to the defense.

#A vigil was held in Philadelphia on June 29 to mourn the lesbian couple shot by unknown assailants in Texas. One of the women died and the other is in critical condition. 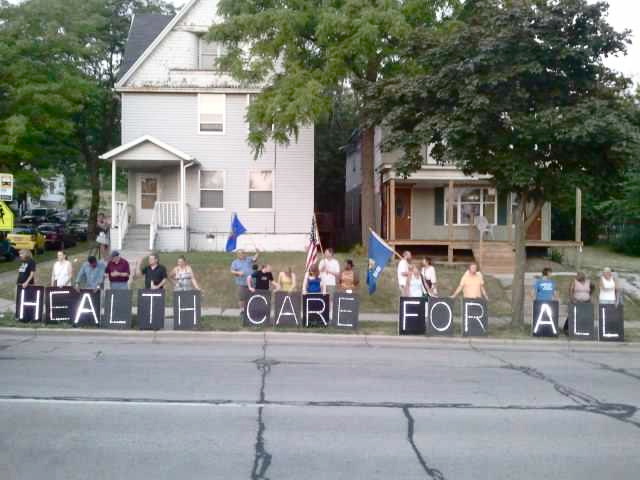 #On September 1, Funk the War wants you to take to the streets and dance in protest to the war in Afghanistan, drone strikes in Pakistan and the pending war with Iran.

#Members of Occupy Denton and Rising Tide North Texas will be travelingthroughout Texas and Oklahoma to speak about the dangers of the Keystone XL pipeline.

#And finally, the Onion weighs in on the uphill battle against a corporate-financed democracy.

Want to report news about your occupation or meetup? Email me at [email protected].

This week’s roundup was brought to you in conjunction with Occupy ALL the Updates, curated by citizen journalist SIUKittyPie, and Occupier and journalist Kelli Daley.