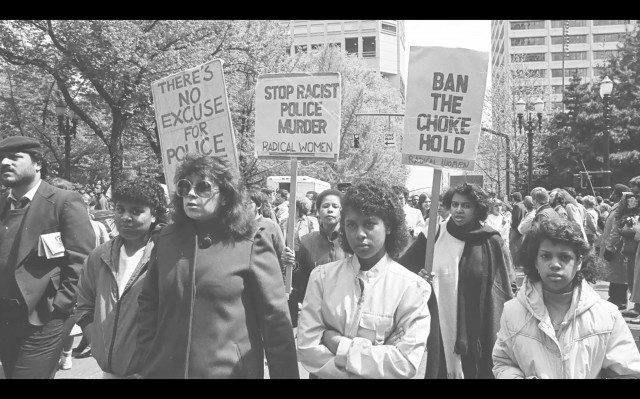 In 2013 local filmmakers and activists Jodi Darby, Julie Perini, and Erin Yanke produced Safe and Sound?, a short video to educate people about police violence, not as the product of a few rogue officers, but one that is inherent to the current system of policing. The film, which was shown last summer in Portland at Place Gallery, highlights the Portland Police Bureau’s (PPB) killings of Aaron Campbell, James Chasse, Kendra James, and Keaton Otis. It not only shows a clear pattern of police violence, but an equally disturbing lack of willingness of anyone in power to hold the PPB remotely responsible for its behavior.

An incredibly moving work, Safe and Sound? intersperses interviews with surviving family members with audio from police radio, commentary from local activists, and still photos by Ian Wallace. The film also features some survivors of less-than-lethal police violence who detail the beatings and sexual assault they experienced and that show not only a police force run amok, but one confident in the knowledge that it has carte blanche to act as it pleases.

Since Safe and Sound? was created, little has changed as far as the police go. There is the settlement agreement between the City and the Department of Justice about police violence toward people with mental health and perceived mental health issues, and as well, ostensibly toward people of color. But there is very little about the agreement that points toward structural change, never mind questioning the role of police in society that originated during the days of chattel slavery and continues to this day. Despite this, the City is still demanding changes that will hold the PPB even less accountable than the minuscule demands of the agreement.

Now, of course, no discussion of police violence can fail to mention Ferguson, Missouri police officer Darren Wilson’s killing of Michael Brown, and the grand jury’s decision not to indict him. That event has opened many people’s eyes to the reality of police violence and the lengths a police force will go to make sure its power remains unchecked. Furthermore, it has forced people to at least confront the idea that racism lies at the heart of police power and that no amount of reform can change that sordid foundation. And with that confrontation comes questions, particularly what people can do to stand up to police violence and create alternatives not founded on racism and violence.

To that end, Darby, Perini, and Yanke have tweaked their film, turning it into a full-length feature. Arresting Power: Resisting Police Violence in Portland, Oregon will run at the Northwest Film Center in Portland on January 15, 2015. They describe the impetus for the film as “born out of frustration from witnessing decades of police misconduct, demands for change, and hollow responses from the city government.”

Arresting Power includes and builds upon Safe and Sound? by adding archival newsreel footage from the Oregon Historical Society that includes the 1975 Rickie Johnson shooting, the 1981 Possum Incident, and the 1985 choking death of Tony Stevenson. Darby, Perini, and Yanke have also added material showing the organizing–the rallies, the community meetings, the protests, and other forms of activism–by Portlanders who refused to sit down and shut up. 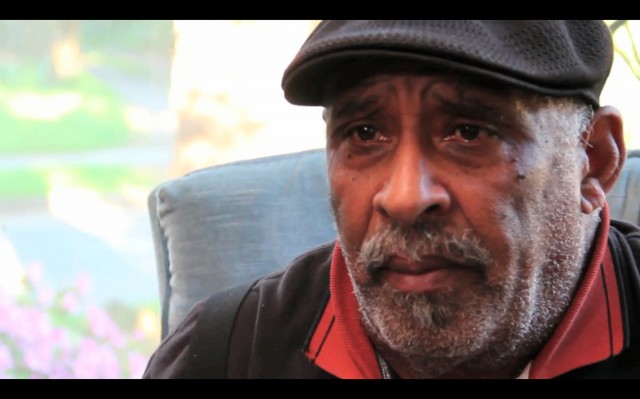 According to Darby, it was important that Arresting Power have a wider appeal than its progenitor. “Safe and Sound? was a video loop shown in an insular gallery format,” she said. “We wanted to turn it into a feature-length documentary, so we had to rework our entire set of media to create a more coherent narrative flow. We also wanted to add a powerful beginning and ending, which we did not have before.”

Darby said these changes will “provide more access and more opportunities for public screenings” allowing the film the be viewed “by a broad audience–not only artists, activists, and academics, but also regular folks who might not have heard some of these stories.” Additionally, Darby, Perini, and Yanke hope to distribute the film widely to high schools, churches, community centers, university centers, and other community gathering spots.

By bringing the film to a wider audience, Darby, Perini, and Yanke hope to get more people considering “what it means to have police in our society.” But getting the film out is not so easy and the trio currently are trying to raise $20,000. “We realize that we live in a very competitive environment when it comes to media,” said Darby. “If the media is slick, people will accept your message. If your media does not look professional, you run the risk of people not taking you seriously. It’s not necessarily fair, but it often is the case, especially with respect to political art.”

In the wake of  Ferguson, the ground is now fertile for organizing alternatives to current methods of policing, ones that foster understanding and healing from within the community, and not violence and oppression from outside. There have been strong moves in that direction over the past few months, galvanized by Michael Brown’s death, building upon years of organizing, experimentation, and yes, success. Arresting Power offers people–both those living in Portland and those outside it–another tool to create change.

Traditionally, it is difficult to consider alternatives to established institutions, and even minor reforms to the police–no PPB officer has been held accountable for a shooting in over 30 years–are difficult. But time and again  history shows that people can do the impossible. “Every radical idea of its time eventually becomes common sense, “ Darby said. “At one time the idea that slavery should be abolished was unthinkable for many people.”

“Prisons and police are the questions of our time: How can we keep our communities safe and free of harm without the institutions of police and prisons? The current system is not working. It is possible to establish systems that protect everyone without this high level of social control. We want people to start to imagine new possibilities.”

To contribute to the Kickstarter campaign to help complete the film, go to: https://www.kickstarter.com/projects/1691685662/arresting-power-resisting-police-violence-in-portl